Transversal Aesthetics is a platform for experimentation with art, education and social space. A place of confluence between artistic practices as a space for critical research; educational activities as a space for the production of content, interaction and transfer of learning; and the urban context as a space of relationship between specific themes of work and a specific active social space surrounding it. A platform in medium-sized urban spaces, as generators of social, cultural and environmental spaces at the boundaries between rural and urban. The project is based upon the cross-disciplinary dimension of art in order to bring experiences together with activities, which impact upon singular elements based on common themes and strategies shared among various participating agents and bodies.

In the framework of this platform a open call for artists and collectives was opened,  and "Cuando tu materia deviene desborde" is the artistic project by Francisco Navarrete Sitja which has been chosen in the open call, promoted by IDENSITAT and CENTRO DE ARTE CONTEMPORÁNEO HUARTE. The project was developed in two phases from September 2017 to January 2018. The project will attempt to generate a speculative and critical dialogue about the Arga river, using the notion of breaking the river-bank and social imaginaries and life experience linked to the force of water; imaginaries belonging to the localities of Huarte, Barlada and Villava (Navarre). Thus, through the artistic search for new systems of relationship between representative and divergent elements of the territorial context, the project "When your material spills over" will attempt to encourage branching from the topographical narratives, bifurcations which – sensitively – promote new ways of considering the power of a hybrid environment, materialities and means of shared living.

The prsentation of the project was made in two phases, and the results of both public actions are published in a single catalogue, which will be presented of February 15th at Molino de San Andrés (Villava, Navarra) with the participation of Fransico Navarrete, Centro Huarte, Idensitat, and Itziar Almarcegui. 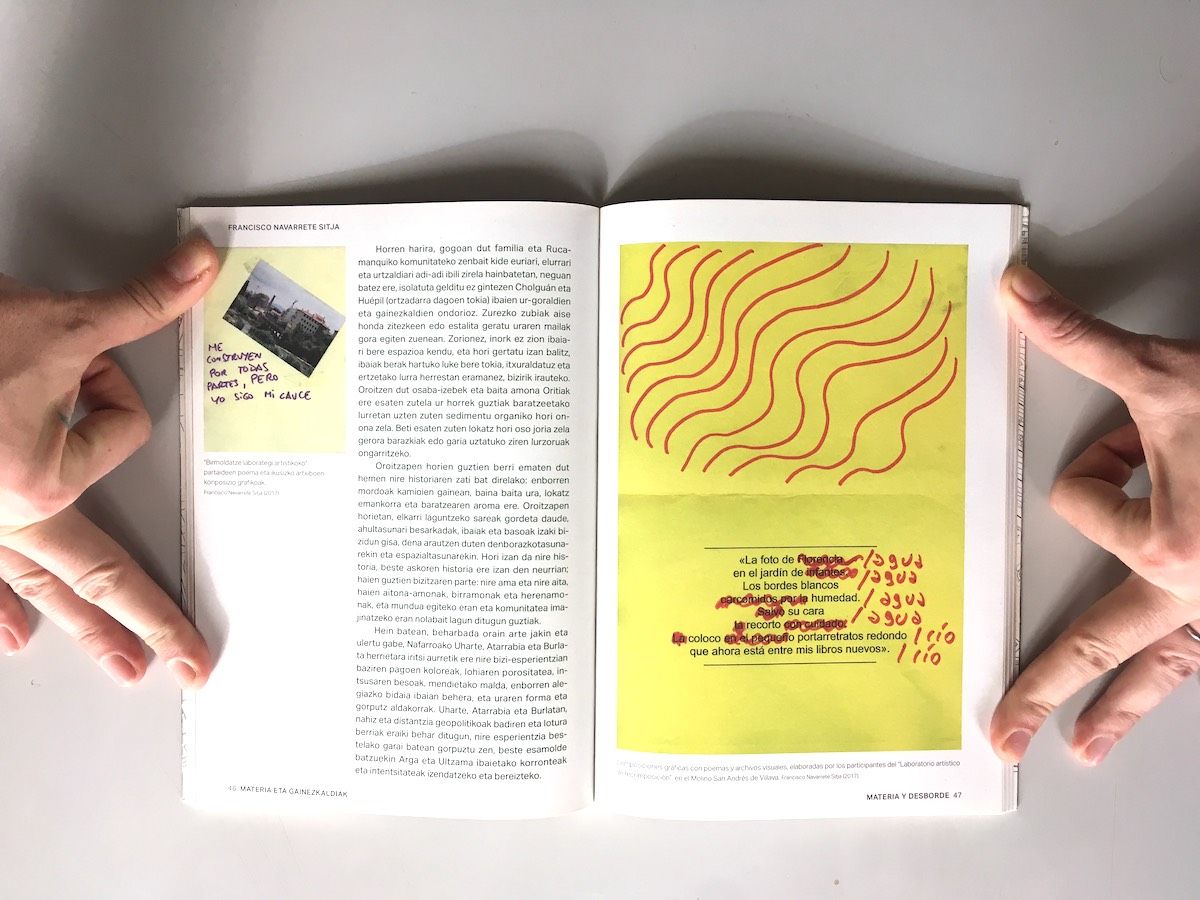 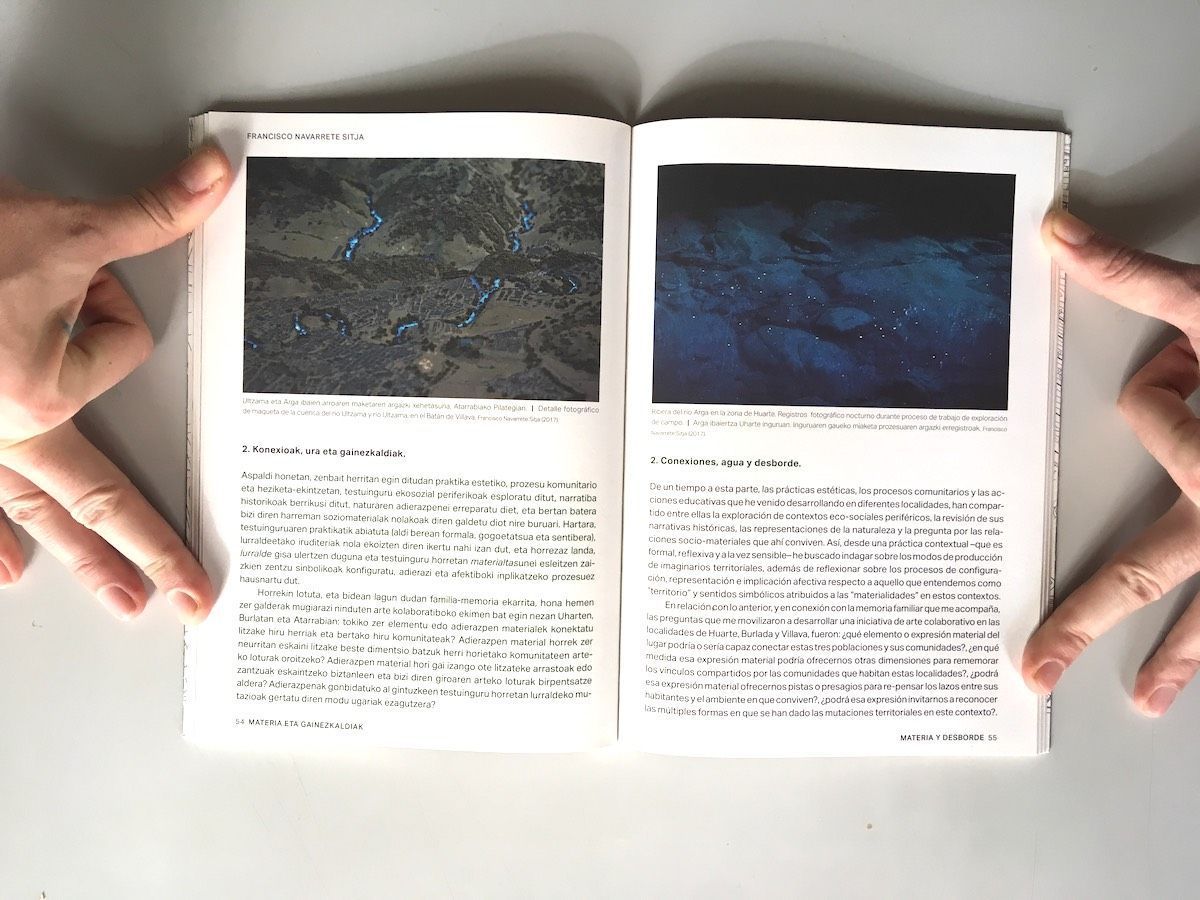 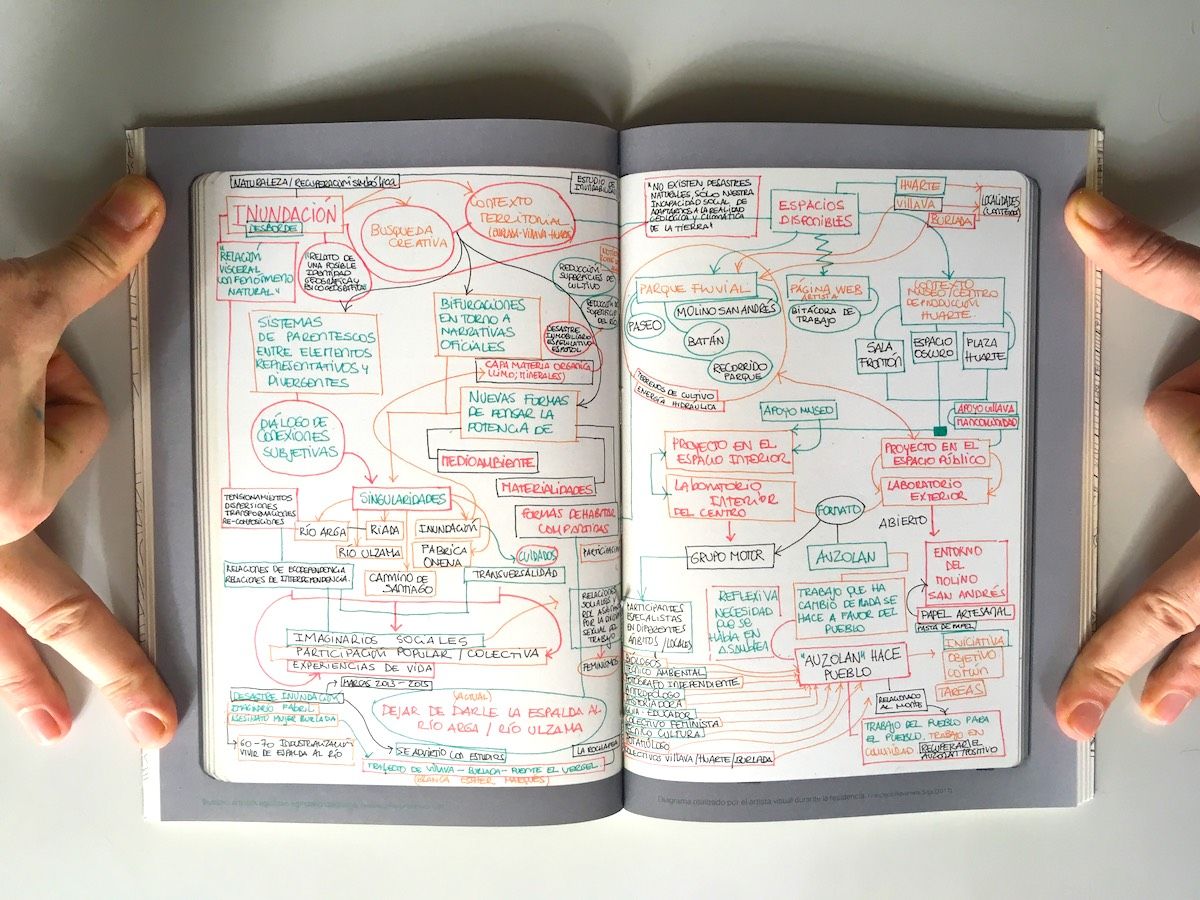 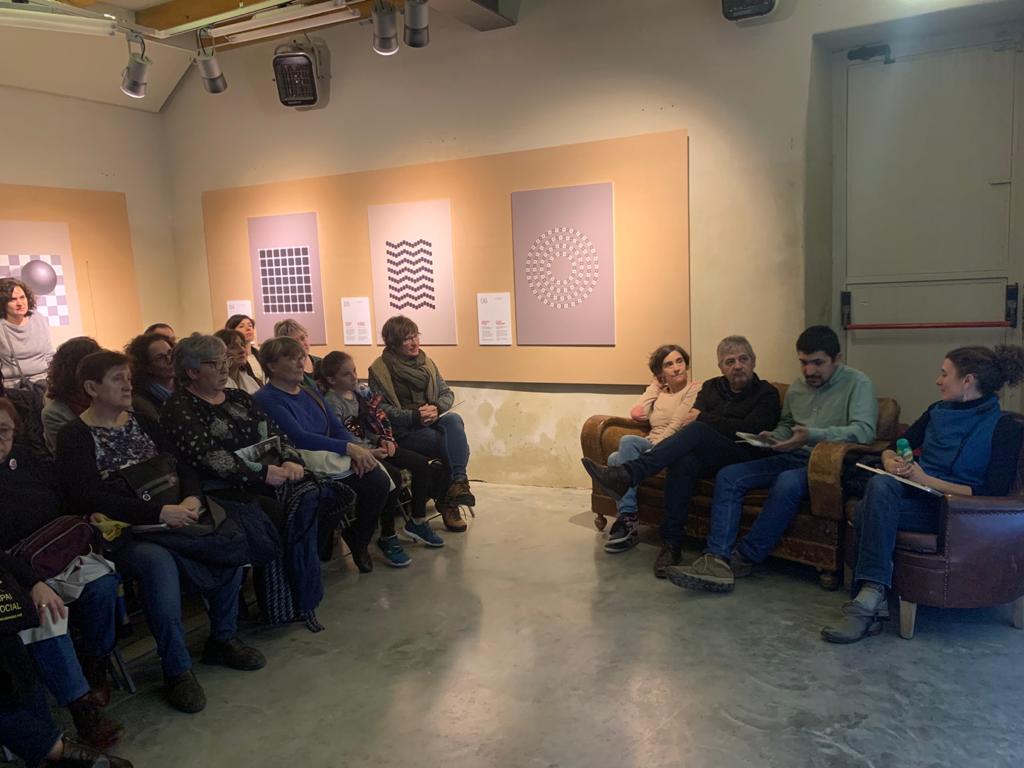 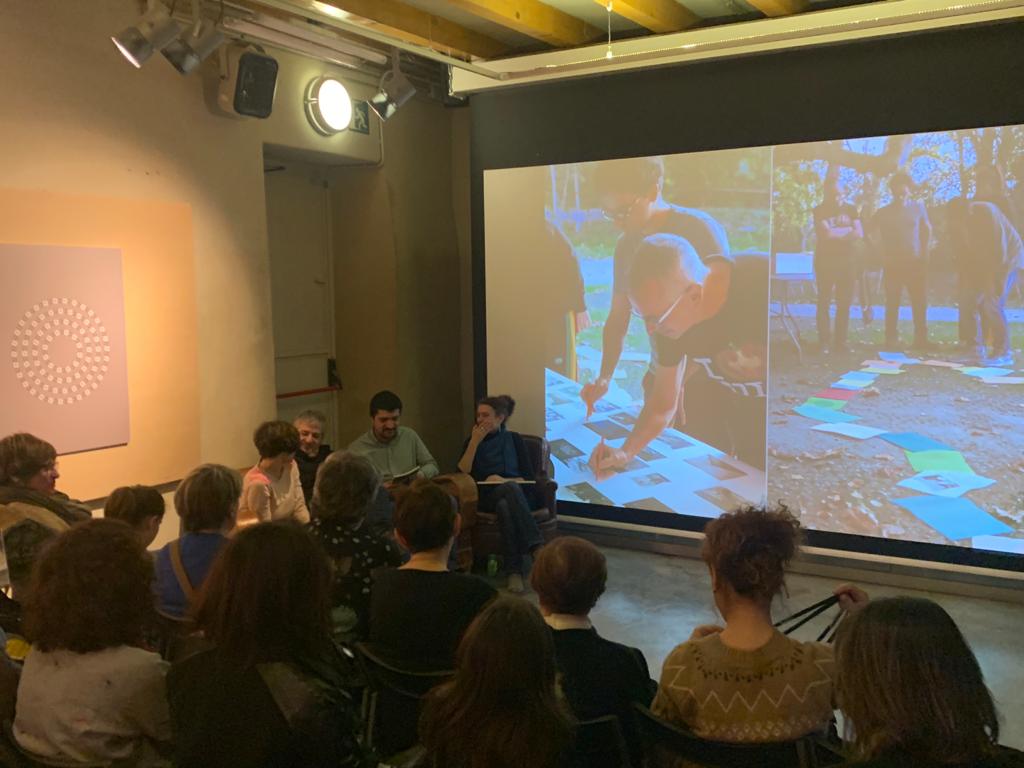 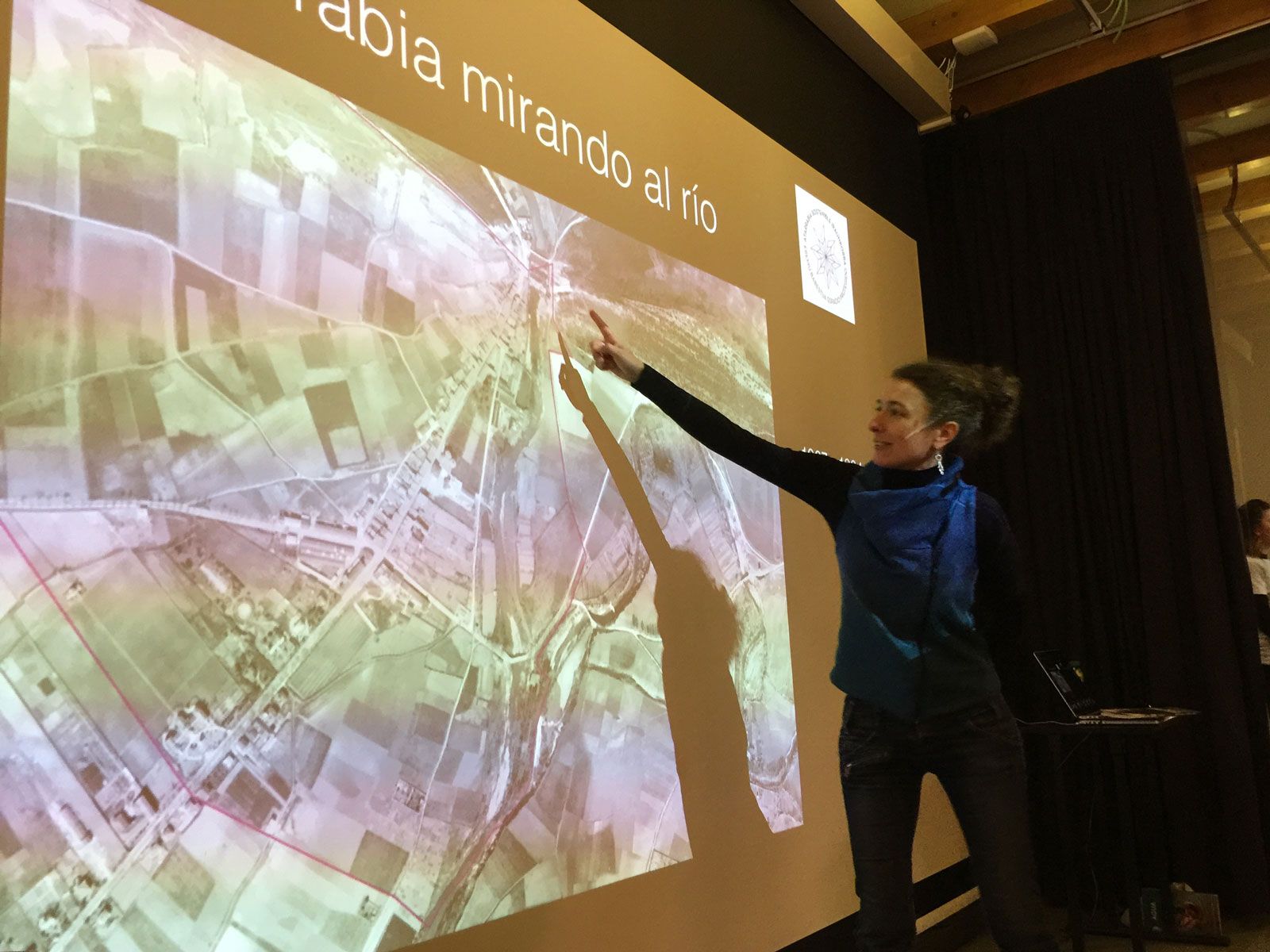 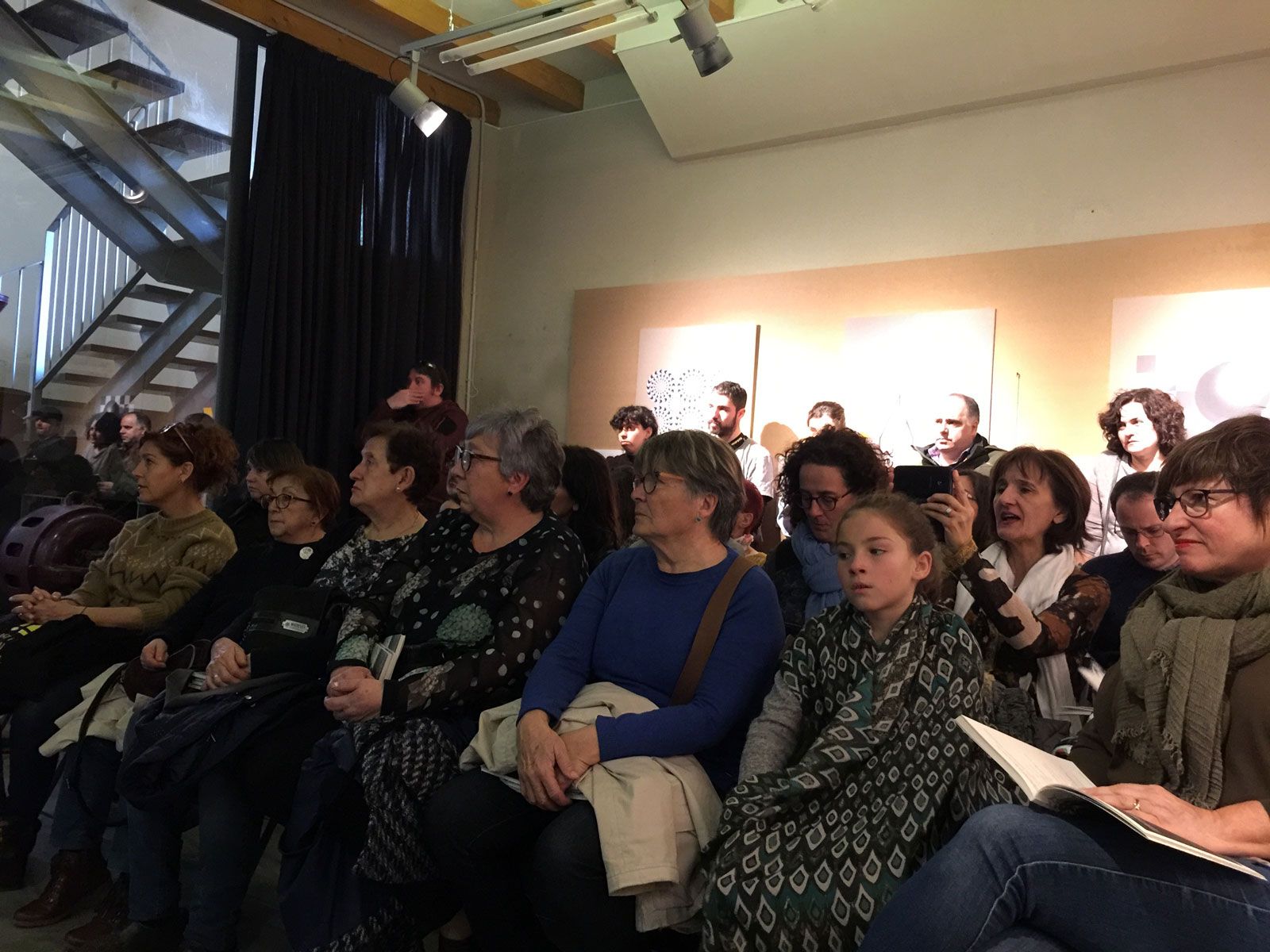 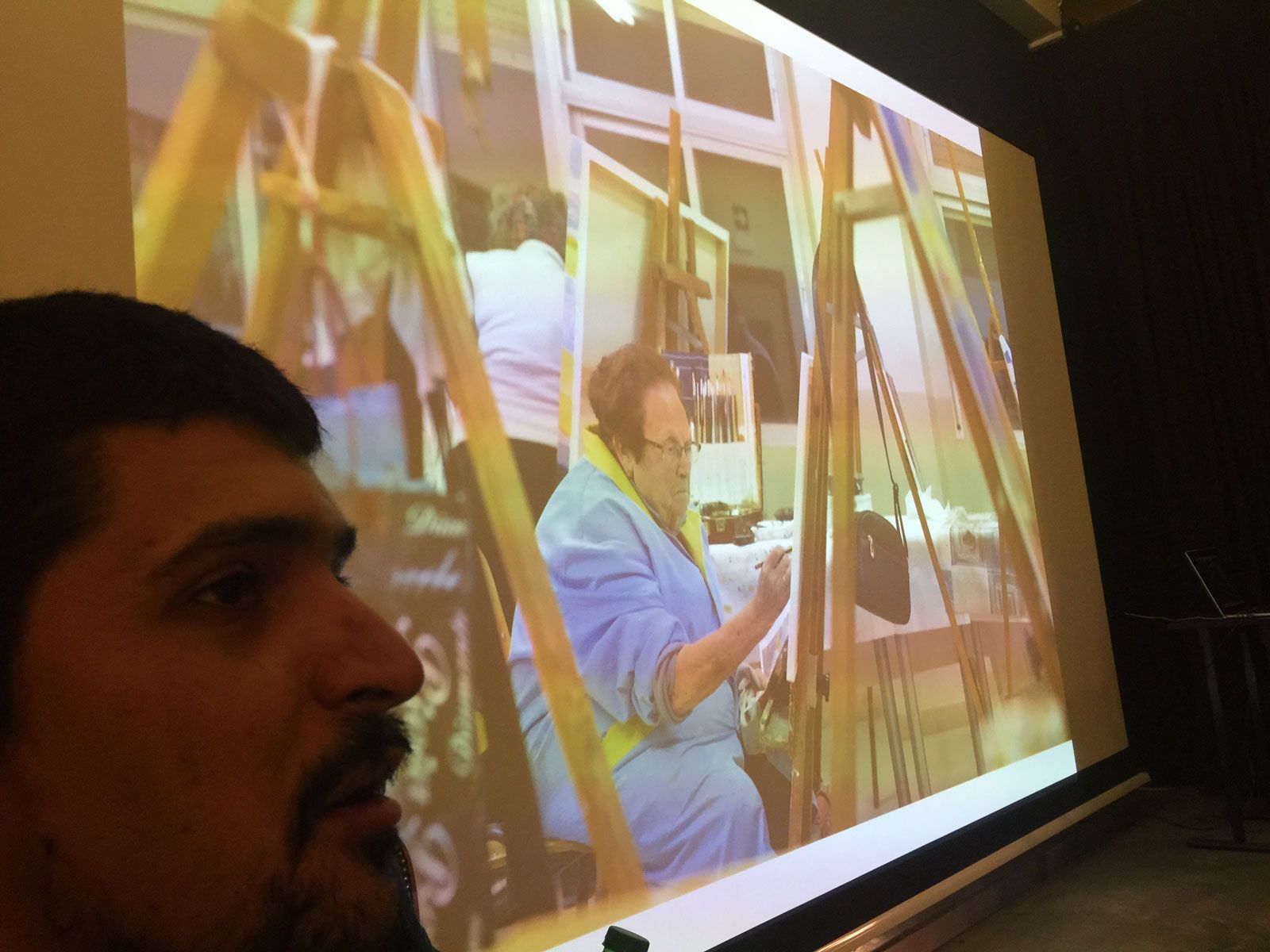 > Read publication on the web 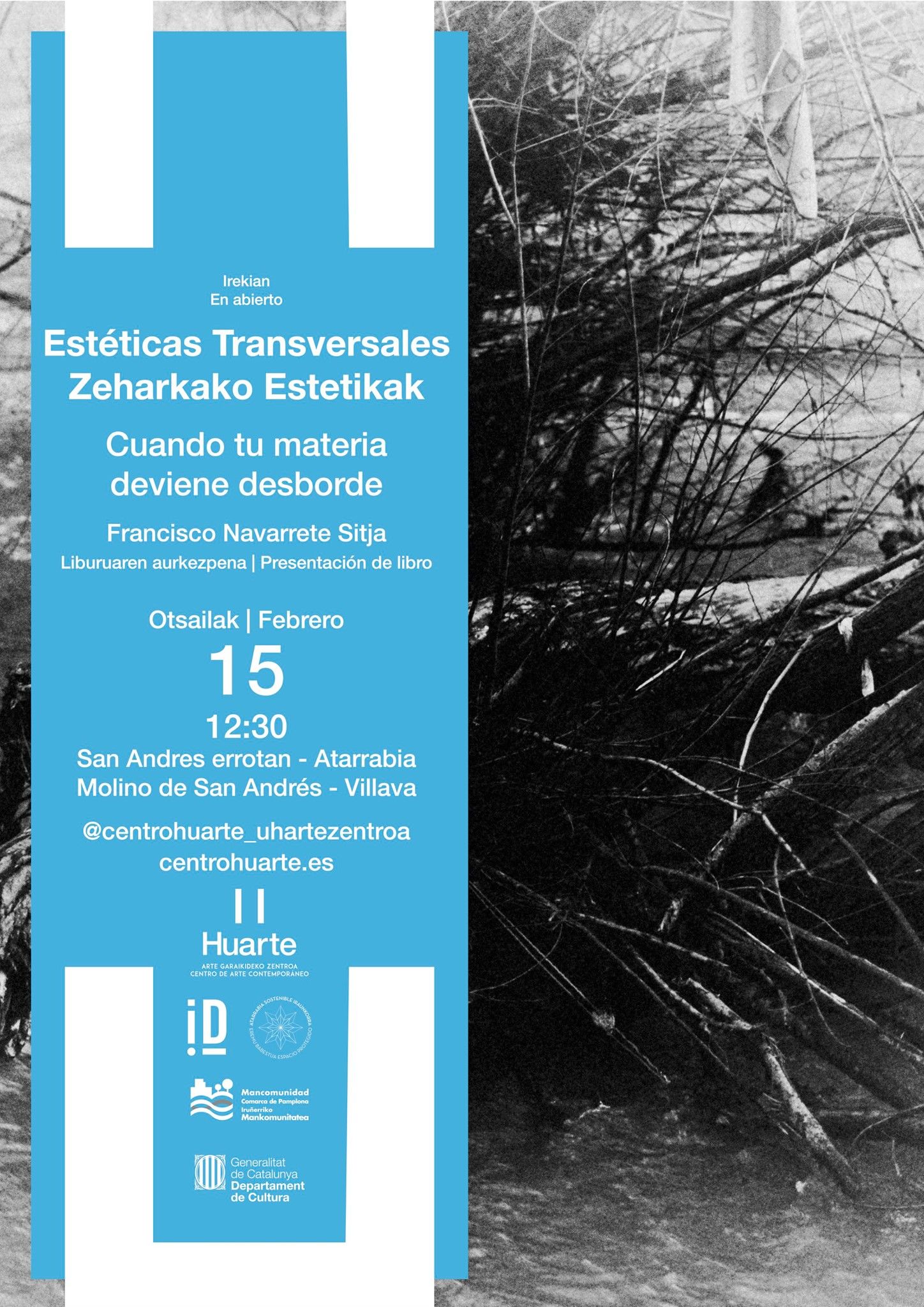