Fundación Cerezales Antonino y Cinia (FCAYC)
The Fundación Cerezales Antonino y Cinia (FCAYC] is a private institution with a policy to provide a public service, located in Cerezales del Condado in the province of León. It is made up of work and research departments related to culture and contemporary art, sound and music, and ethnoeducation . Its location in a rural environment is the result of a conscious choice and permanently affects the institution, underlining its role as part of an ecosystem . FCAYC works along the lines of complex and highly fragile processes that represent an invitation to dismantle the centre-periphery relationship and work in a (self-)critical, open and uninhibited direction.

FCAYC’s action is impossible to imagine without the idea of a neighbourhood community or, further still, the idea of it belonging to a multiplicity of such communities: geographic, human, non-human, thematic, political or methodological. 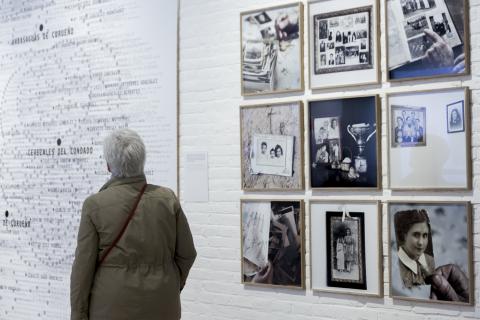 Archive Territory ( Territorio Archivo ) is a “documentary” camouflaged inside an archive but one that is more eloquent because of the discontinuities it reflects rather than any attempt to totalise any territory as a continuity . It currently consists of 3,500 documents and is still growing. These documents have the virtue of actively involving domestic curators; users, artists and laypeople; inhabitants and passers-by in contact with the archive and its territory. Its custody is not the task of archons . Instead responsibility for its care is given over to ordinary citizens, to local residents who are not aiming to impose their hierarchy or any kind of vision – albeit to negotiate this, perhaps – and who are dedicated to contributing their memories with all the drawbacks this may entail. It contains routes and modes of inhabiting that always maintain the same starting point: non-fiction.

CENTRE FOR POSSIBLE STUDIES/ RE: ASSEMBLY . LONDON
Centre for Possible Studies
The Edgware Road project began in 2008 as an offshoot project of Serpentine Galleries. Working with local people in this neighbourhood in west London – a conflicted area that is home to some of London’s richest and poorest communities – the Centre for Possible Studies was initiated as both an organising space and a conceptual framework for the project. Possible Studies are generated by local and international groups of students, workers, activists and agencies who together develop analyses of and responses to the growing inequalities in the area. The Centre for Possible Studies has occupied three empty buildings during the project’s lifetime and has taken up residence in a number of care homes, schools, etc. Its transient nature reflects the conditions of the road, both in relation to the aggressive process of property development and its function as a space where people from all over the world come and go. The Centre for Possible Studies is home to edgwareroad.org , the project’s archive, and will soon be installing a bookshelf for its own and other local projects in a local library. 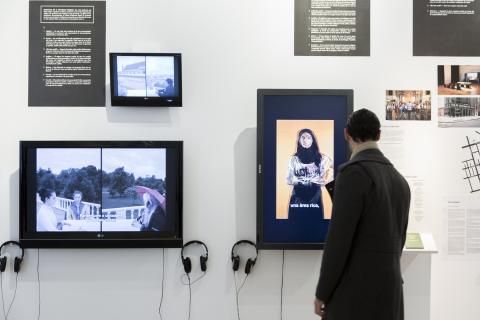 Building on the Dis-assembly project which took place in the Edgware Road neighbourhood from 2004-2006, the sound-based art and political organising collective, Ultra-red, spent five years working inside and outside the curriculum of St Marylebone Church of England School. Carrying out projects on power relations and how these are organised at the school and in the local area and broader society, the project was based around the question: what is the sound of citizenship? Students, teachers, local activists and community organisers worked on research into the area and the school in maths, geography, history, dance, drama, visual art classes and through after-school activities and summer programmes. Projects addressed the gentrification of the area, the reorganisation of learning and the contradictory expectations placed on students; i.e. that they be bearers of the future and responsible enough to take on increasing amounts of debt while at the same time unable to configure their own relationship to the educational process.

CITY'S MUSEUM FOUNDATION/ SAN ROQUE MARKET. QUITO
Community mediation at the city’s museums foundation
Community Mediation (Mediación Comunitaria) was an interdisciplinary team that was set up in the year 2012 within the City’s Museums Foundation (Fundación Museos de la Cuidad). It operated until early 2016. During this period it worked together with communities, establishing work agendas that responded appropriately to discussions in the territory and the construction of common ground.

We set up tools for research, education, urban agriculture, architecture and participatory design. We implemented channels for participation so that community groups could influence the spaces, programmes and management models of the museums, recognising asymmetries and power tensions affecting the relationship between cultural institutions and social organisations. 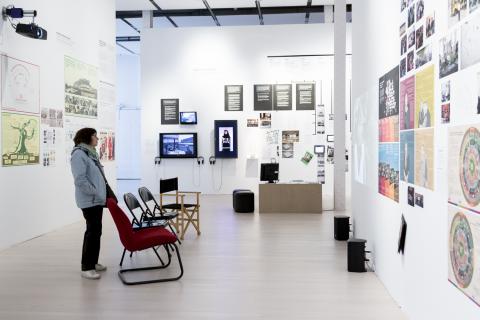 The San Roque Market (Mercado San Roque), located in the historical (colonial) centre of Quito, brings together between 2,500 and 3,000 permanent jobs organised into 21 associations but also represents an uncalculated informal economic network of people that supplies the city with basic essentials and meets 17% of the total demand. It provides the city with a complex connection to its rural environments, becoming a space to receive internal indigenous migration. In addition to commerce, the people’s market also features a network of traditional trades and ancestral practices such as folk and natural medicine. It has acted as a platform for the self-management by Kichwa-speaking parents of bilingual intercultural education spaces, the only spaces of this type in the city centre.

Popular and indigenous commerce in the city represents a historical struggle in constant tension with the city’s government and the different discourses of control, regulation and expulsion that today revolve around the notions of heritage, tourism and security.

Community Mediation at the San Roque Market comprises different moments ranging from an attempt to influence town planning through collective cartographies and the development of community proposals to the establishment of learning spaces inside the museum. The overall objective is to draw together political and methodological tools that will help us to reconsider our position as community mediators and museum educators in spaces that promote bilingual intercultural experiences. Throughout the entire process we have worked with the San Roque Market Defence Front on the conceptualisation and design of educational materials that, firstly, combat the media stigmatisation the market has suffered but that also encourage spaces for dialogue in the market to promote recognition and strengthen the organisation.

INTERMEDIÆ. PAISAJESUR - SELF-BUILDING USERAVILLAVERDE. MADRID
Intermediæ
Intermediæ is a space for the production of and research into site-specific artistic practices which initiates a dialogue between the outside and the inside of artistic institutions. It keeps alive the question regarding the social and political meaning of art while also accompanying, inviting and supporting creators and other cultural and social agents. Through distributed expertise and experimental collaboration between different disciplines, we explore the elements artists are borrowing from other fields and ask ourselves what the returns are for society, as well as the potential of their practices to spread and grow.

PAISAJESUR - SELF-BUILDING USERAVILLAVERDE . 2013-2015
PaisajeSur - Self-Building UseraVillaverde is a project that has emerged from a dialogue, an open conversation between residents from Usera and Villaverde, artistic collectives with a focus on critical urban thinking and intervention, and the public authorities. This initiative seeks to promote the recovery of spaces that have fallen into disuse, disrepair or have been ignored, with the idea of recreating new uses, functions, meanings and values. Its objective is to trigger processes of shared construction/transformation through local residents’ experiences and ongoing relationships with these places, the uses and practices developed in them thereby turning them into new landscapes. In short, the intention is for people to recognise their ability to intervene in the landscape that provides the framework for their lives.

By June 2015 the project had led to the implementation of two architectural schemes to improve urban community allotments. These are located, respectively, in the district of Villaverde: V de Villaverde , in the neighbourhood allotment called Huerto Ladis, and a second in the district of Usera, U de Usera , located in the San Juan parish. The project is also equipped with a series of mobile infrastructures and devices for shared use in the implementation and functioning of the programme of neighbourhood activities: Comunes Villaverde ( Villaverde Commons ), in the Plaza Mayor of the district of the same name, and Cinema Usera ( Usera Cinema ), located in the Primitiva Gañán Park in the Usera district.