IDENSITAT, together with the Consorci de Museus de la Comunitat Valenciana, announces the the third edition of the Transversal Aesthetics programme, which, under the title IMMUNITY – COMMUNITY, will promote three combined research and production projects in the cities of València, Alicante and Castelló, bringing artistic practices to bear on social spaces within specific contexts in each of the three cities.

The plan for the project includes enacting a series of production and experimentation activities jointly with artistic, social and educational contexts, two temporary residencies subject to a public open call, and a third by invitation. The programme will take place during 2022 and early 2023, and is part of the European project Who Cares?

In the context of Castellón, Idensitat has invited Cúmul, an artistic association and collective workshop located in Castellón, to develop an experimental project that spans a working group, a programme of activities and a shared production space. The project Vítol, A Laboratory to Re-define Festivals is, as its name states, a laboratory that attempts to re-signify the concept of the public festival, based on the conjunction of various texts, images and experiences that explain these community events and their immunising power.

The laboratory is deployed in several phases. In the first instance, a process of research begins, using bibliography, images, audio-visual material, texts and personal experiences on the theme of public festivals, taking as a case study the feast of La Magdalena in Castellón in an attempt to locate, rethink, problematise and reclaim its unique identifying features, as well as those features common to other popular and collective festivals, such as the processes of construction of the festival, the national epic (the appropriation of local or pagan elements by institutions linked to power), the ritual, the ritualisation, the institutionalisation of the public festival as an instrument of power, the costumes and the representational possibilities that the situation offers, the fictions, mythologies, legends and emotional engagement that arise form the staging.

In the second instance, in an activity between Cúmul and Idensitat based around the sharing of a meal, the above materials collected from the previous phase will be shared. The aim is to rethink, displace, problematise and analyse those elements of public festivals in a way that allows us to envision them on an emotional level from the from present and future perspectives, from discourses that include other bodies, or from the questioning of institutional power in tradition. As Hobsbawn rightly points out, the recent origins of many traditions that endure in society are invented, and therefore may be modified, updated, recontextualised. Therefore, centring the day’s activities upon food and the contact-making possibilities of the public festival, the Vítol laboratory registers, using audiovisual material, text and personal accounts, the potentiality of the meeting and the conversation on the theme of public festivals as a mechanism of collectivisation and social healing, with the possibility of reinventing the public festival, and expanding it to any body and territory.

The laboratory’s results, both from the research and from the collective action of dining and meeting, will be shared in a session at the Museum of Fine Arts of Castellón which will be open to anyone in the general public who may be interested in finding out more about this experience.

Vítol; A Laboratory to Re-define the Public Festival
May 7th / Cúmul: C/ Crinista Muntaner 4, Castelló de la Plana
What is it about local festivals that we love so much? Local festivals have changed over time, after all. they are popular expressions, but how might we generate present-day reappropriations of ‘folklore’ in order to activate new common spaces? How might we rethink pre-existing common and traditional narratives to include more inclusive and diverse ones? How to turn local festivals into a more plural experience? 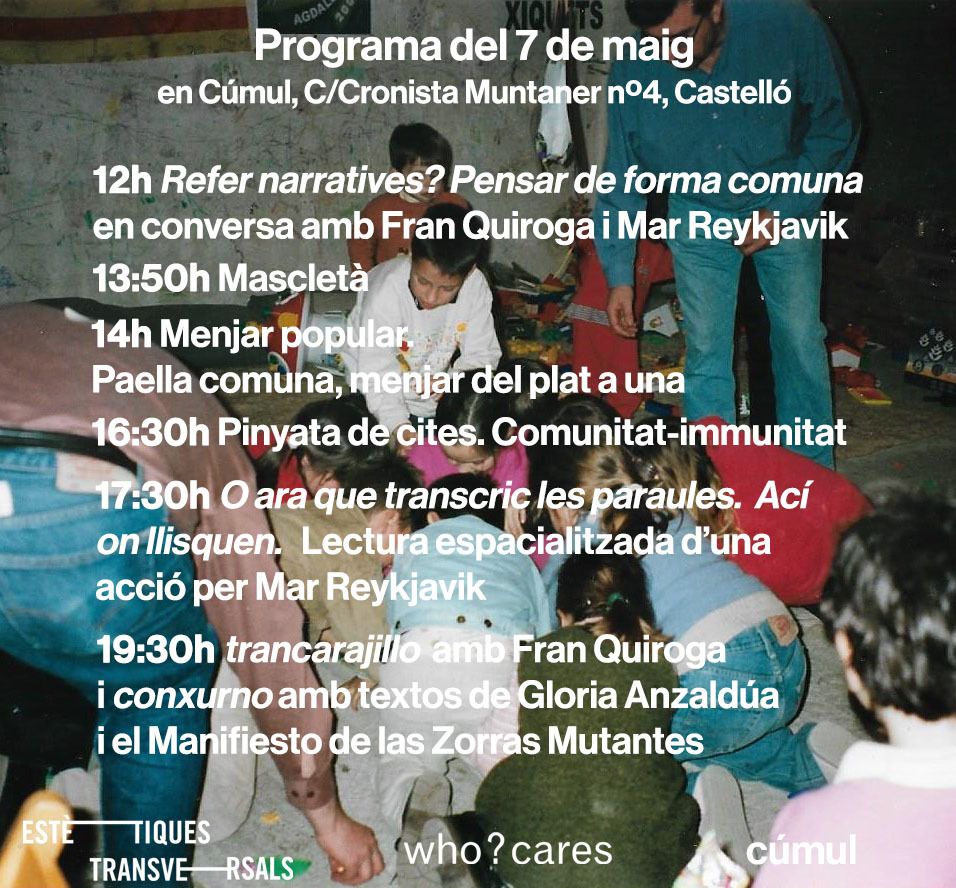 'Vítol; A Laboratory to Re-define Festivals' will stage an open day on May 7th, in order to analyse the intersections established within local public festivals in relation to intensified globalisation, and to better understand the systems of immunisation that arise from these tensions. The session begun at 12 noon with a talk called 'Remaking narratives? Thinking in common' with transdisciplinary researcher Fran Quiroga and artist Mar Reykjavik, who, based upon their artistic practices and research, examine the deconstruction and reclamation of traditional festivals, understanding them through more contemporary, inclusive or non-normative approaches.
After the opening session, a meal and various activities were shared with invited guests and attending members of the general public, where apply these approaches to the concepts of community/immunity and the public festival.
This open day is one of the activities from Vítol; A Laboratory to Redefine Public Festivals, a research and experiential process by Cumul and Idensitat within Idensitat’s Transversal Aesthetics programme IMMUNITY-COMMUNITY, with the Consorci de Museus de la Comunitat Valenciana. 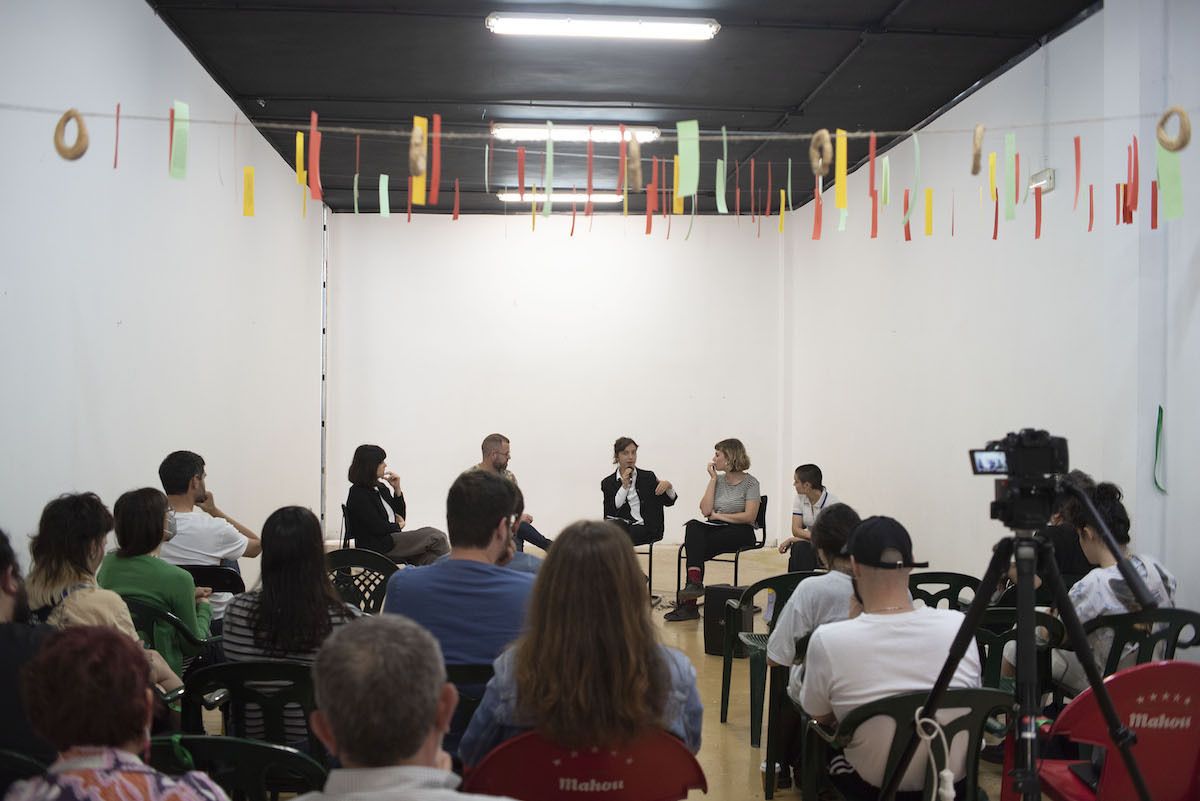 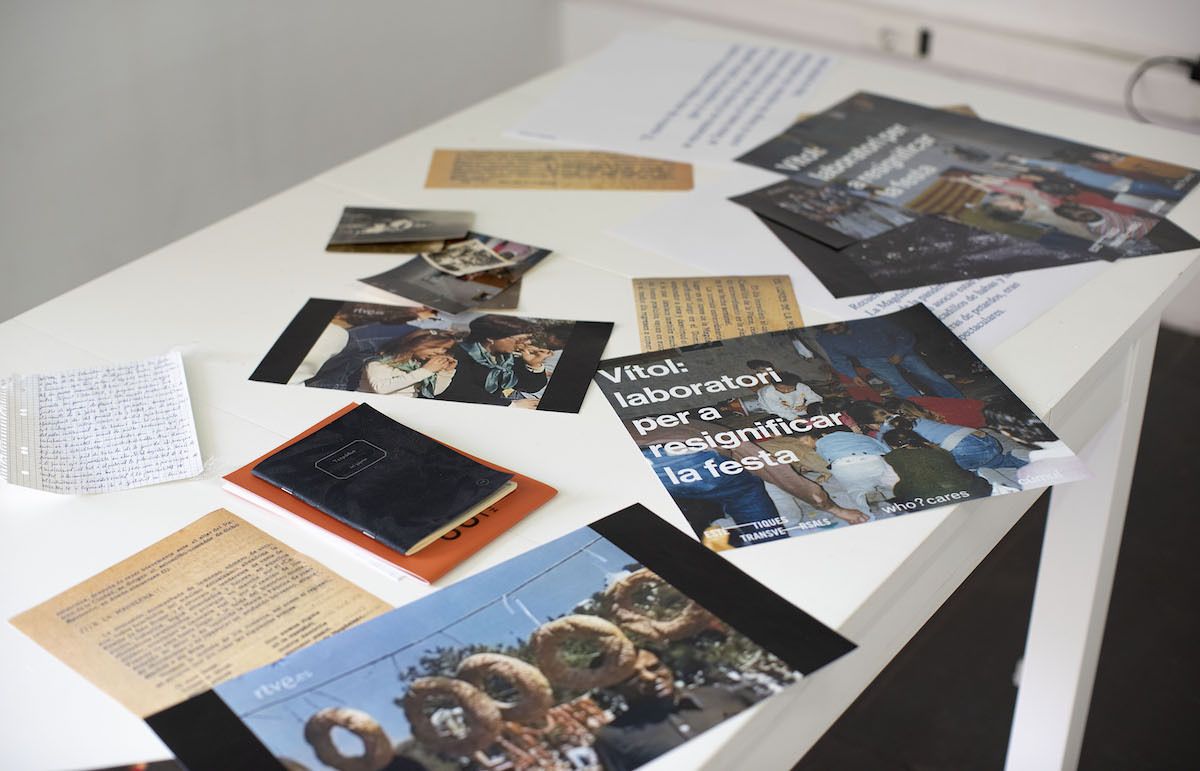 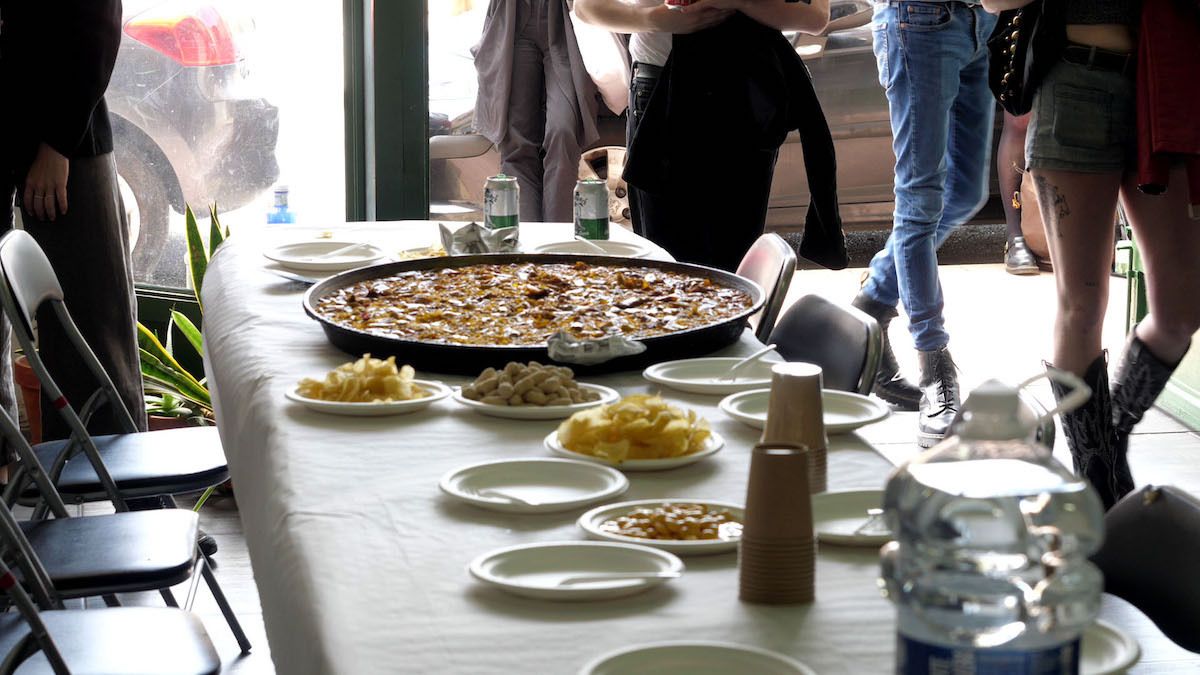 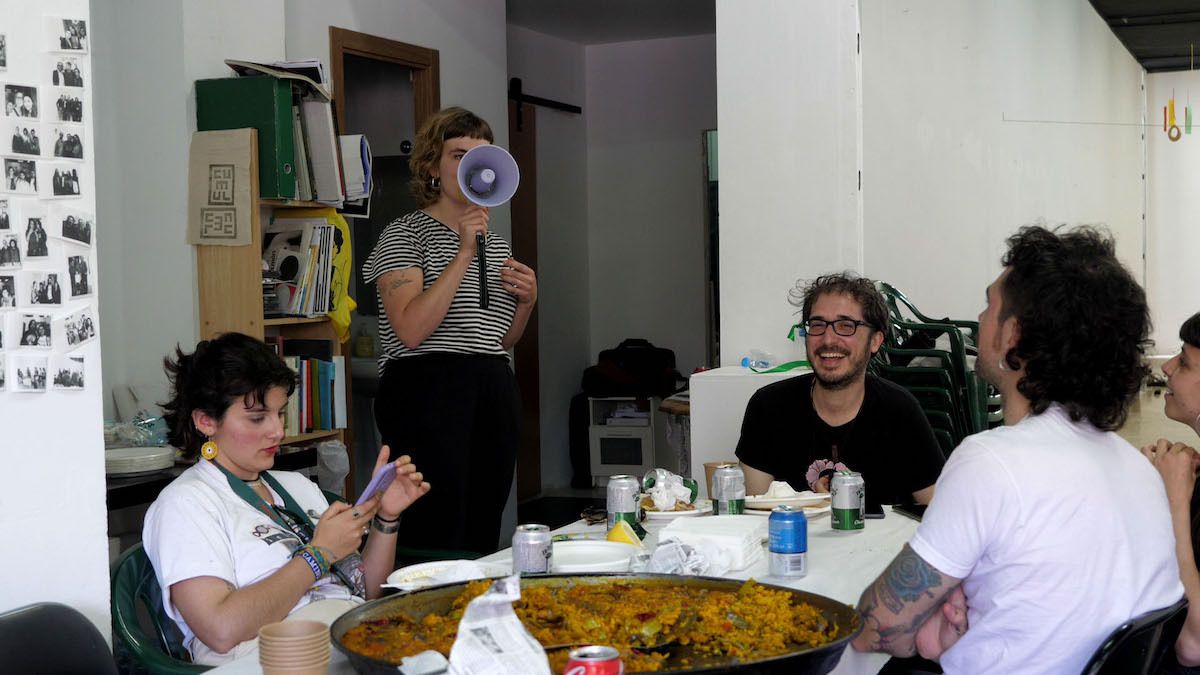 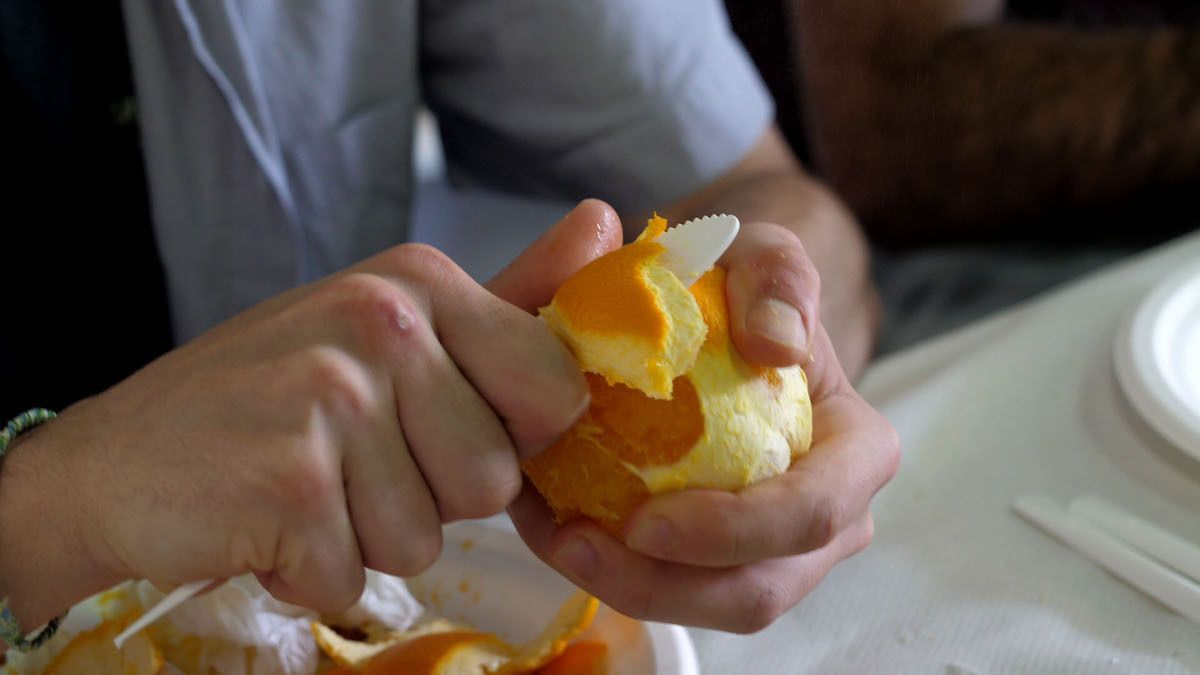 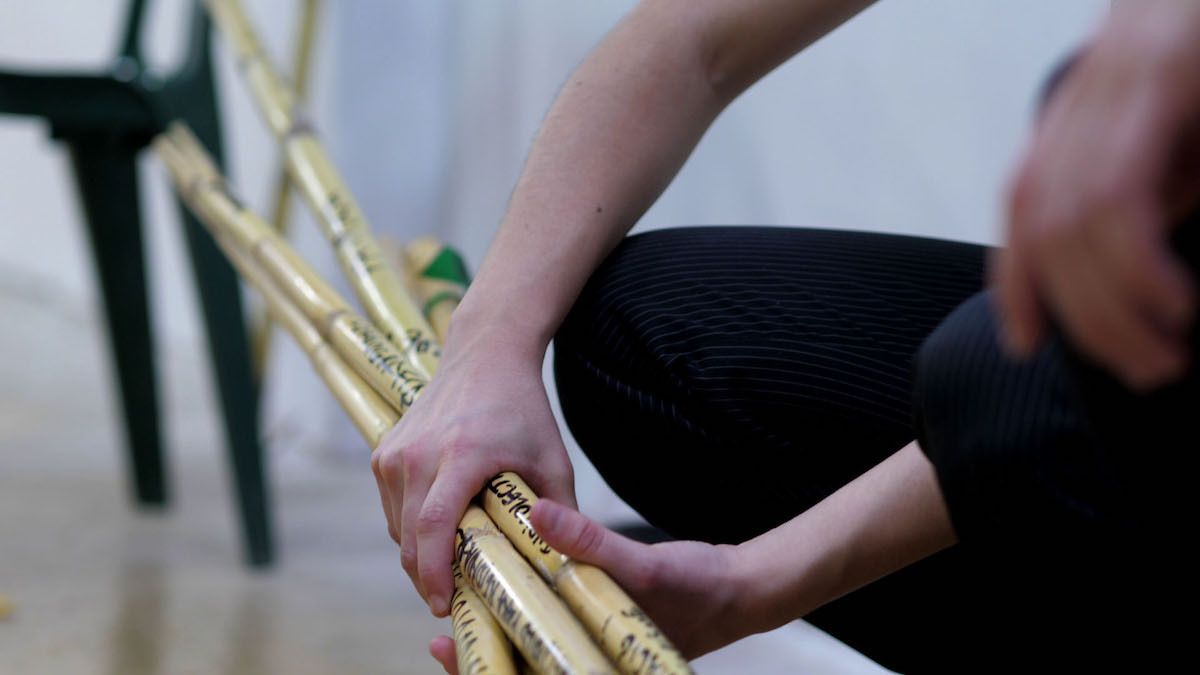 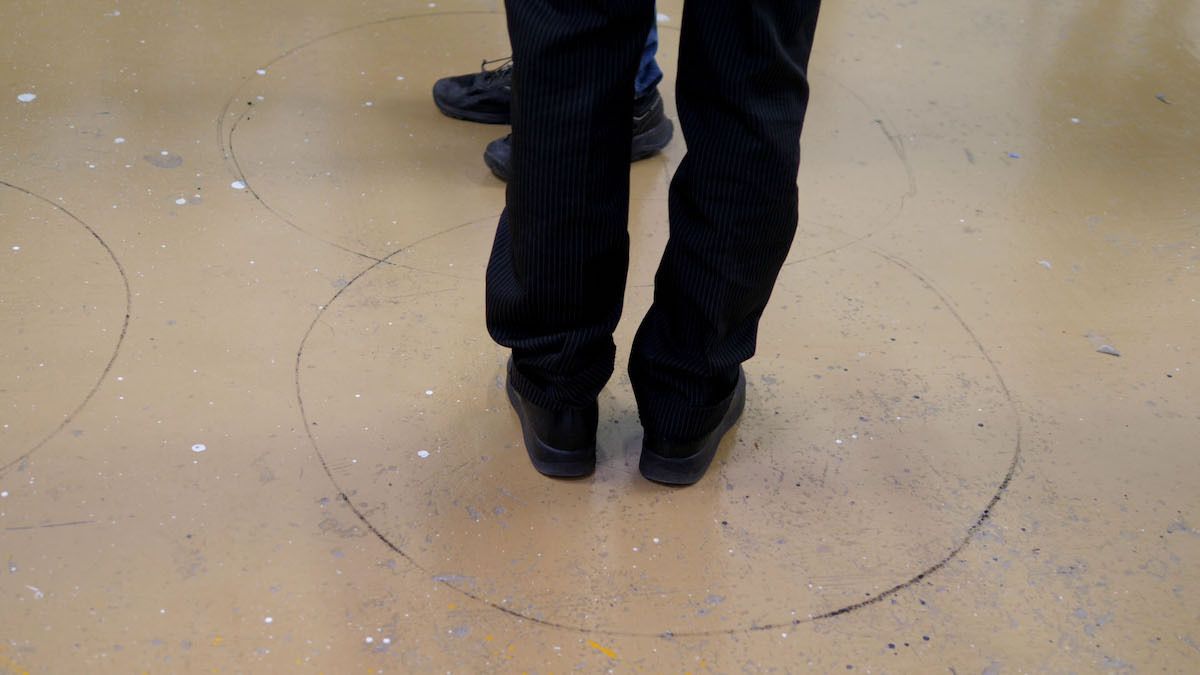 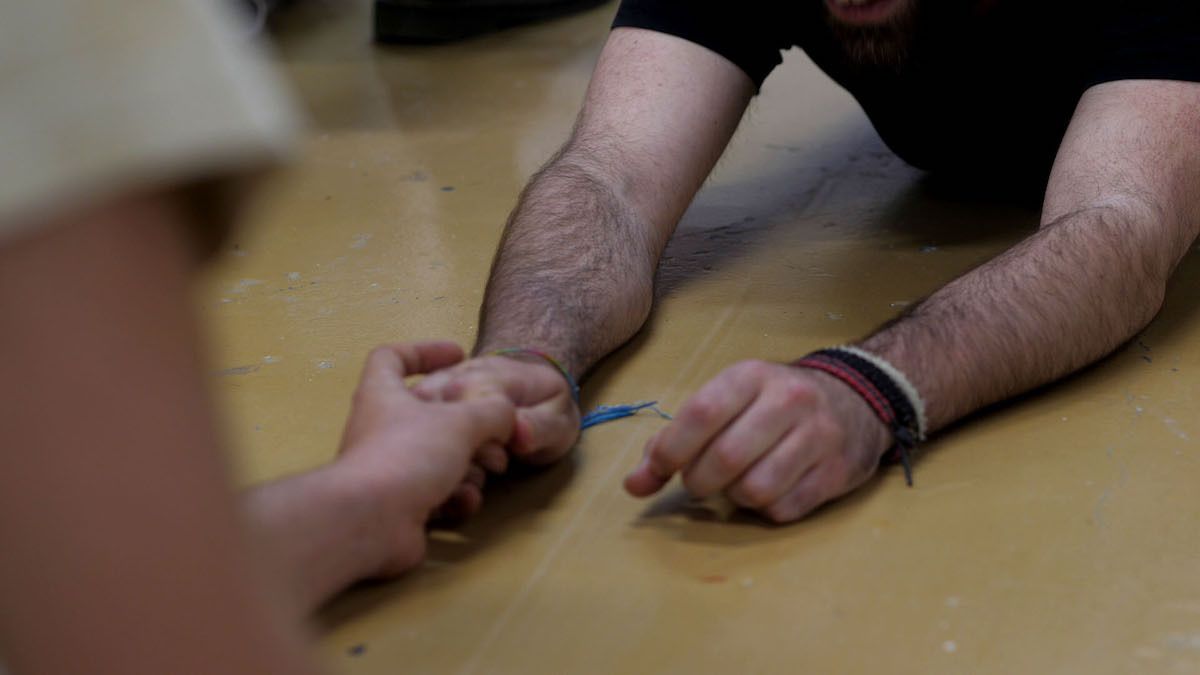 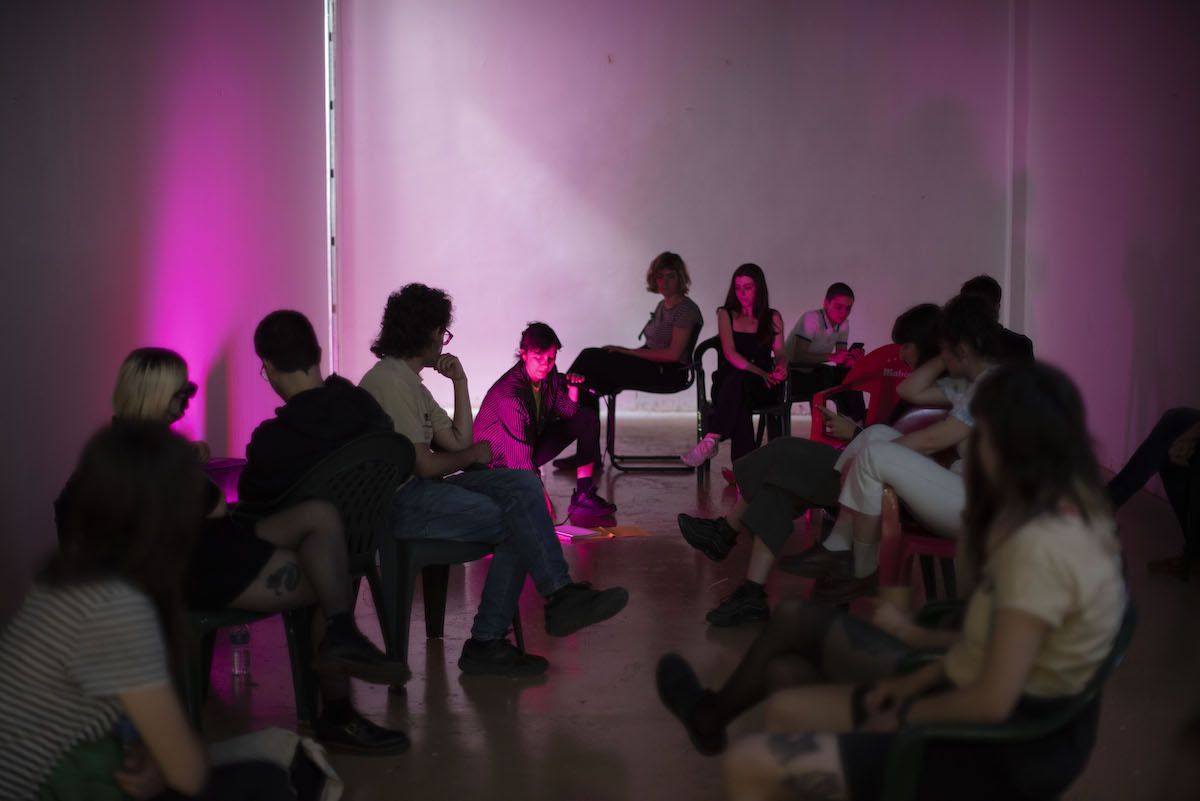 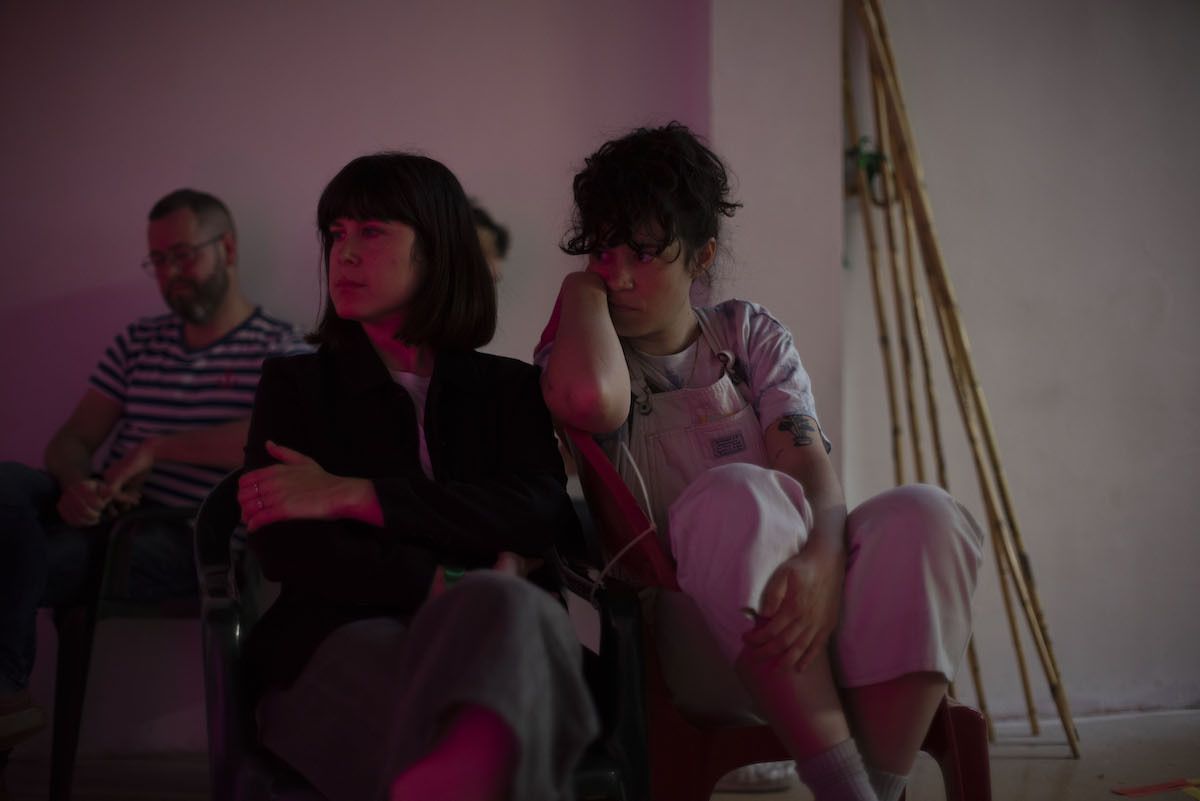 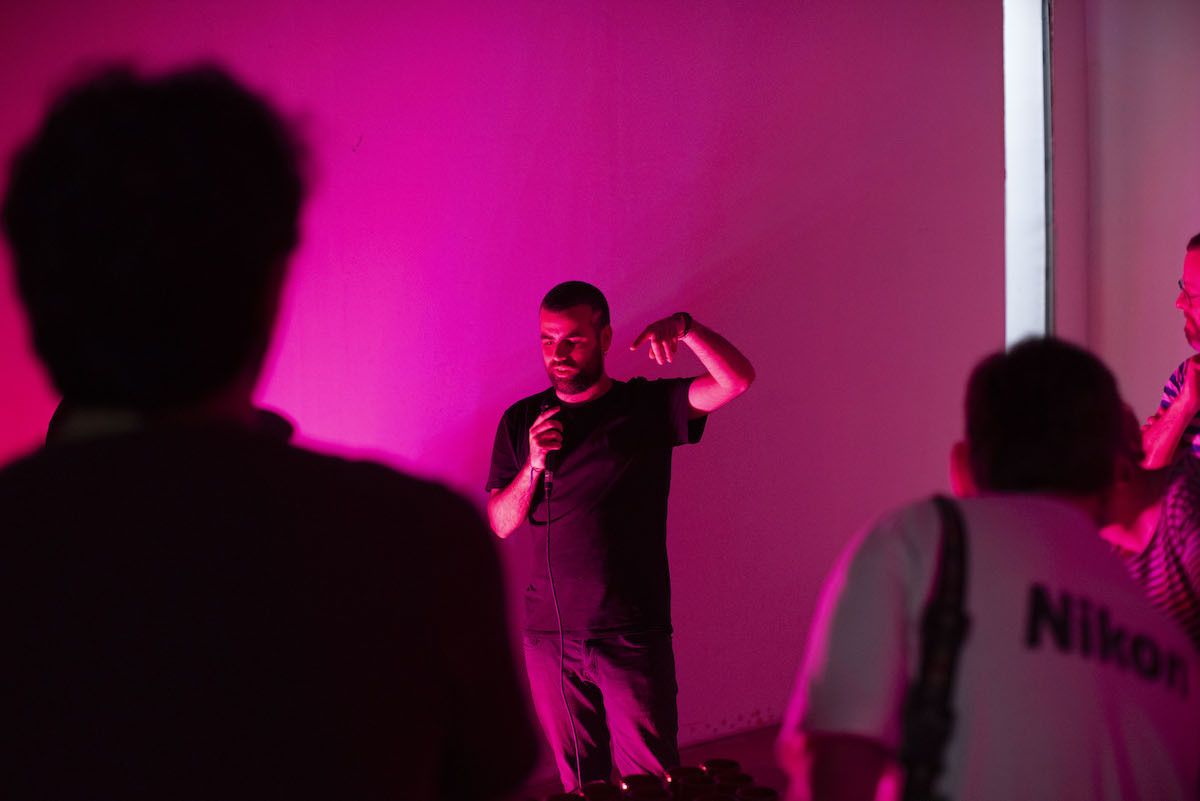 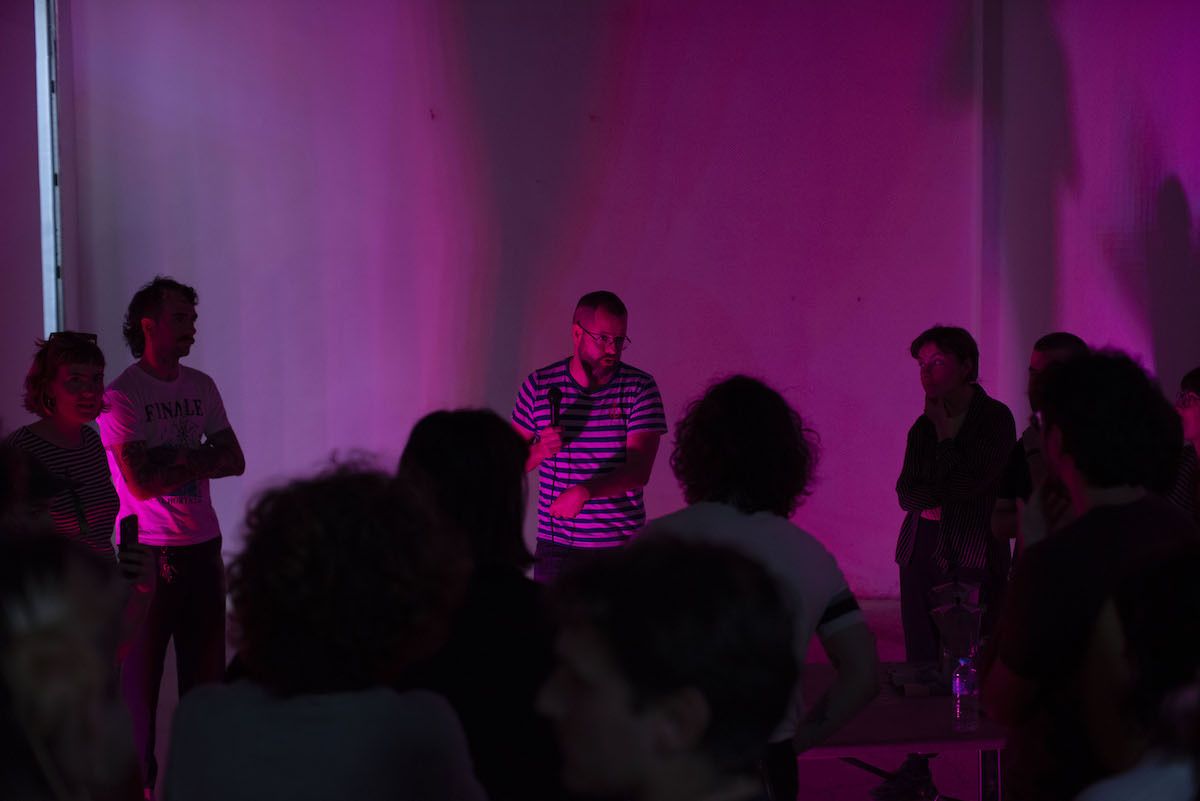 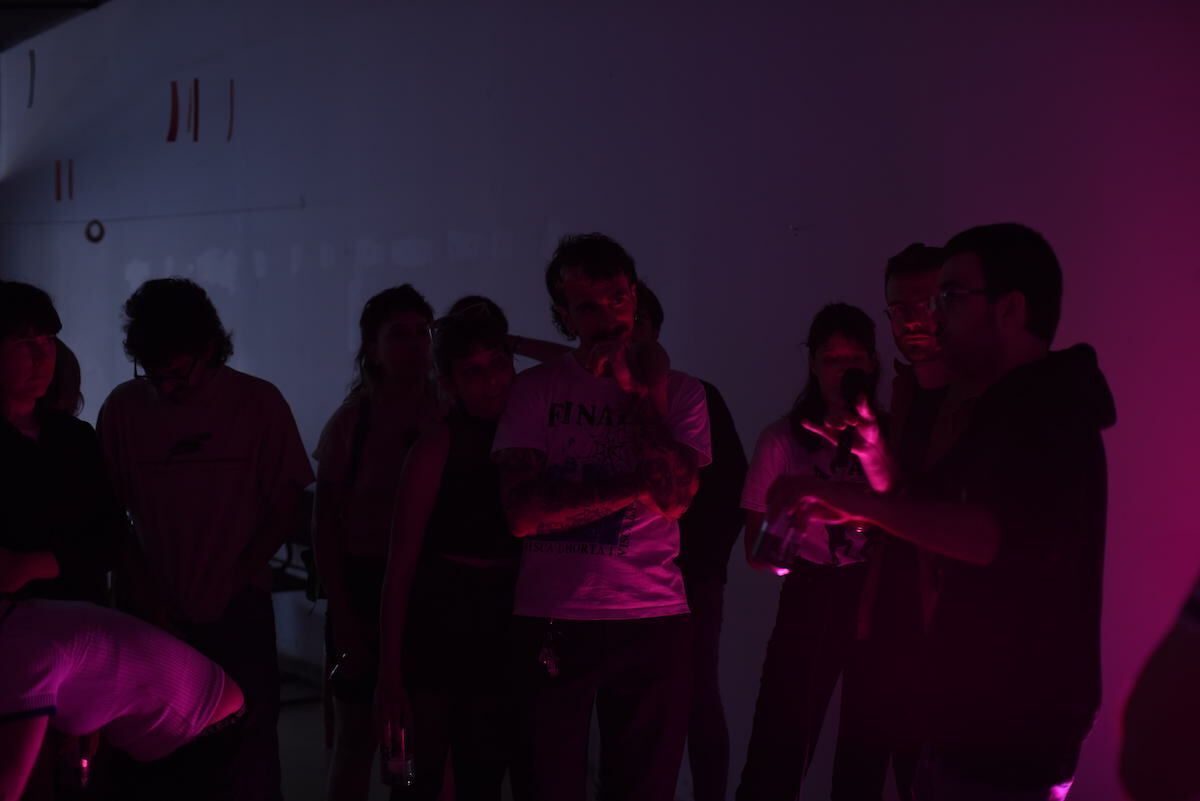 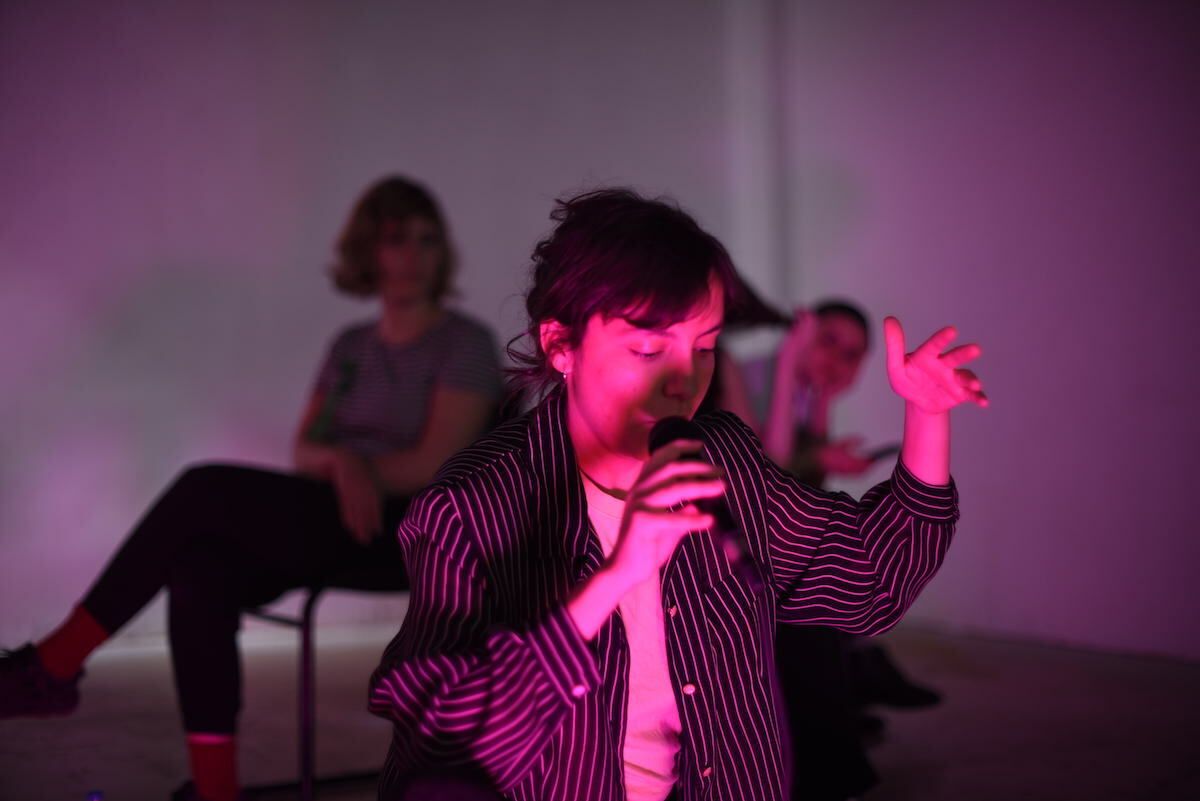 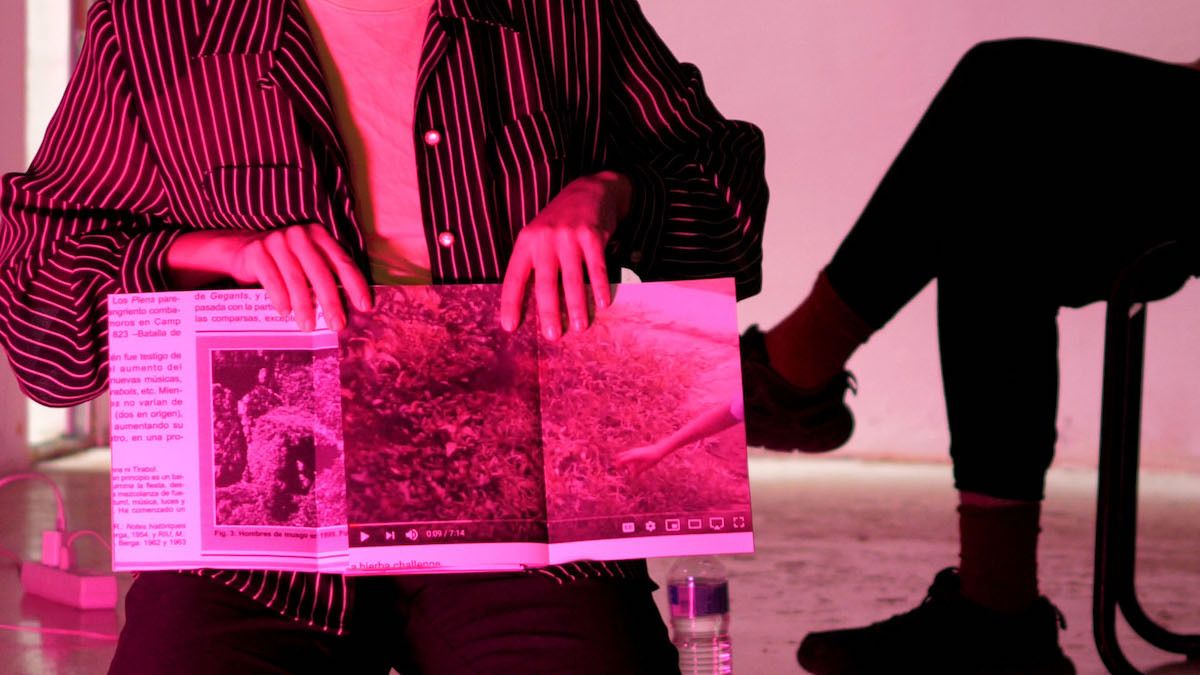 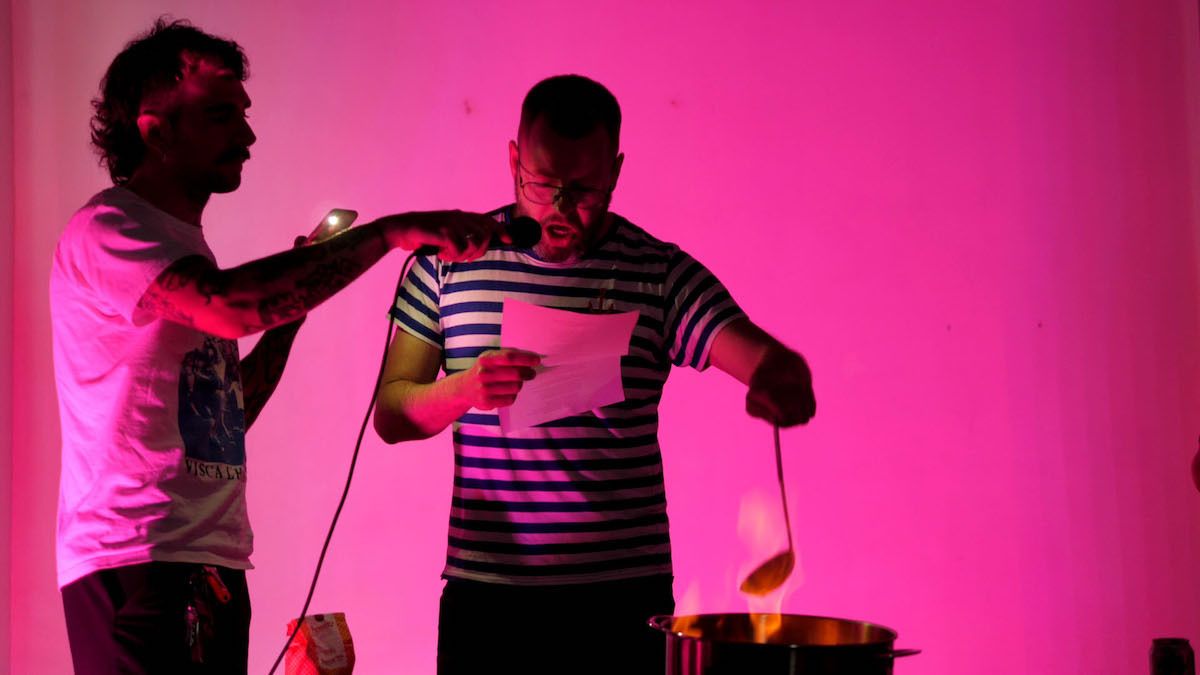 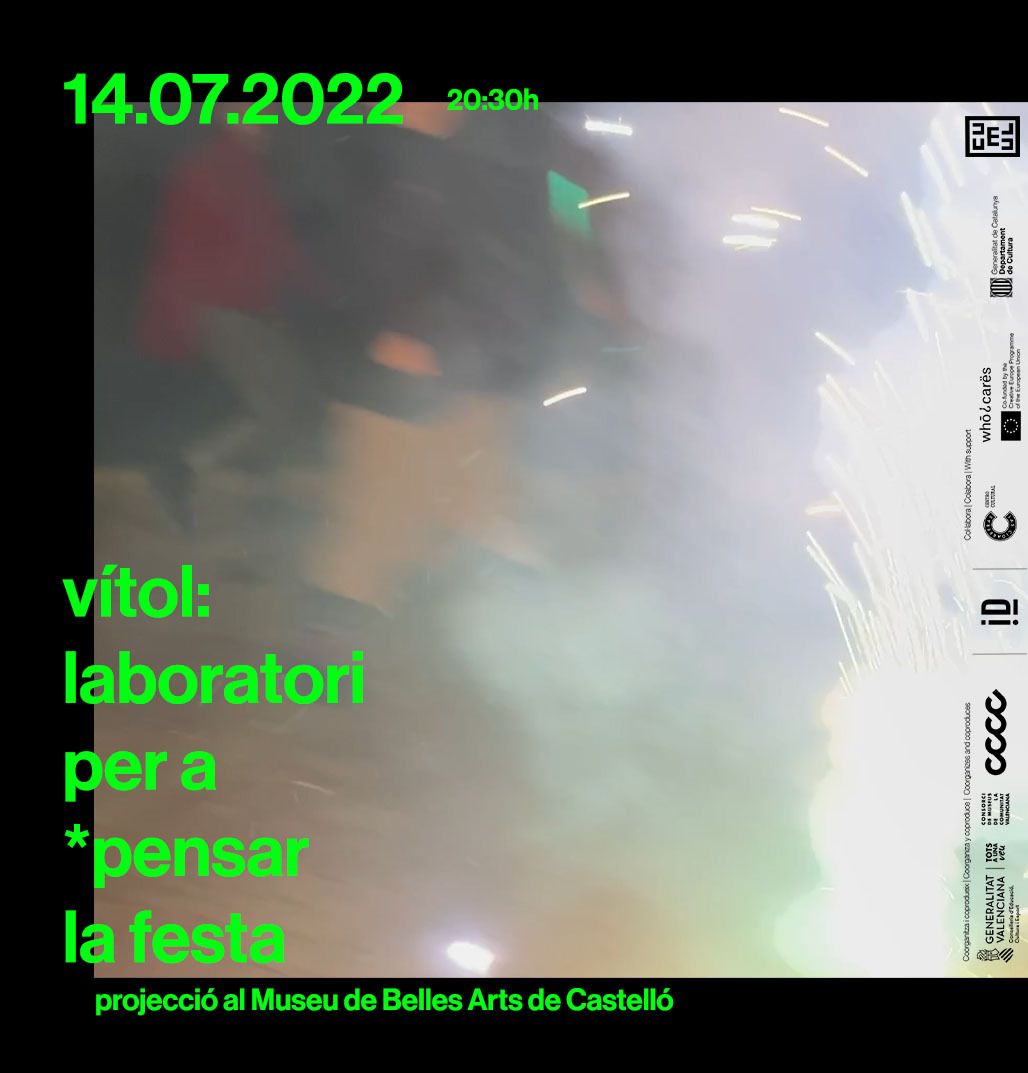 The "Vítol" laboratory presents its second act with a visual projection and colloquium at the Museu de Belles Arts de Castelló, sharing the experimental video artwork resulting from "Vítol" laboratory’s process in the first stage which began in February 2022. This process of research and activity by Cúmul and Idensitat has explored several of the elements that spring readily to mind when considering the meaning of public festivals, the public’s relationship to these festivals through time (personal time, and expanded time), the shared experiences, the possible politicisation of the festive event, or the need to open up new and contemporary spaces for its resignification, or, alluding to the title of this video, for reflecting upon it.

The artwork will be projected from inside the museum towards the outside; that is, it is content that will leave the museum, contrary to the usual assumption, that the museum is often a closed space, disconnected from the city and public space. This reflection upon public festivals will emerge from the museum onto the street, and will be activated at night, one of those times when the museum is usually inactive, and when, moreover, public festivals find one of their greatest allies and scenarios of involvement and conflict.

This final activity also gestures towards the usual closing event at the end of the official celebration of La Magdalena Festival in Castelló, during which the crowds in the town square respond by calling out "Vítol!" (in archaic Valencian, long live!) to the cry of Magdalena!, beginning a series of visual projections on the facade of the Cathedral that refer to recent events during the popular festivities, functioning as a meta-act that recalls the past few days. Therefore, if, during La Madgalena festivities, the projection takes place at the city's Cathedral, then in a laboratory of contemporary art, it will take place at the Museum; establishing a dialogue between both institutions that connects the popular and the artistic.

The video can be seen from Calle Hermanos Bou, projected through the main window of the Museum at night between the 14th and the 30th of July, 2022. Cúmul is a self-managed collective and cultural space in Castellón de la Plana. It comprises twelve interdisciplinary members; Àgueda Alonso, Niels Arndt, Gerard Bomboí, Carlos Bonet, Daniel Cala, Clara Culiáñez, Rodrigo García, Natalia Lobato, Paula Lorenzo, Paco Rangel, Iris Verge and Mayte Vidal, who are individually and jointly engaged in artistic production, cultural management and curation. Their project, born two years ago both out of a need to collectivise, and as a possibility to generate links and synergies with other cultural agents and artists in the Valencian region, functions as an open studio, and as a meeting point within the city. It brings together various kinds of activities such as talks, presentations of artistic projects, workshops, seasons of screenings, and exhibition programming.