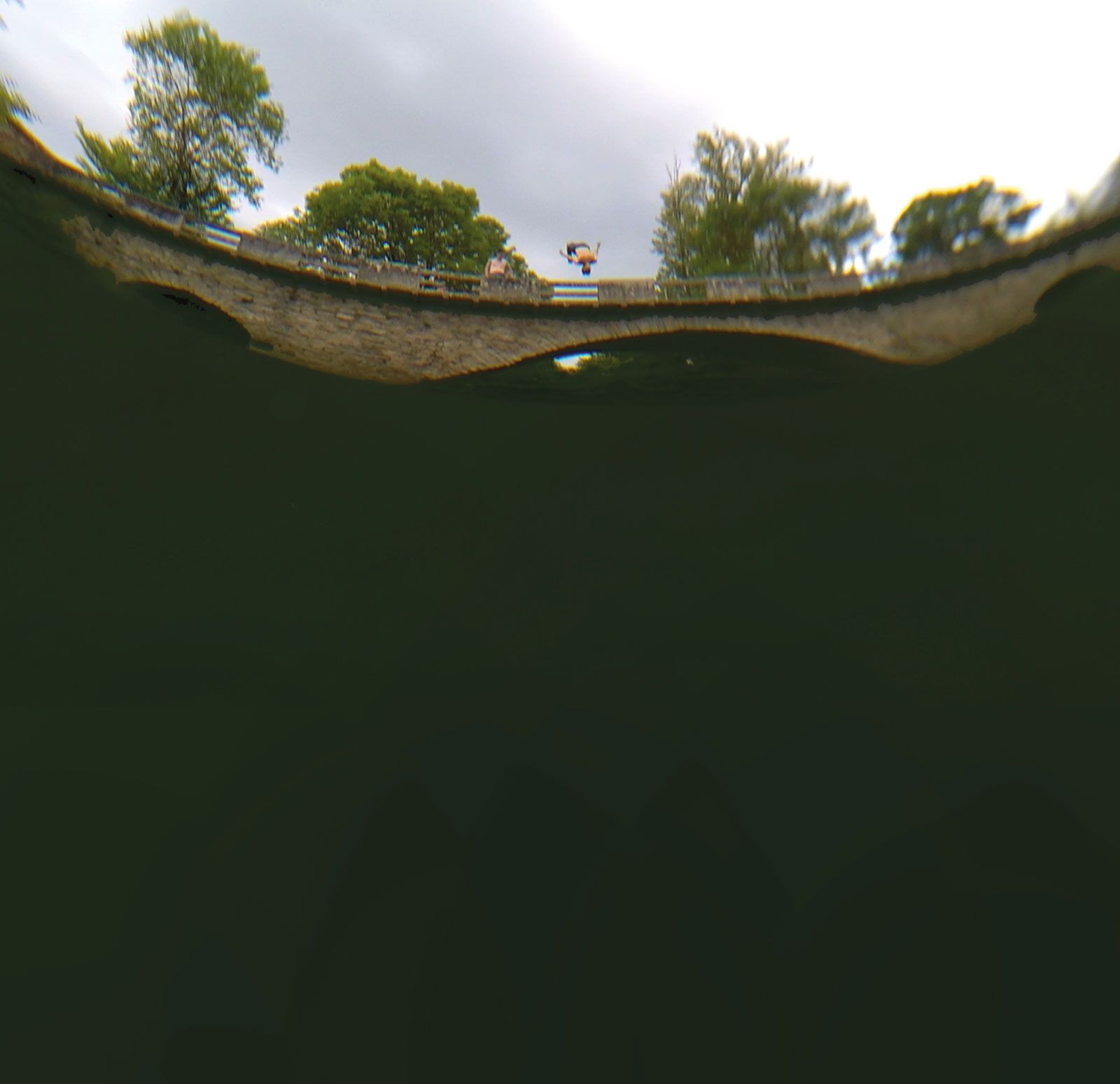 IDENSITAT and CENTRO DE ARTE CONTEMPORÁNEO HUARTE carried out the programm Transversals Aesthetics / Leisure Ecosistems to develop a project within the social context of the towns of Huarte, Burlada and Villava (Navarra). The programm is running between 2018 and 2019.

WORK CONTEXT
The town of Huarte, where the Huarte Centre is located, stands next to the towns of Burlada and Villava on the outskirts of Pamplona. The three localities follow the course of the river Arga, which has generated historical and cultural links among them. In recent years, the boundaries between rural and urban areas in these towns have been modified, due to urban and population growth, the conversion of gardens/allotments into leisure spaces, and changes in leisure habits, among other reasons. The focus of interest of the project to be developed is the study of this area's cultural/environmental ecosystem related to leisure concept. The territorial node will be activated through local social groups linked to free-time and leisure activities. The selected project will develop its work based upon this context.

THEMES
The project will focus upon leisure as a dynamic factor affecting a particular locality. This theme will form the main strand of the project, and will be developed in different regional territories (Valencian Community, Pamplona and Catalonia).
The concept of leisure, in this case, is assumed as a generator of activities and spaces of relationship. The specific working locality is described by the route of the Arga River on its passage through Huarte, Villava and Burlada (this same work context was dealt with in the project Transverse Aesthetics - Peripheral Ecosystems, during 2017).
The Arga River is part of a natural, economic and living system, very much integrated into the local geography, where spatial leisure uses have multiplied, and have impacted upon the social context. The leisure scenarios associated with the river have emerged with their own models and aesthetics, and have become associated with specific uses and social dynamics. The river is, by itself, a model of productive leisure, as well as a space for reflection upon the relationship between the natural and social environments. Starting with this reflection, new perspectives upon this ecosystem are driven by artistic practices, in association with social organisations, and by spaces for educational action.

METHODOLOGY
The work carried out as part of Transversal Aesthetics will follow three common strands: a temporary Artistic Residence, with the participation of an artist or a collective in order to create and research the context; setting up a local node involving various regional agents and associations; and an Educational Activities Device, to share knowledge and learning tools.These three strands may cross over, they may work in unison, or they may coexist in parallel, and submitted proposals must include observations regarding a project’s deployment across these strands, and the interaction among them.
The local nodes may comprise a number of agents, organisations or individuals interested in participating, or which are associated with social, artistic or research contexts on the theme. Prior to the development of the artistic project and/or educational action, the nodes may vary, or may increase in their development. The artist or collective must propose a project involving the node, and must add their own agents to the network, which may be  more or less involved, depending upon their role within the project’s framework. The project will be carried out in a triangular fashion, proposing workshops or interventions in public space, open presentations and production of results.

NO MAN’S LAND / alfonso borragán
TRANSVERSAL AESTHETICS // LEISURE ECOSYSTEMS
Artist residence and production project
No man's land is an artistic project by alfonso borragán, selected in an open call to take part in Transversal Aesthetics | Leisure ecosystems, consisting of a residence at the Centro de Arte Contemporáneo Huarte between September and November 2018, and the production of a project linked to the context.
Project premises
The project focuses on the hidden leisure activities of the Arga river, and attempts to revive concealed, ignored or little known activities which once took place there, in order to suggest other present-day experiences which might lead to the construction of new narratives. In this project, leisure, in its broadest conception, reveals itself as a strategy for observing the context and its inhabitants.
Using a variety of collective methodologies such as actions, public acts or workshops, an attempt is made to reactivate specific localities linked to the river. There are two parallel processes which run in parallel strands; one, an attempt to recover testimonials which hold memories of old, little-known practices, for example, customs, representations, stories or myths, so they can be heard again; the other follows the river and its banks, recreating and recalling new stories and experiences so that they can be recovered in the future.
No Man's Land explores play and ritual as temporary relationships to the river, as technologies which create order for their participants, and which temporarily rehabilitate a forgotten space. 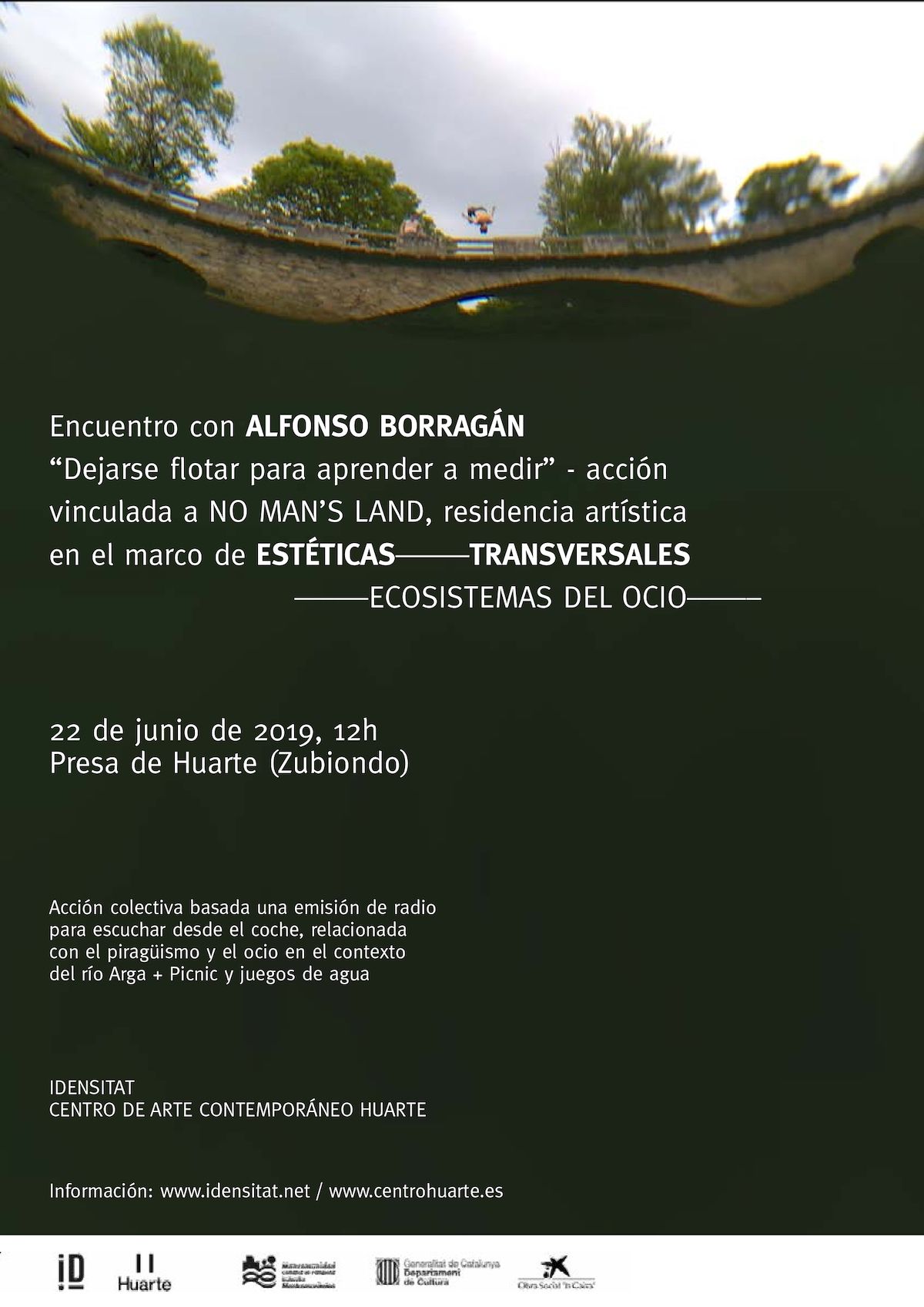 The project has activated three strands of work, with the river as a common thread:
- Canoes, and how to read a river like a map. River kayaking is highly technical, and transiting the currents responds to dynamics of choreography, physical resistance, and visual and technical memory related to breathing and water velocity.

- River sports, and activating them. There is a number of spots along the river Arga where bridge-jumping and zip-line crossing and other leisure-related practices seem to occur. Following up these leads, students of the Virgen Blanca school have researched these and similar activities in their home environment, presenting their results to the artist in residence in an encounter session between artistic practices and educational spaces.

- Treasures found on the riverbank: objects telling of other lives along the river which have washed up on the banks after the floods of Arga and Ultzama. Production and presentation activities for No Man's land, from June 3rd to 23rd, 2019
In this phase, a series of activities, such as interviews or games, and river-related activities, will take place. In parallel, there will be several tours and cartographies of different spots along the river, looking for places where users take part in sporting activities, such as canoeing and swimming clubs, as well as meeting places such as picnic areas, barbecues, and fluvial beaches, among others.

Meeting and final actions of the project with Alfonso Borragán.
June 22, 2019, 12:00h - Presa de Huarte (Zubiondo)
On Saturday, June 22, at 12: 00h the artist invites to Dejarse flotar para aprender a medir, a collective action based on a radio broadcast to catch and listen from the car, related to canoeing and leisure. The action will culminate in a collective Picnic where the work process will be shared and discussed. It is convenient to arrive by car to enjoy the radio intervention. This meeting is the final action of the residence of alfonso borragán, from a series of cartographies and research processes where the game and ritual are explored as temporary forms of relationship with the river.

alfonso borragán, (Cantabria)
Interdisciplinary artist who lives and works in London. He studied Fine Arts at the University of Barcelona, and later continued his training at the MFA Slade School of Fine Arts (London). alfonso borragán’s artistic practice is a conjunction between research, teaching and production. His work has been described as a critical moment, in which the generation of images is enhanced within an infinity of sensory events. He recovers images which do not exist, latent graphics representing instants of an experience which can not be fully revealed. As part of his methodology, he activates long periods of research related to the context, in order to work with intangible experiences. He has worked upon and shared his projects in Spain, Portugal, Germany, United Kingdom, Switzerland, Norway, Canada, EE. UU., Colombia and India. His latest works have been exhibited at Fundació Joan Miró (Beehave), Kontejner Zagreb (The invisible around us), Space in Between (Dither) and LaPlace(marentus).

BACKGROUND
Peripheral Ecosystems is the common theme deployed in 2017 and proposed by IDENSITAT and Centro de Arte Contemporáneo de Huarte; a suite of proposed activities, tending towards work based upon environment-related art. To do this, a call was opened for the selection of an artistic residency in the context of the Arga River. The selected project was "Cuando tu materia deviene desborde" - "When your material spills over" by the artist Francisco Navarrete Sitja, which was developed in two phases (September - October 2017 and the end of January 2018). The whole work experience will be available in a publication. In 2017, three other projects are being carried out in the cities of Manresa, Mataró and Vilanova i la Geltrú in Barcelona, under the common theme of how each city relates to the transformation of work spaces. Transversal Aesthetics collaborates with Museu Comarcal de Manresa, MAC Mataró Art Contemporani and Centre d'Art Contemporani La Sala (Vilanova i la Geltrú). 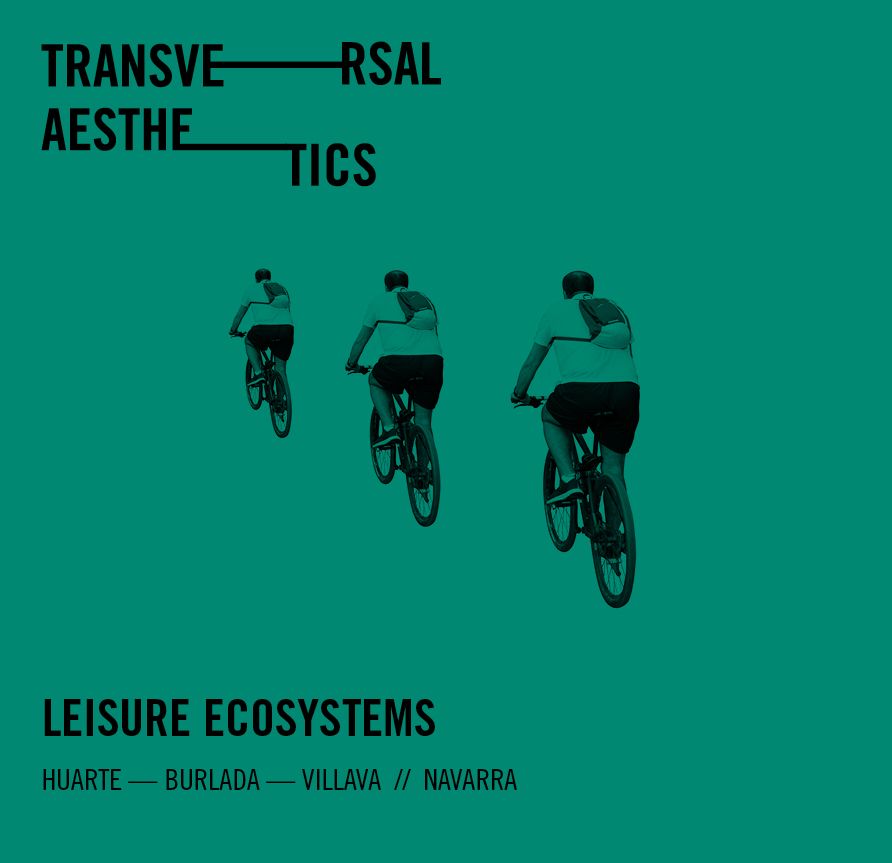 IDENSITAT and CENTRO DE ARTE CONTEMPORÁNEO DE HUARTE offer a residency to an artist or group of artists to develop a project within the social context of the towns of Huarte, Burlada and Villava (Navarra). The project will be carried out within a five-week residency, to be developed between September and November 2018, to be specified considering the availability of the selected artist or group and the promoting organisations. The call will be open until June 11th, 2018 and the resolution of the call will be made public at the end of June 2018.

TARGET GROUP
The call is aimed at artists or groups of artists, with an interest in the proposed social contexts, and in the proposed theme. Applicants must have some fluency in Spanish or Basque.

GRANTS
The selected proposal will be granted 1,500 euros as fees, 900 euros for per diems, and 150 euros for travel aid. Accommodation will be paid by the organisation. A maximum of 1,500 euros will be available for production.

DOCUMENTATION TO SUBMIT
Proposals should be sent in digital format using the specific form, filling in each of the fields, and attached in a single document using PDF format (maximum 8 gigabytes), which must  include:

- Proposal / pre-project: a written document defining the basic lines of the project (3-4 pages), indicating a methodology of work which takes into account the elements indicated above.
- A maximum of 10 images of previous work and/or related to the proposal, to facilitate understanding of the project.
- CVs of all project members, specifying one representative in the case of a group application, or an individual CV, in the case of individual application.
- Contact details (name, telephone, e-mail and postal address).

SELECTION CRITERIA
According to these rules, the selection of projects will be made between Idensitat and Centro de Arte Contemporáneo de Huarte

DATES
The project will be carried out within a five-week residency, to be developed between September and November 2018, to be specified considering the availability of the selected artist or group and the promoting organisations. The spaces available for the presentation of results and the celebration of activities related to the project will be, apart from the Centro Huarte itself, the venues managed by the Mancomunidad de la Comarca de Pamplona (Commonwealth of the Pamplona Region): the Batán and the Molino de San Andrés (Atarrabia- Villava ).