IDENSITAT and CENTRO HUARTE have begun the Transversals Aesthetics / IMMUNITY/COMMUNITY programme, developing a project of research and artistic production contextualised, socially and culturally, within the towns of Huarte, Burlada and Villava (Navarra). The programme will run between 2021-2022, as part of Who Cares?

INTRODUCTION
Transversal Aesthetics is a project for research and experimentation on the intersection between art, mediation and social space. A place of confluence between artistic practices as a vehicle for critical research; mediation activities as a vehicle for the production of content, interaction and learning transfer; and the urban context as a vehicle for connecting specific themes of work to a specific active social space relevant to these themes. A project which takes shape in medium-sized urban spaces, as generators of social, cultural and environmental spaces at the boundaries between rural and urban. The project is founded upon the cross-disciplinary dimension of art, in order to combine experiences and activities which impact upon unique elements on the basis of common themes and strategies shared among various participating agents and bodies. Transversal Aesthetics is a project promoted jointly by Idensitat and Centro Huarte, and this fourth edition is part of the European cooperation project Who Cares?. [+INFO previous Transversal Aesthetics projects] [+INFO about WHO CARES?]

WORK CONTEXT
The town of Huarte, where the Huarte Contemporary Art Centre is located, stands next to the towns of Burlada and Villava on the outskirts of Pamplona. The three localities follow the course of the river Arga, which has generated historical and cultural links between them. In recent years, the boundaries between natural, rural and urban areas in these towns have been modified, due to urban and population growth, the conversion of allotment gardens into leisure spaces, and the flow and periodic overspills of the river. More recently, socio-cultural behaviours connected to this region have also been modified, due to changes in habit forced by restrictions on travel and the decrease in social interaction, as well as other circumstances arising from the generalised context of the current pandemic.

After an open call, the selected project must focus on the new ecosystem shaped by social distancing, individualisation, de-socialisation, communal isolation, the increase in techno-presentiality, the fear of contagion, or the desire to achieve immunity. It must investigate and explore the textural and dimensional aspects related to the working context, in order to activate working processes which approach themes connected to realities, fictions, utopias, dystopias or eco-socio-cultural heterotopias; from imagining other possible ecosystems, to analysing the existing ecosystem in order to address certain realities, or to construct fictions that generate other possible realities. The activation of the territorial node, that is, the grouping of locally involved participants, and the mediation activities, will be accomplished by local collectives, and individuals interested in involving themselves in this particular field of work. The selected project will work within this context, and on the predefined theme.

THEME: TRANSVERSAL AESTHETICS – IMMUNITY / COMMUNITY
The work of the project will be based upon the tensions, paradoxes or connections generated by the words Community and Immunity, while also connecting these concepts to the Arga River, or its urban configuration, modelled along the course of the river as it passes through the towns of Huarte, Villava and Burlada.

Ordinarily, the concept of community is used to emphasise the importance of a group of people who share elements in common that lend the group a certain distinctive character, elements such as identity, place, ideology, beliefs; elements of belonging to a collective (or group of people) that maintains connective bonds between them, and that, for one reason or another, differentiates group members in relation to members of other groups. The concept of immunity is reappearing strongly in this specific context of the pandemic, and is related to community in the sense that it refers to that which protects from constant external dangers. From this perspective, community and immunity form a whole that withdraws into itself, attempting to establish protection and isolation, and to avoid any kind of external contagion.

Both concepts are dealt with by Roberto Espósito[1],in a direction that we are interested in taking up in order to adapt them for this project. According to the author, bearing in mind the etymological roots of the words, and interrogating the neoconservative and negative component that they imply, he suggests that the community opens up and exposes the individual, turning him towards his own exterior, liberates him towards his externality. It is not the place of identity, of belonging, of appropriation, but on the contrary, of plurality, of difference or otherness. Immunity, according to Esposito, causes the individual to withdraw inside himself, confines him in his own skin, brings the exterior back to the interior, eliminates it as outside. It is in this sense, of counter-forces operating in both concepts, that we are interested in relating them to the idea of care. In a context such as the present one, immunity is perceived as the general objective, as the globalised cure that must preserve the different communities from contagion. And, extending beyond the sanitary, it is established in policies that reaffirm national, neighbourhood and domestic territories. The techno-policies of immunity and fear contribute to generate closed communities that favor inequality.

The philosophy of care in which this project is inserted, in the framework of Who Cares?, is premised upon imagining possible futures in which mutual care and care of our environment are foregrounded, for an improvement in subjective relationships, and a recovery of the community as a res publica, as a space of the common. It is from this perspective that we posit a critical working space, problematising the concepts of community and immunity, taking the Arga River as a context, and as a metaphor for common space; but also as a metaphor for the flux of connections with the outside, with the other, as a connecting element of hybrid logics between the natural, the rural and the urban, as a channel opening out and occasionally overspilling, in which contagion acquires a positive character, since it allows the incorporation of strange new organisms, to survive them, and to rediscover the equilibrium that helps in recovering the loss of sociability in the context of the pandemic. If the raw material of social life is co-presential interactive sociability[2]. We are now subjected to a regime in which this co-presential interaction is subject to the strategy of isolation, and the construction of the community bubble. This fruitful and contradictory relationship between community, immunity, care and territory is what encourages us to send out this open call for projects that propose creative responses to the complexity of this approach, which is at the same time the complexity of our most recent contemporaneity.

METHODOLOGY
The work carried out as part of Transversal Aesthetics will follow three common strands: organising a temporary artistic residence, with the participation of an artist or a collective as creator and researcher within the context; setting up a local node involving various regional agents and associations; and organising a transfer of knowledge and learning related to other fields and subjects, in a suite of measures which we will denominate as Mediation Activities. These three strands may cross over, they may work in unison, or they may coexist in parallel, so that at least two of them will work together on the same project.

The local nodes may comprise a number of agents, organisations or individuals with an interest in participating in the project, or who are associated with the social, artistic or research aspects of the theme. These nodes will be formed prior to the development of the artistic project and/or mediation activities, and may vary in character, or may grow larger as time goes on. The artist or collective must propose a project involving the node, and must add their own agents to the network, who may become more or less involved, depending upon their role within the project’s framework. The project will be carried out in a triangular fashion, proposing activities or interventions in public space, open presentations and production of results. 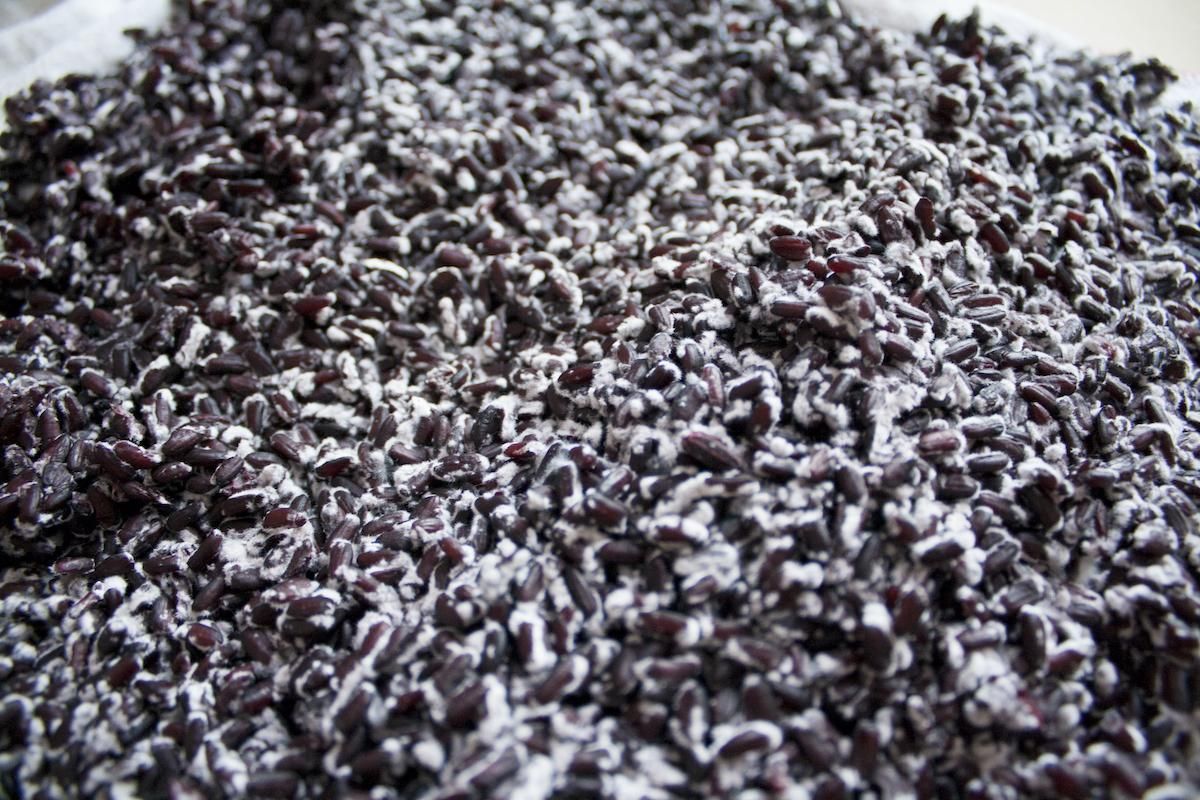 Fuegos de alto grado (Fires of high degree) is a ceremony about caring for the Other that begins with a speculative poetic journey in the area surrounding the Arga River. The ceremony ends by sharing food which has been fermented, dehydrated, and impregnated with fungi and plants foraged near the river. This project represents an experiment in hospitality and cooperation, in order to reconsider the relationships between human and non-human beings and the land we inhabit.

Sara García explores the idea of ​​still life painting on a participatory basis, principally through the use of food. Through a variety of activities, she attempts to generate intimate sensory experiences that grant a critical reflection on the idea of ​​hospitality, and therefore on our relationship with the other, the unknown.