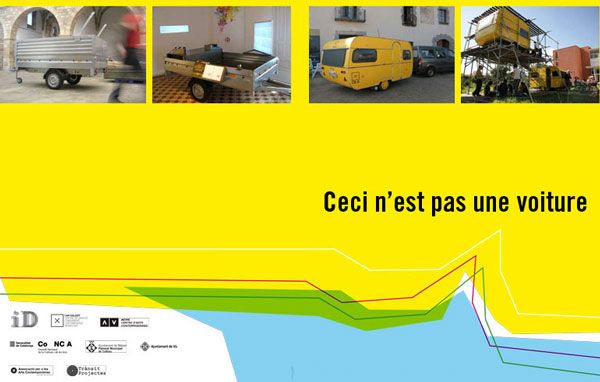 Between December 2010 and May 2011, within the framework of the project Ceci n’est pas une voiture. Idensitat, CanXalant. Centre de Creació i Pensament Contemporani de Mataró and ACVic Centre d’Arts Contemporànies, launched an open call for projects of intervention in the public spaces of Mataró and Vic. The open call received 108 proposals from 61 cities. 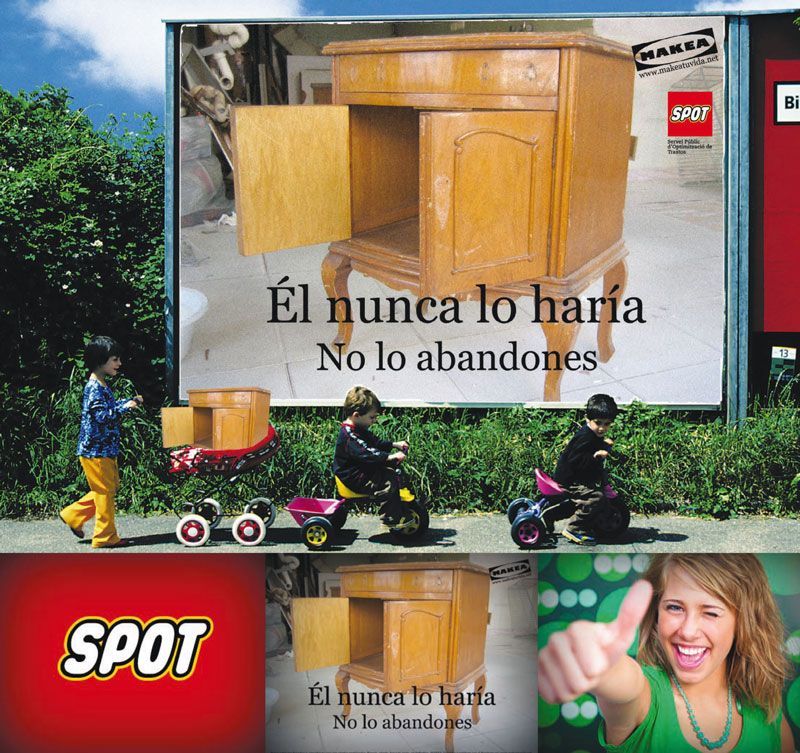 Vic
Servicio Público de Reutilización de Trastos (S.P.O.T.). [MAKEAtuvida. Associació Cultural de Reutilitzación Creativa] Facing the current trend of using and throwing away objects, consuming as a road to wellbeing and happiness, S.P.O.T proposed the simulation of an institutional campaign, with the idea that a new object is not always better then an old one which can be used for much more time then we think. The project proposal consisted of the convertion of the Touring Device into a mobile workshop for the reuse and creative transformation of objects, creating a space where people could go to repair their damaged objects, combining elements of DIY and multimedia with a meeting point for the exchange of knowledge and ideas; a space for creation and debate about environmental policies, rational consumption, reuse; a place to think about alternatives and new ways of doing things. 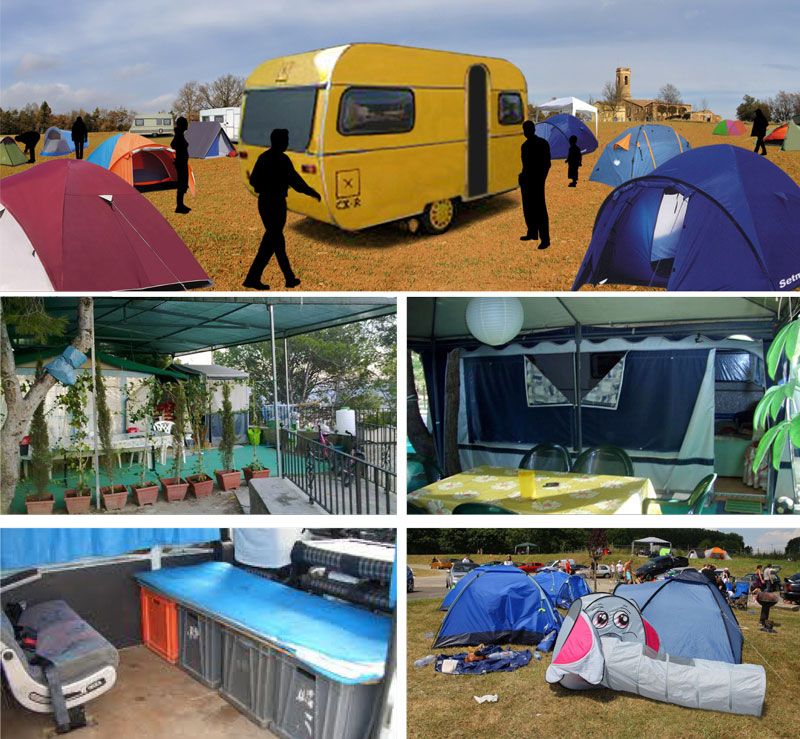 Mataró
Camping, Caravaning, Arquitecturing. [Miquel Ollé Aguilló, Sofia Mataix Veiga]
The proposal for this project was an empirical and human documentation and analysis of the different architectures created in campsites, where each user designs, constructs and customises space according to his or her needs, considering leisure, recreational and social activities as primary functions. The original idea was that spaces condition and modify human behaviour, but in this case, behaviour changes space, according to each user's needs. The user thus becomes the architect and designer of a flexible, cheap and self-managed alternative architecture. In a first phase, the project proposal consisted of the convertion of the CX-R into a mobile workshop which would travel to 15 campsites for data collection and analysis, later to be edited as a documentary with the collected material. The second part of the project consisted in converting the CX-R into an exhibition space for the presentation of the documentary.