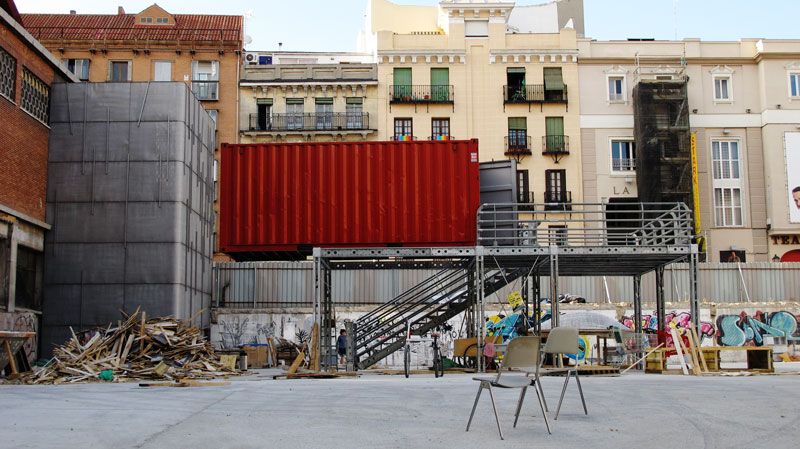 The project was developed on a gap-site in Madrid's La Latina district, as part of the Street Games Project which the collective Todo por la Praxis has been developing in recent years. The aim of the project was to offer local sporting activities, as an alternative to commercial leisure, by organising and managing the space together with different local groups and collectives. Through assemblies, the different groups worked collaboratively on design and management.

The project was carried out in Campo de Cebada, an empty site reclaimed by different local collectives. Eventually, an agreement was reached -thanks to FRAVM (Federación Regional de Asociaciones Vecinales de Madrid)-, by which permission was granted to use the site for collectively organised activities, during a one-year period (starting from March the 20th, 2011). Todo por la Praxis was involved in the process from the beginning, with the collaboration of FRAVM.

The site is over 5.000 m2 with a concrete floor. The project started on May the 23rd, 2011 with renovation works on the site. Latterly, the project artists built a centre which functioned as an office and a storage room, a stand for spectators, and designed the basketball court. The project was funded by the Sports, Creativity and Social Inclusion fund, with the sponsorship of the company Rehasa. In a second stage, spectators seating, goals, baskets, etc., were installed to complement the intervention. The site can already be used by local neighbours.