The collective M-Etxea proposed the construction and management of a mobile device, a mixture of urban furniture and sports equipment. Har-Etxea in the Basque language means literally "worm house" i.e. chrysalis, is a light structure designed for different construction conditions, aiming to cover specific needs each time.

The construction and management of this infrastructure comes together included an adaptation to the locus of construction which remained after the structure was dismantled. In this way, the mobile infrastructure aimed to function as an urban activator, with a lasting effect beyond its period of installation. The various stages of the work process were achieved using a participatory format of open workshops within the local community, from the installation of the equipment to the planning and development of activities.

The infrastructure is a light steel structure covered in canvas, designed to be easily put together, with no special requirements (big machinery, qualified labour, etc.), built from a limited number of shaped pieces. The result is a kind of Meccano for creating different structural forms, the dimensions of which depend upon how it maybe configured. On this occasion, the M-Etxea collective started out with dimensions big enough for hosting a multi-sports arena, in which users could play basketball, football, volleyball, hockey, handball, tennis, etc. on a surface capable of attaining an extension of 560 m2.

The project's essential aim is to set up the Har-Etxea structure in a number of different chosen locations, socially and geographically heterogeneous, to respond to certain needs in each venue. In some locations, the artists highlight the construction of the infrastructure itself, while in others they emphasise the space intervention, aiming to improve the local surroundings.

- Errenteria (May-September 2012)
Har-Etxea's first location was Errenteria (Orereta. Gipuzkoa, Euskadi). The Errenteria Council proposed installing the structure in the José Miguel de Barandiaran park, in the area of Pontika, a gap-site left after the demolition of an old industrial edifice, presently catalogued as a green area. Once Har-Etxea was built on the site, five work-groups were organised, with different responsibilities: technology, cohabitation, cultural programmes, urban planning and – in keeping with local tradition - political normalisation. The groups, and also people from Errenteria, proposed a programme of activities in order to make maximum use of the space. This programme centred around the structure was called KABIA. Espazio Kreaktiboa (http://kabia.errenteria.net/es/) involving a great many locals and local collectives in the conversion of a degraded site into a space to encourage creativity and active citizenship and the construction of a new city model.

In the next months, Har-Etxea plans to be set up in different locations. At the moment, it is confirmed that the project will be installed in Matadero (Madrid) in June 2013. Before then, the M-Etxea collective is studying possibilities for installing it in Barcelona, Marseille and other places of Euskadi, as well as in the rest of Spain and Europe.

Har-Etxea is a proposal by collective M-Etxea, in collaboration with David Juárez (Straddle3) and Diego Peris (Todo por la Praxis). 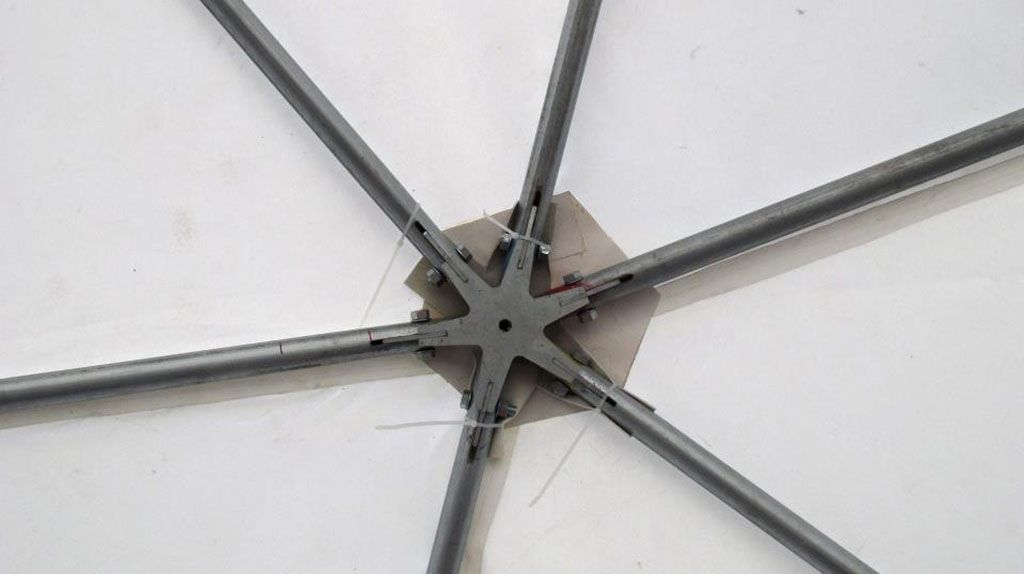 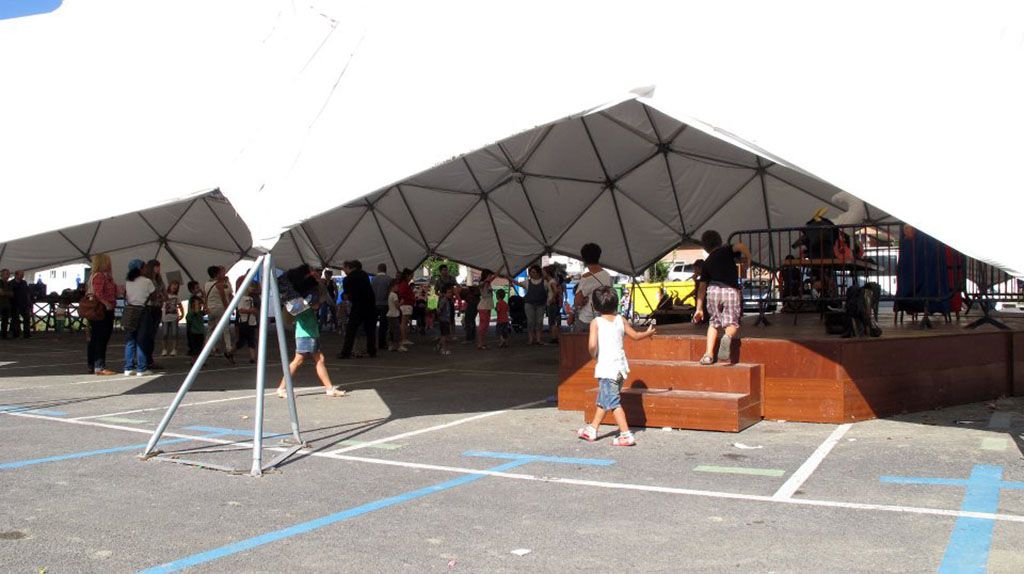 M-etxea is an association formed by Lecturers from the Escuela de Arquitectura de San Sebastián, architects and architecture students. It was created in 2007 and from 2010 it became a collective investigating the uses of architectural space. Their motivation is to conduct pro-active research on the uses of architectural and urban spaces, considering that the use of space is in itself a good way to rethink architecture, emphasising practical work over the paperwork traditionally linked to architects and urban planners. Their research always begins with the architectural reality, and has a practical character. They consider that their laboratory and place of action is inhabited space. They are designers and users of these spaces, so they tend to analyse and try out their ideas on-site. In 2010, they organised, together with other collectives, the 3rd meeting of Arquitecturas Colectivas in Pasaia, reconverting in 15 days an outmoded industrial building into a community centre for the occasion. The team comprises: Jon Begiristain Mitxelena, Josemi Martínez Rico, Ezekiel Collantes Gabella, Martín Ferrán Zubillaga, Aitor Leceta, Alberto Algaba Salazar, Eider Camarero Etxebarria, Estibaliz Carretero Pérez, Iker Moya Alonso, Rocío Merchante, Gaizka Altuna Charterina, Daniel Eguren, David Juárez and Diego Peris..
Har-Etxea took part in iD Sport 2012 [Sport, Art and Social Inclusion]. IDENSITAT and the Sports Council. With the support of the Departament de Cultura. Generalitat de Catalunya and the Council of Errentaria.