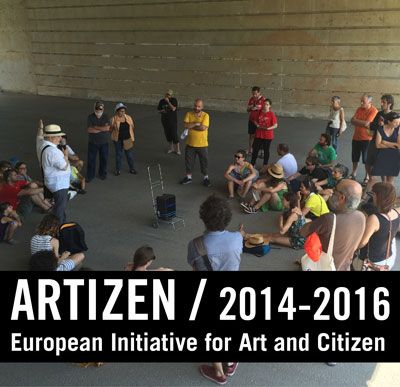 Artizen is an European project of Cultural Cooperation aiming at reinforcing cultural and creative players’ abilities to adapt to the growing needs of co-building the city, with the aim to favour citizens’ engagement and empowerment.

OBJECTIVES:
To link and structure European professionals and territories to create new spaces for cooperation
To reinforce cultural and creative players’ role in the city making with citizens
To experiment alternative ways of city making

STRUCTURE:
6 trans-national Laboratories will be implemented on urban areas in transition in Barcelona, Cluj, Kotor, Ljubljana, Paris and Torres Vedras, designed as on-site abilities accelerators: European artists in residence will co-design projects with citizens, supported by a trans-sectoral local team to favour skills transfer. Particular attention will be paid to inclusive citizens’ engagement, experimenting new technologies as a possible tool.

Observation will be led throughout the project on the actions impacts, to adjust the initiative framework to reinforce cultural and creative players’ skills and favour its experimentation on other areas. Common narratives will be produced aiming at cultural and creative and city players, political stakeholders and citizens. Communication and dissemination will be implemented at local, national European and international levels, ensuring a wide visibility to the project and to the European Commission.
ARTIZEN will lead to the creation of a professional pool of cultural and creative actors, able to develop new projects at European and international scales.

PROJECTS AND ACTIONS WITH THE SUPPORT OF ARTIZEN:

Participation in the Forum Urbanities
From 28 to 30 September, Idensitat was invited together with the rest of Artizen partners to the first edition of the Urbanity Forum in Beijing. The forum was held to promote the intersection of creative and sustainable approaches between cities organized by the Franco-Chinese Sinapolis Center and with the participation of the European project Artizen.
The forum tried to respond to the need to place people in the center of the city, based on the experiences of each partner. In this context, institutions, universities, non-governmental organizations, companies, politicians and the policies of the participating countries were invited to discuss about "City and Citizens' Initiatives: A Proactive Force?"

Presentation of project results. Closing activity.
November 16 and 17, 2016
Presentation of the projects deployed in each participating city under the Artizen, European Initiative for Art and Citizen during the two years of project development. The closing activity took place place in the Pantheon of Paris and in the public space with an exhibition device.

Weekend activities in the park Feroviarilor.
25, 26 and 27 August 2016
Idensitat participates as a guest project for one of the activities carried out by AltArt, one of Artizen's partners, within the framework of the European project. During this weekend we work in the green space where AltArt is carrying out a series of recovery actions.

IN TRANSITION - CITY is a conference organised as part of the Cohabitar entre- programme at the Centre d’Art Fabra i Coats with the objective of considering and debating about the city as dynamic spaces undergoing constant transition, tension and movement; and at the same time, as spaces where collective creativity, which affects urban transformation as a project, comes together. For three days of lectures, discussions, working tables, case studies, a city tour, and the screening of a documentary, there will be a strong emphasis upon artistic practices and collective processes as triggers for strategies of unforeseen innovation, affecting both the cultural ecosystem and the social contexts in which they operate. The city , the urban environment, and its most complex, most tense, most dynamic, most (re) appropriated, most collaborative, most creative, most political configuration, that is to say “public space”, is what is brought together here as space in transition; understanding the city as an art work, as a place for enjoyment, as an object of value, and, above all, as a collective creation, the result of decisions taken and acted upon by citizens. 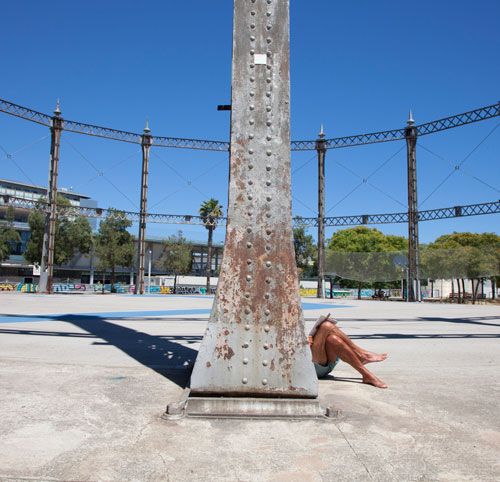 EMERGENCY STRUCTURES is a collective research project which revolves around an urban space which, up until the present, has represented the extreme and advanced evolutionary changes which are ongoing throughout the city: the Port of Barcelona. It was initiated as a workshop lead by Ángela Bonadies and with the participation of Edgar Dos Santos, José Aristizábal, María Teresa Guzmán, Aymara Arreaza R, David Franklin i Loreto Varela. Emergency Structures is part of the ARTIZEN European Initiative project, co- funded by the Creative Europe programme of the European Union. With the collaboration of Arts Santa Mònica and Homesession.

Zombie Spaces is a project which analyses, points to and promotes collective proposals in a particular area, which, through the confluence of several complex and often unrelated circumstances, define a contorted landscape.
Series of debates and workshop 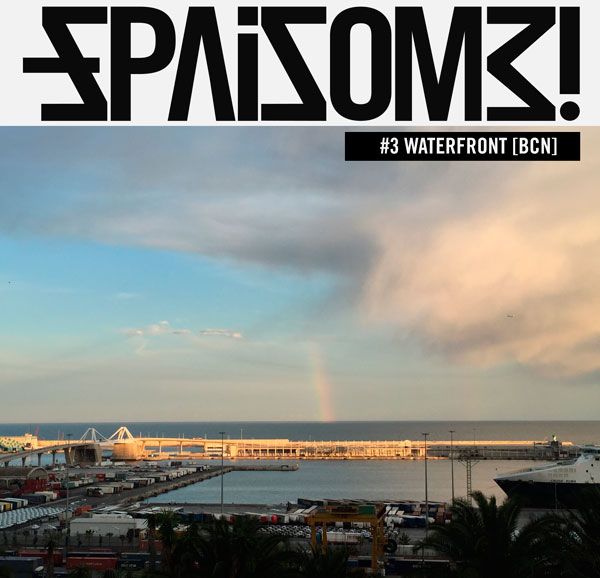 Zombi Spaces is a project that challenges the nature and consequences of the urban and social dynamics our cities are subjected as result of urban speculation, failed strategic planning, the abuse of city branding and the mercantilization of city life in general.
Zombi Spaces # 3 doesn’t look to challenge the Barcelona waterfront’s success, but to explore the zombifying dynamics present in such space, eliciting creative ways to render them visible and speculate about possible future collaborations.