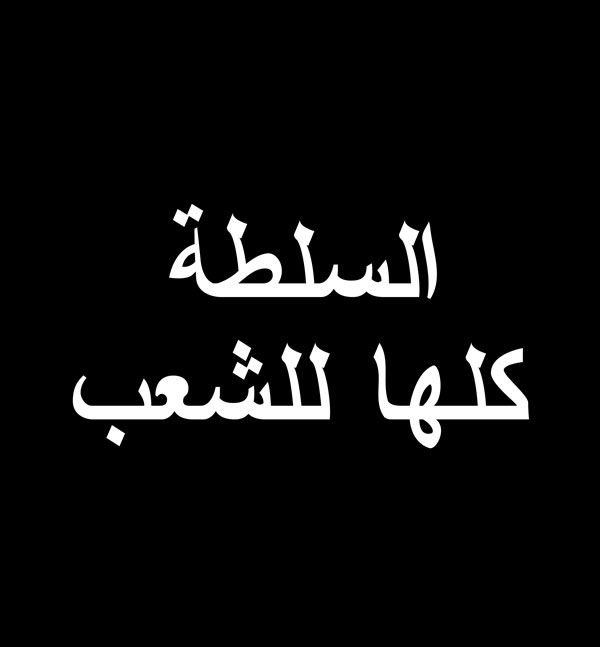 iD#5 Manresa | Cal Gras
Art and Propaganda. Do It Yourself strategies and practices.
Workshop by Democracia in collaboration with Eva Soto.

Topics
• Agitation and propaganda in an age of media monopolies.
• Public art, successes and failures from the counter-monument to work with communities.
• Taking the stage. “Do it yourself” (punk). Faced with contemporary art as propaganda of cultural policies, thinking art as communicative action. Strategies and tactics for intervening critically in public spaces.

The workshop
When Chuck D, the vocalist of the hip-hop band declared “We’re media hijackers” or “rap is black CNN”, it was very easy to relate his words to the theories of Antonio Gramsci on the subject of “counter hegemony”. In fact, when Chuck D added that “he who controls culture controls the people”, he was merely summarising Gramsci’s starting point: the ruling classes’ power over the proletariat and all subjugated classes in a capitalist production system is not just the result of control by the State’s repressive apparatus. This power is essentially the result of the cultural “hegemony” which the ruling classes manage to exercise over subjugated classes, through control of the education system and media.
If a counter hegemony implied the creation of a force capable of transforming subjective consciousnesses and of fostering intellectual and moral reform, raising the issue of certain conflicts in civil society, seeking to generate discursive moments which could, taken together - however alternative or sporadic they might be – lead to a discourse which challenges apparently indestructible cornerstones of the dominant system, then we might say that Public enemy’s praxis is none other than this.
Today, the desire to agitate and attract publicity characteristic of avant-garde movements has been continued through new forms associated with popular culture and the “do-it-yourself” ideology proposed by the punk movement. 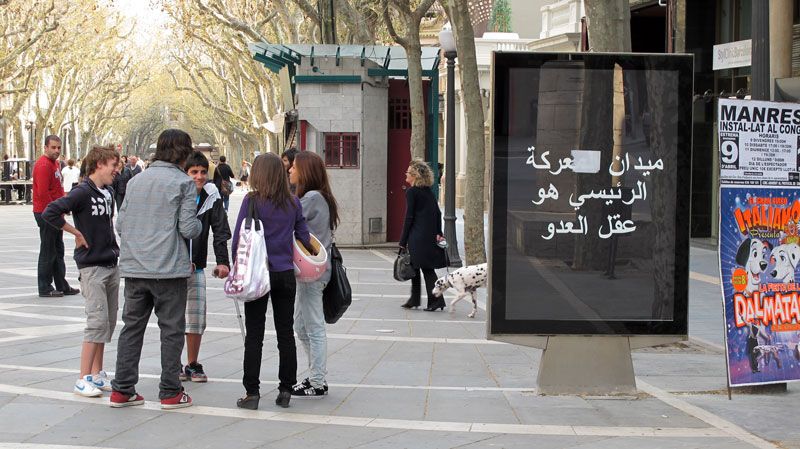 Tactics of agitation and propaganda

Agitation and propaganda in an age of media monopolies. “Since the birth of radio and television and the monopolistic distribution of words and images, art is only possible as a counter movement. The aesthetic value of a work is directly related to its capacity to transform that channel, code, sign or its components into something else” (Point 7 of the 5th Preiswert Media Communiqué).
•Public art, successes and failures, from the counter-monument to work with communities. “It’s an anomaly in a democracy to celebrate with monuments. A true democracy does not provide ‘heroes’ as it requires each citizen to participate fully in everyday life, and to contribute to public good.” (Siah Armajani).

•Taking the stage. “Do it yourself” (punk). Faced with contemporary art as propaganda of cultural policies, thinking art as communicative action. Strategies and tactics for intervening critically in public spaces.

The Do It Yourself part of the workshop, with Eva Soto, focused on exploring basic techniques of screen-printing, in order to reproduce images using different types of simple, practical and economical media.
The workshop aimed to implement communication and propaganda tactics, developing new designs and learning to print images using basic resources of various experimental techniques: use of templates, vinyl and paper, among others. 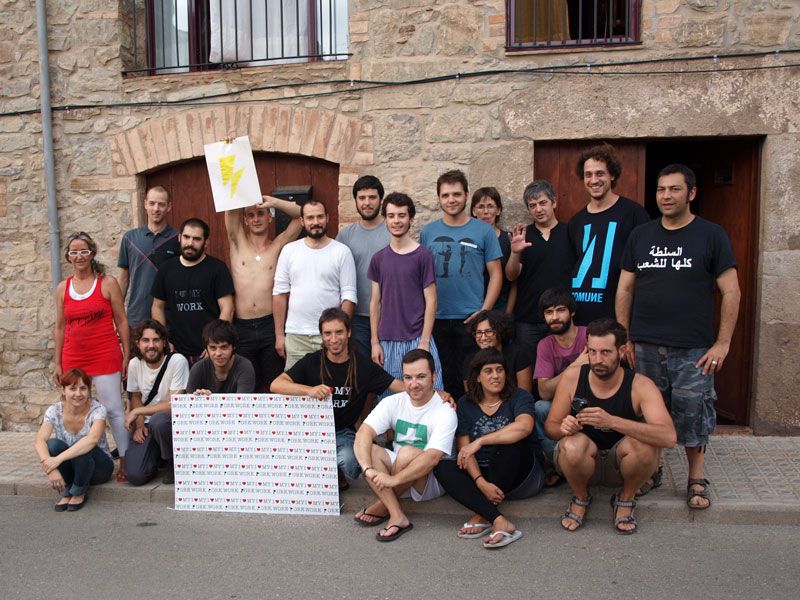 Objectives
To discuss and share experiences about the contents of the workshop.To create printed work based upon proposals orginating in the workshop, and to analyse the results.

IDENSITAT is an arts project which investigates ways to impact the public sphere through creative proposals that work with place and territory exploring their physical and social aspects. It positions itself as a networked production and research space, developed in the field of art, to experiment with new forms of involvement and interaction in social space.