TECHNOLOGIES AND SURVEILLANCE is a project led by Antoni Muntadas and produced in collaboration between Enter_Forum and Idensitat.

It combining training, debate, and the development of creative micro-projects, based upon a critical perspective and proposals which offer an alternative to mechanisms of control which make use of surveillance technologies in public space.

The project consists of three phases. The first is an expanded workshop comprising several meetings of critical review and tutorial content. The second phase, parallel to the first, involves beginning production on projects generated within the workshop, and the third phase will consist of a public presentation in the framework of the event Enter_Forum 2015.


Workshop on public projects
The contemporary city is full of monitoring devices. Surveillance cameras exercise a vertical perspective, operated by mechanisms of power, while all kinds of devices, from mobile phones to Google Glasses, weave a network of horizontal perspectives. Internet, the other contemporary city, is taking over the role of traditional public space, and users are subject to other monitoring devices. These mechanisms act ambiguously, sometimes invisible, property of a new private conglomerate of information control.
This workshop offers a space for reflection upon devices of control and intervention in public space, understood both as physical urban space, and “virtual” public space shaped by the media, specifically the Internet. The workshop aims, through a relationship between creative practices and public space, and by creating micro-projects which may influence the public sphere, to produce and gather together ideas on this subject.
Throughout the workshop, each projects will be monitored, so as to assist in research and help to design a methodology to put into action when the time comes to realise it. 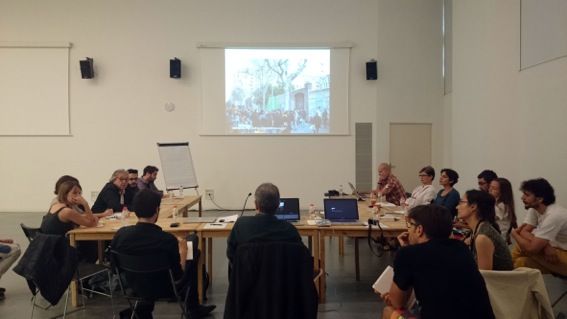 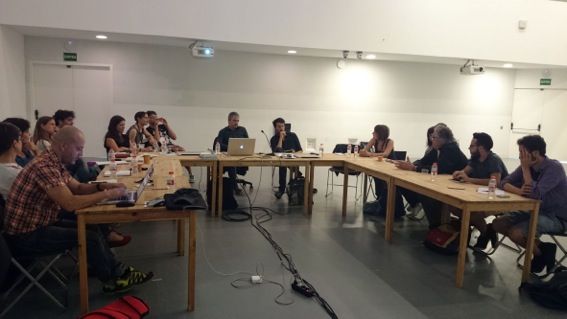 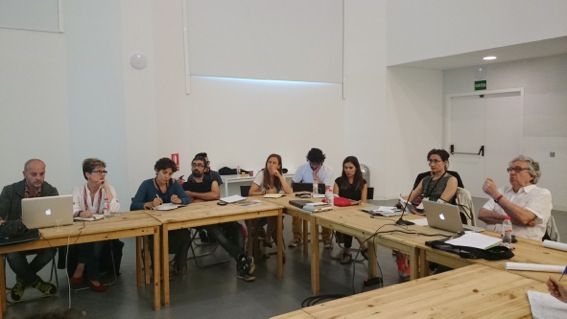 DEVELOPMENT AND PRODUCTION
May 2015-October 2014-: Start and development  of projects.

Neurowarketing
Adrián Onco
"Neurowarketing" attempts to serve as a critical device of reflection upon the fear promoted by new channels of mass communication, and to demonstrate the implications of digital tracking and surveillance systems when offering personalised information. To do this, we will use 3 videographic stories, told in a tongue-in-cheek way, representing how the spread of fear and violence through the Internet is linked to an economic alliance among those entities which live by fear, and the companies which govern the Internet, to enable, promote and exalt certain instincts such as unfounded structural fear, excessive protection, and the rejection of the other, thereby limiting our capacity for common understanding.

Blind spots Bcn
Ana Llorens
Blind Spots Bcn is a social research project carried out in Barcelona, consisting of over 30 video interviews with visually impaired people working at ONCE kiosks in Barcelona, ​​filmed between 2014 and 2015.
The project aims to provide a social analysis to expand and disseminate information on the given their visual impairments.
The project also opens a debate on the origin itself and the need for surveillance, with an eye this time not on technology but on basic and instinctive surveillance, in which our senses are the only means of connecting and processing the information necessary to ensure safety.
Currently, the project is presented in web format through the portal www.puntosciegosbcn.weebly.com, offering a precise geographical location of participating ONCE kiosks, as well as offering visitors to the site an opportunity to listen to or see the interviews.

Mirror technologies. The construction of fear and desire.
Blanca Pujals
Perhaps by placing a mirrored surface, sufficiently large or close-by within a space, we may find it impossible to discover just where the material form ends and where the reflection begins.
[...] a mirror can also be a metaphor for Fiction, because the image that you see in it does not exist, but the mirror, as a material support for that fiction, exists as a real object, shaping the way you relate to your own image.
The climax of fiction could be projected as a mirrored surface: The irresistible synthetic.
This transitional object could deform or 'could specifically design' the relationship with the future. Unreal and virtual projections, artificial futures would dominate the present through a designed fear, or a designed happiness or desire.
And it could be that all this will lead us to a unanimous perception of reality, able to produce The identical and emphatically Equivalent.
However, reflection as a form of connection, control and negotiation would only be possible if there were to be something 'eternal, immobile and separate'.

Robing Food
Carlos Ortí
There are huge differences that we must take into consideration when reading the surveillance-image and the "subjective" image. Thanks to the mass media and the intrinsic characteristics of image-surveillance, this, due to the lack of a subject behind the camera or in the field of vision, is construed as the truth-image. Robing Food is the nickname of an activist who performs actions in front of surveillance cameras: This is one of the examples we used in this research on the establishment of the surveillance-image as truth-image. Other examples are based on surveillance-images used by the media, with the aim of providing accurate information, complying or not with the laws established by the Spanish Data Protection Agency.
To realise these ideas, we made a video-story explaining what strategies have been used to construct truth-images, more specifically from surveillance-images, in order to bring out specific features of this type of image, and how the media use these features in order to make up truths.

The Lunch, Dialogues among inmigrants around a table
Isadora Willson
The Lunch is an invitation to a meal which fuses Chilean-Catalan recipes, for a conversation about the experiences of immigration among several of the attendees, using cooking as a reflection of cultural identity, and as a catalyst in order to generate a pleasant space, conducive to dialogue.
During the month of April 2015 I made 8 lunches outside the Centre for Contemporary Neighbourhood Cultures, in which 9 people of different nationalities participated.
Several issues were addressed through each of their experiences, and there were a range of views and opinions, surrounding issues such as the reasons for travelling, the feeling of being or of not being an immigrant, the difficulties in obtaining residence permits, the opacity of the immigration laws, legality and illegality, family relationships, and visions of the country of birth from a distance, the feeling of belonging to the city, future prospects in Barcelona, ​​working conditions, politics, religion, language, identity, culture, among other issues.
Audios available: http://www.isadorawillson.com/proyectosindividuales/el-almuerzo/

Juan Expósito
Jaume Simon Contra
A lie, a letter, a film, a football, a castle, an e-mail ... are some of the elements of a game that can only be understood if you have an infinite love for cinema and Frank Capra's Christmas spirit (yes, he's the one who made It's a Wonderful Life, that film with James Stewart screened two or three times on TV every Christmas). In this case, the reference is to a previous film, Meet John Doe, 1941, which undergoes a transformation in the hands of the artist and the contracted actor, with the power of the mobile phone : it is difficult not to give away a spoiler, so, better visit the installation, halfway between an Almodóvar altar and the approach to the visual and conceptual rigour of the one who has guided this project. All this is a lie, a risky lie on the edge. A lie which shakes up a cocktail, again, of Mercedes Mila, Peter Weir, Yoko Ono, Pablo Iglesias, Joy Division, the "anti-system footballer" Javi Poves or the homeless friend of Miley Cyrus, Jesse Helt.

Edèn
Ricardo Iglesias
Ever since the attack on the 11th of September and the USA Patriot Act, the increase of automatic monitoring and control systems worldwide has grown in parallel with their justification using the arguments of security and fear. We increasingly live in a universal, uncontrolled panopticon, in which hundreds of thousands of cameras monitor a Social Big Brother.
Given the excessive visual saturation, the use of sound is proposed as a form of presentation. In the Barcelona metro, and many other national and international public transport systems, we are continually reminded that for the sake of our security, there are surveillance systems available on-site. In case there were not enough visual messages at the entrance to the premises, or the presence of the cameras themselves on every corner, in the Barcelona metro stations that phrase is repeated through the speaker systems. The message has become a mantra that, instead of providing peace and security, causes a fear of public space. 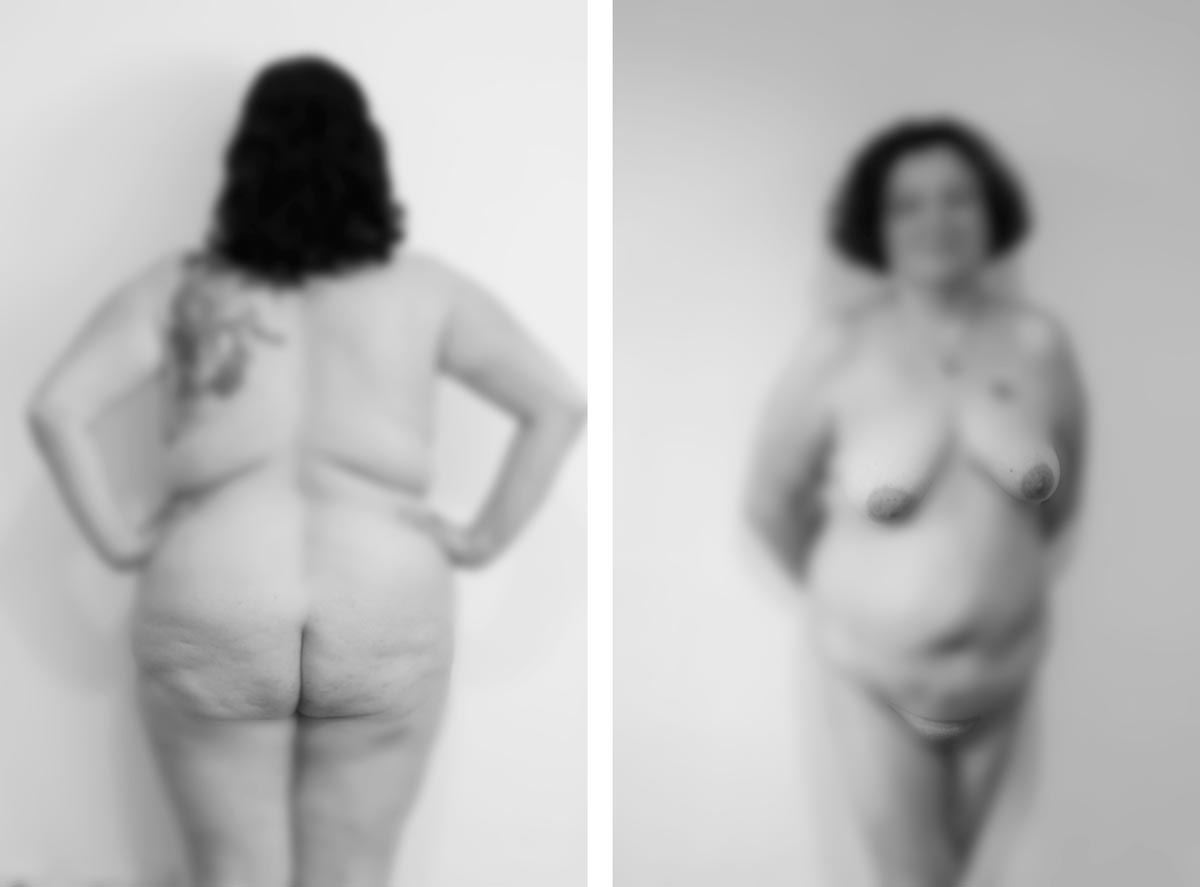 Countercensorship
Romina Subirats Piñana
Censorship has always been a control tool used in the course of our history to guarantee the continuity of a type of ideology, to limit progress, and to form a society with a determinate morality, ruled by agencies of power.
This project aims to highlight body censorship, currently present in both the physical and the virtual world.
Contracensura is the result of a long investigative path about image-censorship in social networks, an issue surrounded by controversy in recent years. Having found surprising cases of people who have been censored both by Facebook and Instagram, a decision was made to realise the idea, and to invite women interested in showing their bodies as a means of condemnation, participating in an ironic game in which censorship works in reverse, thus showing the most intimate parts of the body, those which are under constant attack. The project's objective is to make use of the same mechanisms as the censors, to arrive at paradoxical and opposite conclusions.

Dancing with a zombie
Raúl León Mendoza
It seems paradoxical that, in places which usually harbour activities critical against the contemporary scopic regime [regime of the panopticon?], these activities take place within an environment uniformly watched by video surveillance systems.
The CCCB mantains a video monitoring system similar to those in H & M, Zara, Bershka, or El Corte Ingles. Meanwhile the CCCB organises activities such as those which originated the present group show, Pantalla Global or Big Bang Data, which attempt to analyse critically, among other issues, optical visibility in the information-flow of the control society.
One goal of the CCCB which appears on its website is "Rethinking common values, public space, the new agoras where the present and future of civil society are discussed". It seems that all this and much more may be possible, while the actors are subjected to surveillance.
The penetration of video surveillance systems is such that there is no crisis over their presence, not even among the last remnants which might make an issue of it. The active maintenance of a system of video surveillance in the CCCB is not only a symptom of the subjugation of the policy section of the institution (direction, programming, etc.) to the administrative and securitarian parts of the institution. It also disables any real intention of challenging the contemporary visual regime, and converts it into a sham, just like any other.
If in this institution, where there is apparently a critical gap in the system, there is no effective shaded area (without video surveillance) … then there is no hope. If I want a computer, I'll go to the Apple Store, and if I want a critic cultural experience, I'll go to the CCCB, but both are equally void of content and commitments.

LECTURES IN THE FRAME OF WOKSHOP 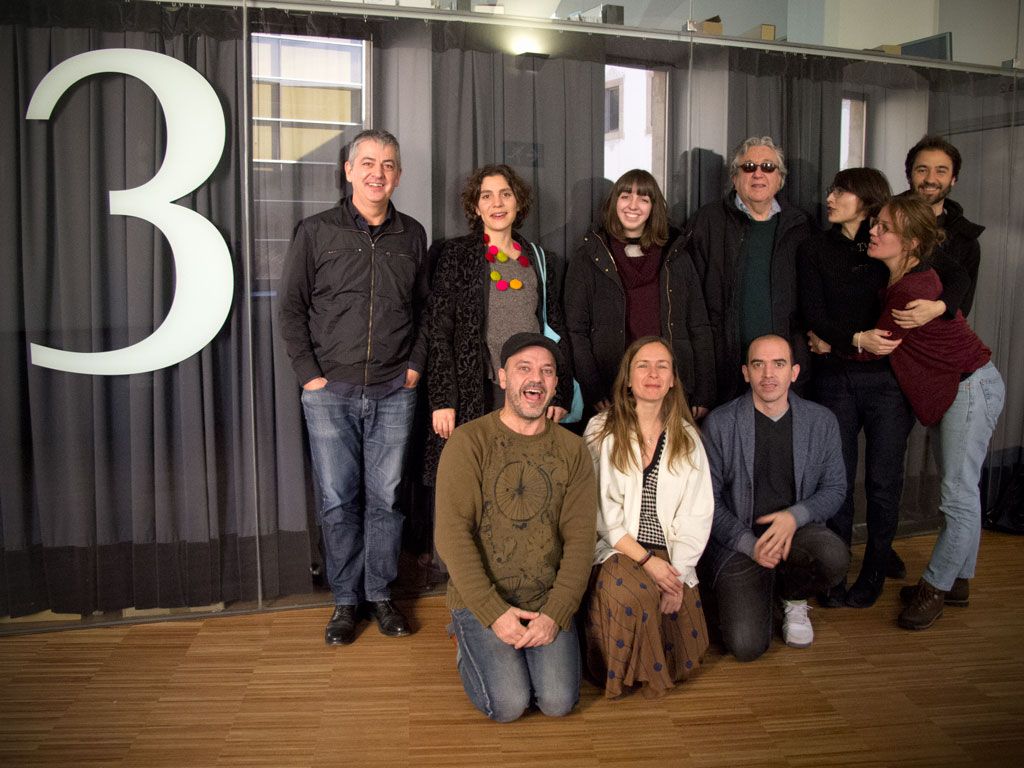 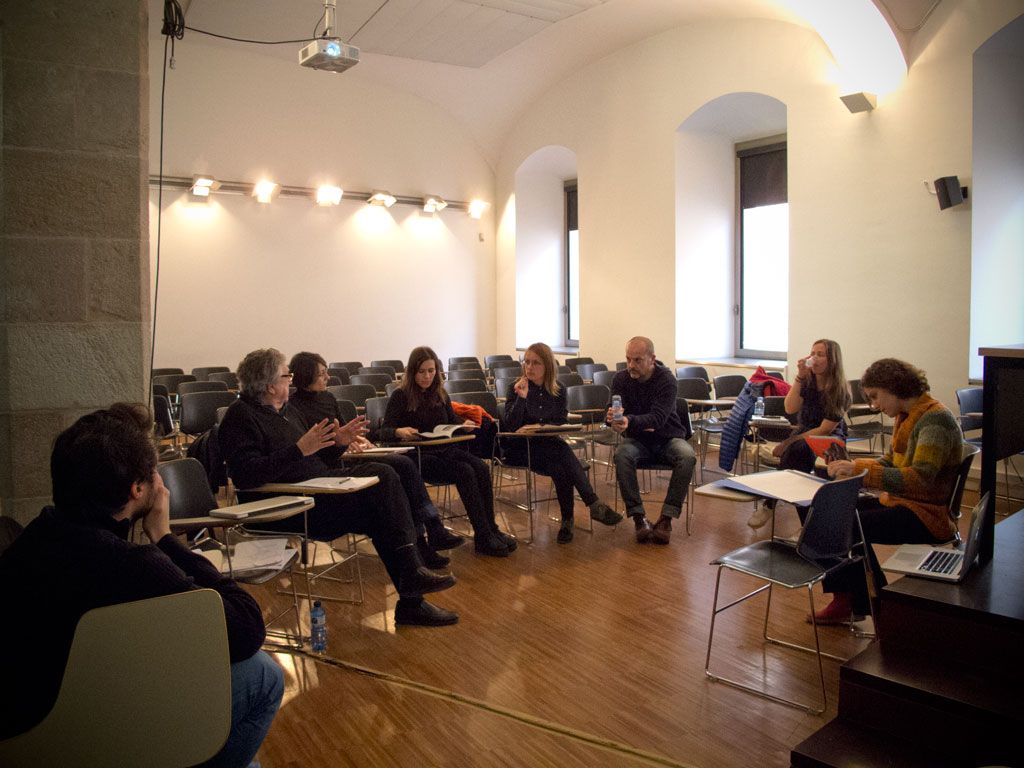