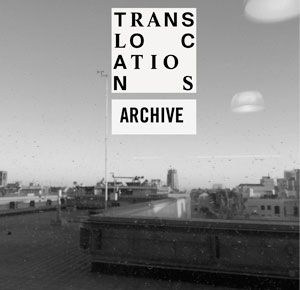 TRANSLOCATIONS | ARCHIVE of social and arts projects carried out in the districts of Raval and the Barri Gòtic.

Projects Archive. This consists of the compilation and the creation of an archive of social and artistic projects, by social organisations and art institutions, which have been carried out in the districts of Raval and the Barri Gòtic.
The archive of artistic projects consists of selected works by artists and curators from the late 1980's until today.
The social projects archive contains recent or current projects, activated/triggered by neighbourhood organisations and associations from the Raval and the Barri Gòtic. The large number of existing projects, especially in the Raval, makes this archive into a concrete and specific sample, aiming to present those works which occupy a hybrid space between social and creative. These are proposals originating within the field of social action, but which also have cultural and creative aims, projects and processes which apply creative innovation to social issues, including, in some cases, the work of artists and creators as collaborators in the projects.

This archive, the result of a selection of projects, aims to be a tool for raising awareness, as well as a guide for all those production projects (MICROINTERVENTIONS) being carried out as part of translocations.

Objectives of the archive:

- To give visibility to existing projects in the neighbourhood, and to become a publicly searchable archive, connecting via the web with the broader content of their own websites.
-To act as a useful tool for the MICROINTERVENTIONS production projects, facilitating connection with agents active within the district for the development of the artistic works which form part of Microinterventions.
- To act as a useful tool for the mapping workshop (Cartografia Crítica) and other workshops  generated around Translocations, or others generated on its fringes.
- To be presented in the exhibition Translocations | Projects Observatory, in orderto incorporate local action, which is one of the reasons for Translocations.

The Projects Archive is part of Translocations. The research was carried out by Idensitat with the collaboration of Diana Padrón and Anna Recasens.