Description:
El Raval al Raval was an exhibition organised for the opening of the new building of the Filmoteca de Catalunya in the Raval district, which was complemented by a season of 25 documentary and fictional films about the neighbourhood. The project sought to explain how the district has been viewed in cinema, which managed to capture much of what was going on during the XX and XXI century: a neighbourhood which served as a refuge for those who wished/needed to change identity, with a notable trade in prostitution and drug trafficking. All of this is reflected in the reprobate and miserable character of the neighbourhood which has been portrayed cinematically in a series of detective films and social dramas, but apart from these, the film industry has also recently taken an interest in the district's multicultural dimension: the people, the cuisines and the traditions of other cultures, all of which has generated a puzzle about those aspects of the district which cinema has highlighted, which aspects cinema has failed to portray or did not care to show. (Source: Octavi Mari). 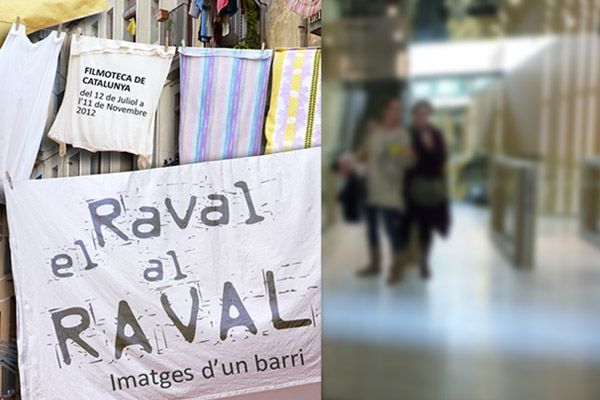