Description:
This exhibition was developed in a narrative format in an attempt to explain the work of the photographer within its sociocultural context, and in order to give a broader view. Colom's photographs from 1957 to 2010, were exhibited, divided into two distinct parts to symbolise the interruption which Colom's production suffered from 1964 to 1990. Joan Colom is a photographer known for his work in the sixties, during which he secretly photographed the inhabitants of the Barri Xino ( Chinatown) of Barcelona, ​​focusing especially upon sex workers and the socially marginalised. (Source: La Vanguardia). 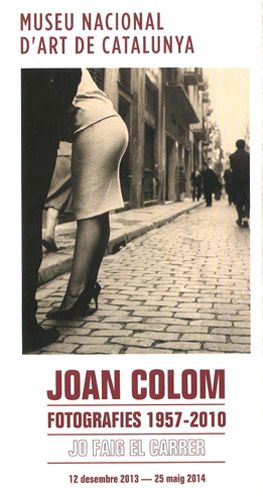