Description:
Apparently by chance, the artist poured thousands of condoms contained in a suitcase onto the Rambla in Barcelona, the place of highest concentration of pedestrians in the city, adjacent to the Raval district, an area particularly hit by AIDS since the nineties. The action represented an attempt to overcome taboos and the stigmatisation of people affected by the disease, through spontaneous participation in the action, which was an excuse to establish social relations and to take away, why not, a few condoms. 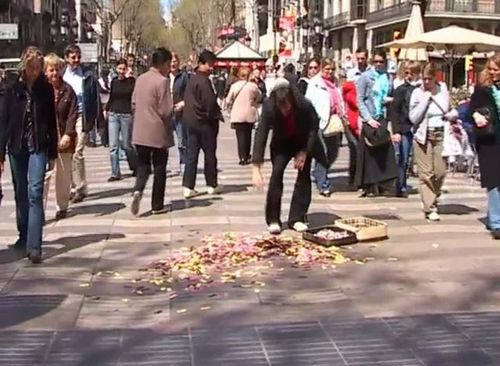