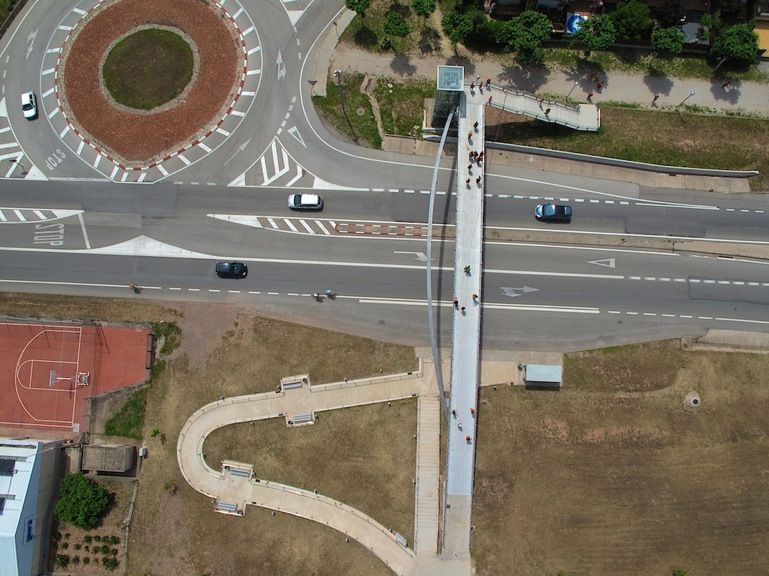 Territory is alive. Landscape is constantly modified and transformed. This transformation is full of curves, disconnections, constant changes. This is today's situation for the transhumance path (a path stretching between from Avinyó to Manresa, used in the past by shepherds). It has been a long time since people or flocks of sheep passed by and, owing to long disuse, the path has become indistinct.

In this context, Circulation, a project by Tanit Plana as part of iD MANRESA 2010, aimed to act as a vehicle for observing the transformations of the Transhumance path. By means of a community walk and other activities - organised between June 2011 and June 2012 in collaboration with local entities -, the project aimed to return the Transhumance path to visibility.

In this project, Tanit Plana looked for people to walk with, think with, take pictures with; people to help her ask questions through the action of 'photographing'. The proposal - as defined by the artist herself- was motivated by different obstacles, and it was precisely by highlighting these obstacles that it became understandable and defined.

First obstacle: To walk a path that does not exist.
The stretch of the Transhumance Path between Avinyó and Manresa has disappeared. Owing to disuse, the path has slowly died out, interrupted at various points by elements such as roads, buildings, industrial estates, and so on. The path has become indistinct, has died out, and with it, a whole way of life, and a different way of understanding the world.

Second Obstacle: Photographing something invisible.
Could an economic system be photographed? Could a path have an autopsy performed? Could walking the old Transhumance path between Avinyó and Manresa mean becoming aware of the collision between two different economic systems? One of the project's challenges was, without a doubt, to achieve the utopia of making the invisible visible.

Third obstacle: The walled city.
Our perceptions of the dimensions and attributes of territory have changed completely, due to the most current form of transport: the car. Small paths are being lost, and nowadays it is difficult to enter a city in the most natural way: walking.

Once the different obstacles to be overcome were located, work started.

The project was publicised and opened up to participation through a series of photography workshops held in associations, schools, trekking centres and other local groups, among them the Centre Excursionista de Avinyó, the Posa't en Marxa group, from Sant Fruitós del Bages, Ca la Samson from Manresa, the IES Cal Gravat school from Manresa, el Servei d'Atenció a la Dona from Manresa, the Espai Jove from Manresa and the Click photography festival from Cabrianes. These activities were attended by more than a hundred people.

Circulation was a project reflecting upon the uses of public space, mixing popular and artistic codes, and bringing together two very different concepts: a community walk and a process of artistic research. Throughout the walk, participants became image-collectors. All images taken during the walk were valid, proof of the actual state of the stretch of the Transhumance path which used to connect Avinyó and Manresa. The 'via pecuaria' used to go through the Paseig Pere III. After the walk, a festive conclusion was proposed: a popular lunch in the middle of the path, to celebrate the end of the activity and the collection of images.

Activities:The walk took place on June 9th, 2012 ending with a traditional Catalan lunch at the Casino of Manresa. The Circulation project was presented at the iD MANRESA 2012 Seminar, July the 7th, 2012.

- A series of workshops preceded the walks, including: Mobile telephone devices and Images, Circulation on the Internet, on Tuesday 1 May, and again on Wednesday 23rd May, in the Espai Jove, Manresa (www.manresajove.cat ); Enjoying is the best source of inspiration. Saturday 12th May, Ca la Samson, Manresa (www.calasamsona.org); Photography and gender safari. Tuesday 15th May, SIAD, Manresa; How does the camera work?, as well as a photographic safari, on Wednesday 16th May, IES Cal Gravat. Manresa; How does the camera work? on Saturday 2 June at Clic Cabrianes (www.clic.cabrianes.org); and Taking pictures of nature, along with a morning walk, Sunday 3rd June, Centre Excursionista d'Avinyó (www.ceavinyo.org).

Special correspondent in personal, family, domestic and intimate conflict zones. Recently, she has discovered the powers of team work and the power of activist photography. She has specialised in research projects and photographic essay. Founder member of the "NoPhoto" collective and of the office for development of photographic projects 'PingPong Therapy'. Member of the artistic committee of photographic demonstration 'SCAN' (2008 and 2009) and Photography Lecturer for the BA in Advertising at Pompeu Fabra University (2005 to 2012). She has received several awards from different institutions, such as: Fotopress01', Descubrimientos Photoespaña (2002), Artes Plásticas Ciudad de Olot (2004), Honourable Mention in the category of Best Photography Book at Photoespaña Festival (2006), EADC (2009 and 2010), and was winner of the award for cultural projects with groups at risk of social exclusion from La Caixa Foundation (2012). 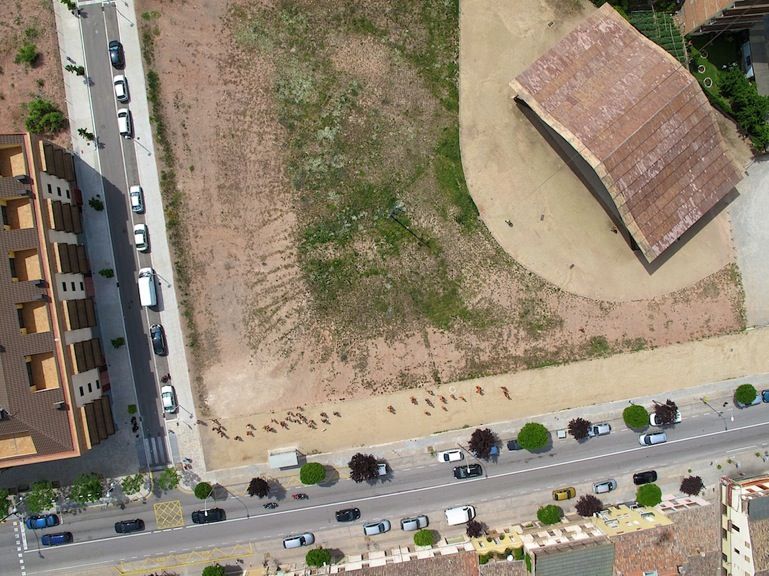 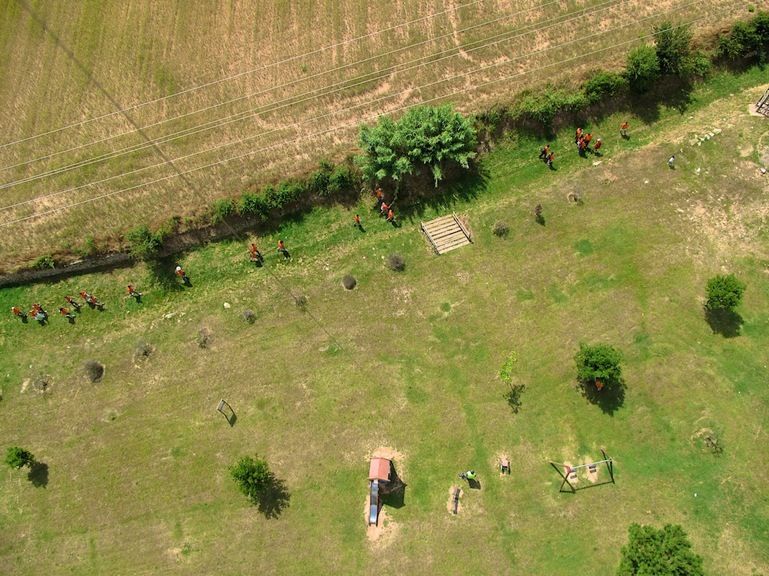 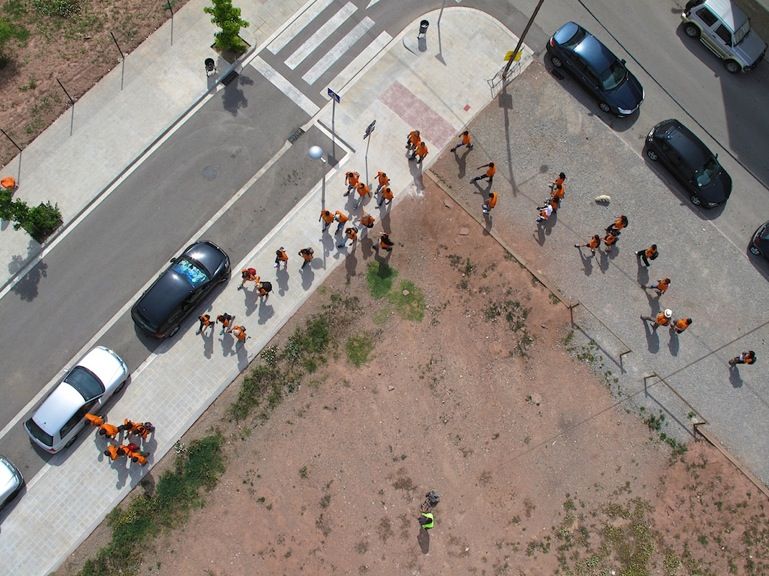