Is an experience about art and everyday life by the artist Nicolás Dumit Estévez, developed between South Bronx and Avinyó, made possible with the collaboration of IDENSITAT and Cal Gras.

It is an ongoing project initiated in 2011.
First Phase: Exchange of experiences and personal stories and, also, production of images between two distant places. Bronx / Avinyó 2011.
Second Phase: Convert to post-cards the images generated by the group of elder people from Avinyó and the Bronx. 2012
Third Phase: Meeting via Skype, among the Casal de la gent Gran from Avinyó, Catalonia and residents of La Casa de Felicidad in the Bronx, New York. March 2013.

During the spring of 2011 Nicolas Dumit Estevez spent three months exchanging views, experiences and personal stories about the Bronx with the residents of La Casa de Felicidad, a community for retirees. As part of this process, the group members worked on developing art-life actions or emphasising important aspects of their lives in the Bronx, the county of the city of New York with probably the most distinctive personality.

Three months later, Nicolas expanded the conversation on Ageing in the South Bronx, inviting retirees from Avinyó, a town near Barcelona, to participate in ephemeral exchanges during which a reflection on the topic of old age and memory, memories and identity was suggested. Highlight moments of these exchanges were documented in photographs taken by the participants. The images are reproduced on folding perforated strips of postcards which served as archives of the interaction between Nicolas and the residents, and which also provided a vision of Avinyó for future visitors, created by the inhabitants themselves.

A video projection of Ageing in the South Bronx took place in Avinyó on July 2012, helping to open up a conversation about what ageing meant in two distant places, one in Europe and one in the Americas. 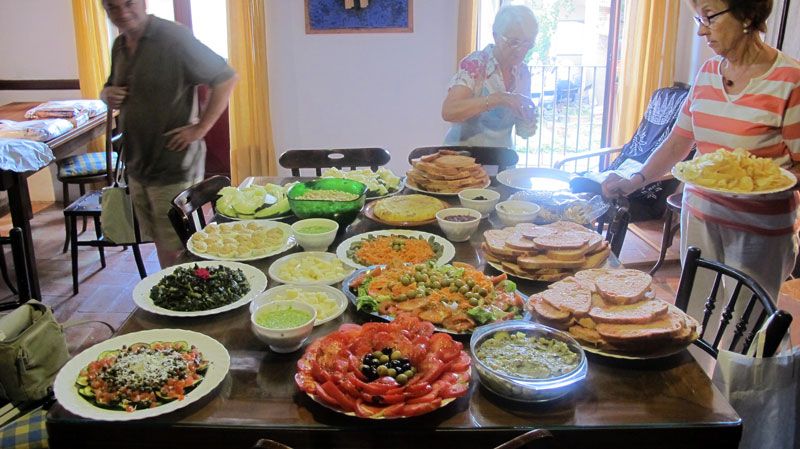 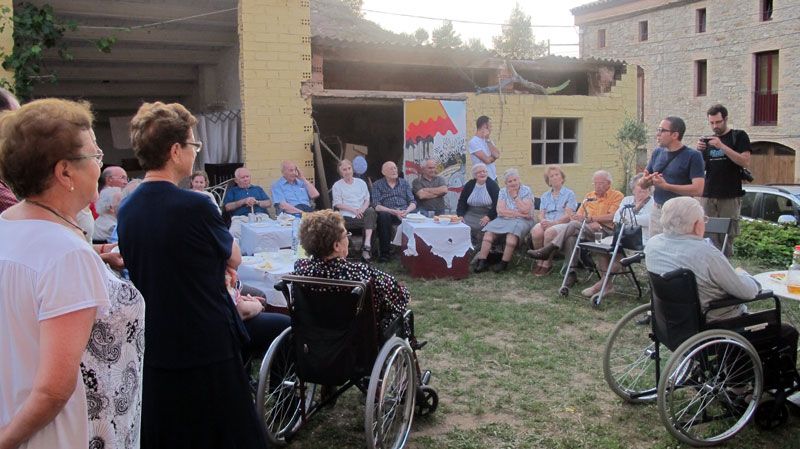 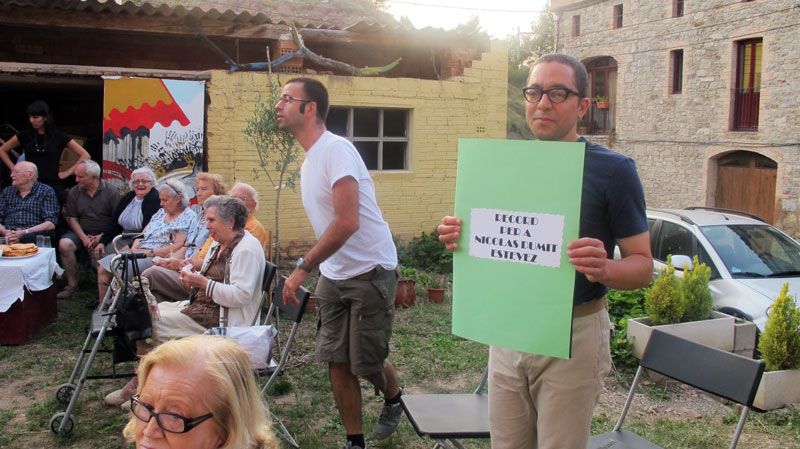 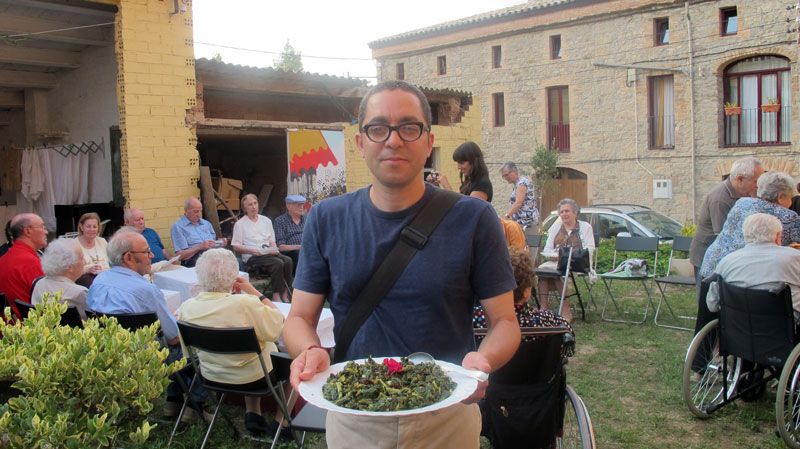 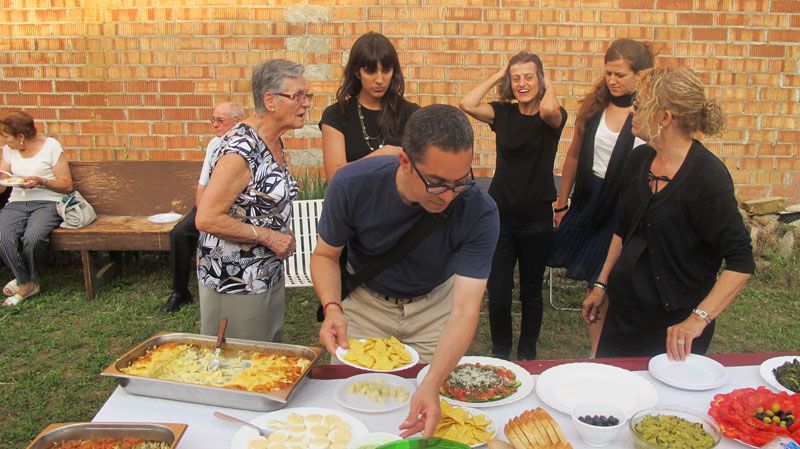 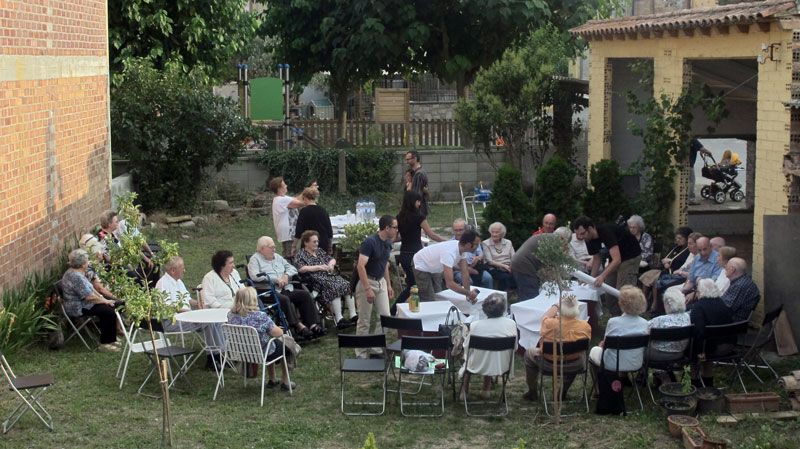 During 2012 a second part of the project consisted in making postcards of the images generated by the group of elderly in Avinyó and the Bronx. These images became an archive for visitors. Also the two groups exchanged their postcards: Avinyó participants, and the members of La Casa de la Felicidad, Bronx.

On March 15, 2013 one of the two groups of seniors from Avinyó, Catalonia and the residents of La Casa de la Felicidad, Bronx, NY will meet on Skype as part of the dialogue intiated by those participating in Records D’Avinyó/Remembrances of the Bronx in 2011.  This current exchange invites a conversation on the commonalities and differences in the day-to-day lives of seniors on two continents that are united – or separated – by the Atlantic. Artist Anna Recasens organizes a snack-action in Avinyó as part of the event.

Thank you to William Aguado, Kathi Pavlick, José Albino, and Longwood Art Gallery for their ongoing support of this art-life experience conceived by Nicolás Dumit Estévez for IDENSITAT.

Nicolás Dumit Estévez, born in Santiago de los Caballeros (Dominican Republic) in 1967, works and lives in the Bronx (New York) and is an interdisciplinary artist working with multidisciplinary installations and performances. He often satirises and criticises Latin American stereotypes. Through food, clothing, rituals actions, often with invitations to the audience, Estevez dismantles prejudices and attitudes which isolate migrants as strangers. Using indicators such as clothes or universal cultural cuisine, Estévez transforms discriminatory social conventions into acts of sociability and sharing.