For four days, Calaf will have its own television channel. Come and give your opinions, sing,curse, speak,dance, cook, discuss! Plató Volant offers exciting programming including Farcellets (documentaries and archive material), Broxetes i Brioxos (the freshest live broadcast), and not forgetting the coolest videomix of the Solstice, the Day of Music.

You can see us in http://horitzo.tv or come to Ca l'Escloper of the Plaça dels Arbres! From Thursday, the 25th until Sunday, the 28th of June, 2009 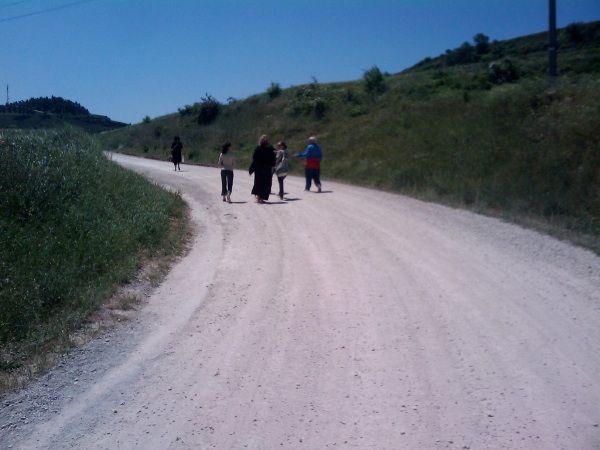 As a laboratory, the LUL team investigates ways, modes, and attitudes of living. We are a multi-faceted organization, comprised of artists, landscape architects and curators. LUL questions contemporary urban issues through varied actions, including exhibitions, original projects and cooperative ventures in urban communities. LUL's attitude is founded in sustainability and cooperation between planners, artists, residents and local municipalities. LUL translates the Toolkit anew with each project. Coming from outside of the local context, the design for a specific project in a specific location occurs only follows familiarity with the location’s social, cultural and physical topography. The project "Translating Landscapes" centres on the effects and realities of immigration (and migration) both to and from Europe. The project focuses on the sensation of home, in direct relation to collective and individual memories of landscape and notions of territory. "Translating Landscapes" creates an outdoor space that presents the relationship between the two landscapes. Together with the local community, LUL creates a platform on which diverse cultures may cohabit.

The artist Josep Maria Martín has been working on a project for Calaf since last December. He has made thirty or so interviews of people living or working in Calaf who bring content, criterion and specific data to the intended development of the project. This project is synthesised as a greenhouse, relating culture to landscape. Through the construction of a series of temporary gardens that will change the appearance of different demolition sites around the village, currently empty due to construction work being delayed until better circumstances arise.

Advantage could be taken of this temporary situation to generate green spaces, which could, for the time being, significantly alter the urban landscape and the inhabitants self-esteem as well. Included within Josep Maria Martín's work process, a debate took place last Saturday 18 April to which those people who had participated in the previous interviews were invited. During the debate, the full meaning of this initiative was shown, an initiative which would allow Calaf to pioneer a project that relates participation in, and reflection upon, the construction of temporary public spaces.

For some years, Josep-Maria Martín's artistic projects have focused upon the creation from art of new strategies of intervention in specific structures of society. With a subjective, self-questioning will, he questions and criticizes the reality in which he decides to work. His pieces emphasise the ideas of process, research, participation, involvement and negotiation, turning those agents chosen for each project into true generators of a common project.

Josep-Maria Martín's artistic projects, being multidisciplinary processes, lend themselves to interpretation through each discipline of those agents participating in the works. For example: for the artist, they are pieces of contemporary art, for an architect, they are architectural projects, for a social worker, they are community projects, for a politician, they are projects about social policies of negotiation, housing, immigration, etc. By his method of work Josep M Martin involves many other people.In this case HivernacleCultural becomes a device to gather collective involvement and which in the future may become a research space where culture and landscape can be the fundamental axes.

Next June in Calaf, a workshop will take place with Josep Maria Martín in collaboration with Jean Nicola Fauchille and some of the participants in the phase of debates. The workshop is open to all those Calafins who wish to participate, and will count with high school students from the IES Alexandre de Riquer and students of different degree courses in the areas of design, architecture, art, cultural management or anthropology, attending from different universities.

iD Barri_Calaf This workshop is the first part of iD Barri, a project linked to IDENSITAT#5 that explores the idea of neighborhood through the relation between art, social creativity and transformation of the environment. Like previous activities in this workshop iD Barri_Calaf a seminar will take place in October this year. To carry out this workshop as well as the seminar, the council of Calaf and Idensitat have succeeded in becoming part of the programme ARTWORK'09 of the Regional Government of Barcelona, subsidized by the programme of Innovative Projects and sponsored for the Service of Employment of Catalonia and cofunded for the European Social Background|. This program has been granted to 11 towns of the province of Barcelona notable for their involvement in contemporary art. Calaf with Idensitat is part of this select group of towns. 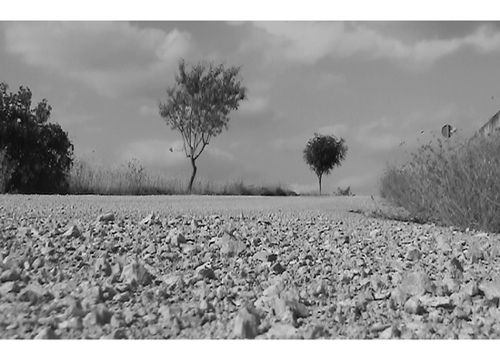 There's a universe inside and outside you

Interventions of Walter Gam in Calaf

From the beginning of June to the 15 of July, the Brazilian artist Walter Gam, From Belo Horizonte made a stay in Calaf as part of Idensitat 5. During these days developed several actions that included a joint work with pupils of primary consistent to creating some flags to be placed in the 5 points of access to the village. Another of his actions was the distribution, in the urban space of Calaf, of different messages inviting to the reflection. Apart from these participative actions Walter Gam carried out a set of videos of short duration highlighting the characteristics of the place, which describe his perception of the village: the marinada, places... On finishing his stay was offered a public presentation of his work, sharing table and tasting products of the zone.

To bring limits, spaces, changes, persons into relationship ... to recognise the different universes which occupy the same space through acts which they inscribe on its life and its landscape. 30 flags created by children of 6 to 10 years of age, to represent their imaginary spaces , wave at 5 points marking different entries to and exits from Calaf. In the town a series of messages are mixed with the everyday landscape, creating symbolic spaces. Finally a transformed space will offer a meal, a relational space where anyone may approach and enjoy conversation and food, as well as many different aspects of the work developed by Walter Gam during his stay in Calaf.

During the week from May 18 to May 23, Horitzó.tv completed the previous part of its project Plató Volant, developed in Calaf for IDENSITAT. Between next June 22 and 28 it will be broadcast live.

From 23rd till 29th of April, as part of the project Traces of Autism an inventory of public space in Manresa and Calaf was made. The artists (Jozua Zaagman, Maartje Dros and Jacqueline Schoemaker) see public space as uncontrolled space, space of transgression, space of need. The artists drew a grid of north – south lines, 200 meters apart, on the topographical maps of Calaf and Manresa and set out to walk the closest possible route along the straight lines.

By following this objective spatial course, they avoided the distraction of (a pre-knowledge of) highlights, points of interest or promising alternative lines. They tried to walk without preconception and without expectations, staying as closely as possible to the lines on their grid, to the position of the idiot, the ignorant.

“For us, walking is not a metaphor for something else. It is the physical experience of the long, non-comfortable walks itself that constitutes the map. We continually cross boundaries by not following the socio-economic routes of an urban environment but walking a meaningless line instead. We are also continually exposed to the limits of controlled and uncontrolled space by walking”.

The grid allows the artists to make an objective inventory of public space. As they walked along the lines, they noted traces and indicators of controlled space (for example, cash machines, cameras, garbage containers, development signs, tourist walking route sings) and uncontrolled space or informal uses of space (for example, illegal waste, handwritten texts, brothels, call shops and places for informal money transfer). Together, these different spots on the grid will show the particular urban infrastructures of Calaf and Manresa. They will return in autumn to make a work from the data they collected.

Images related to the inventory: 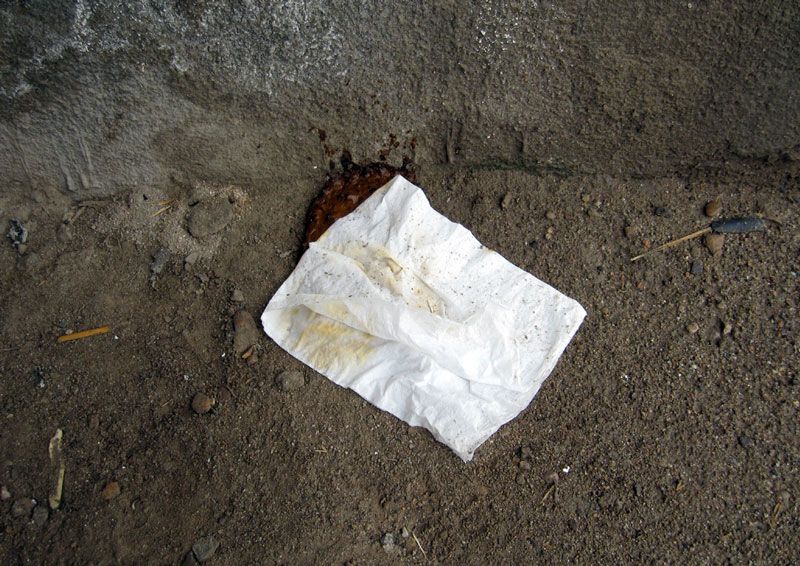 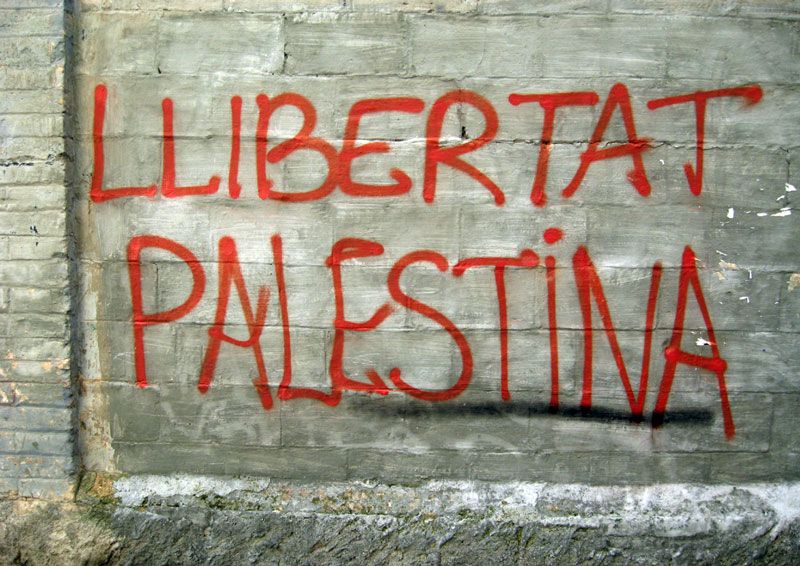 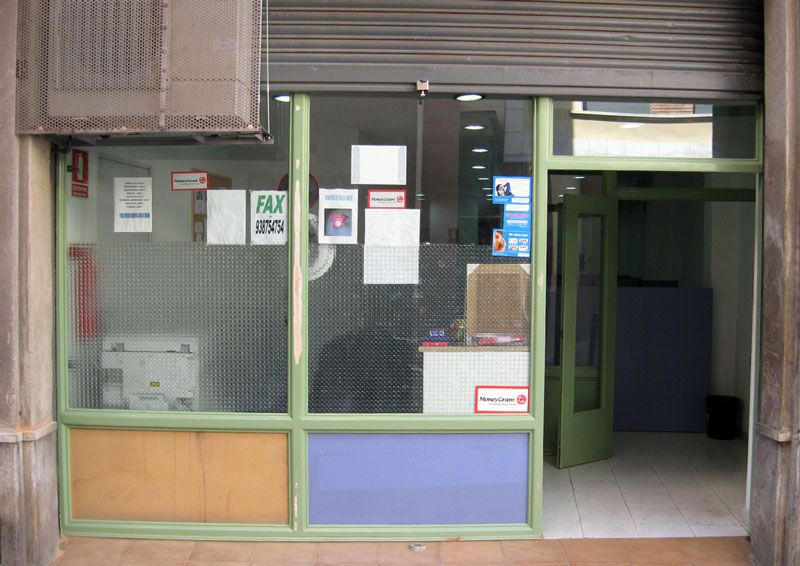 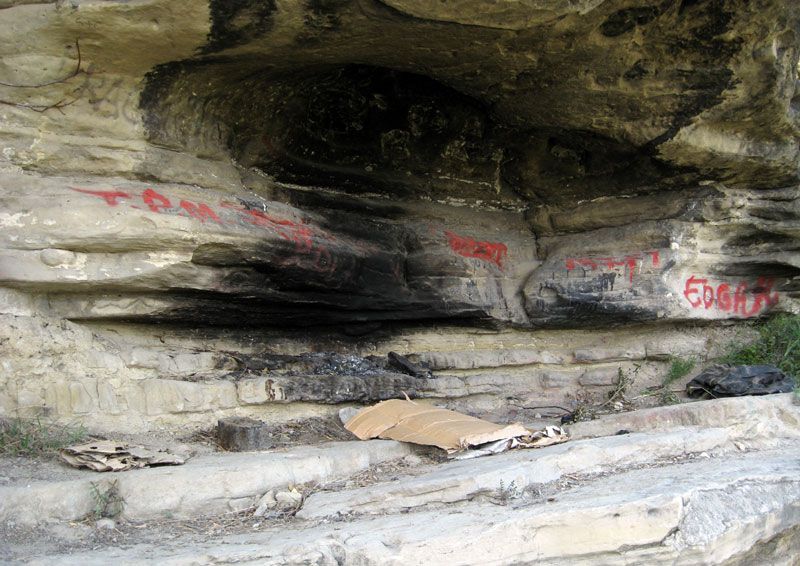 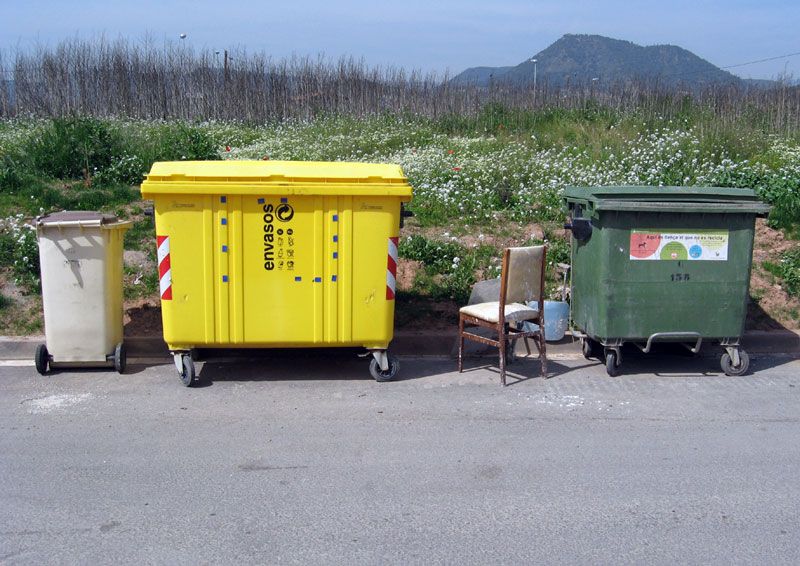 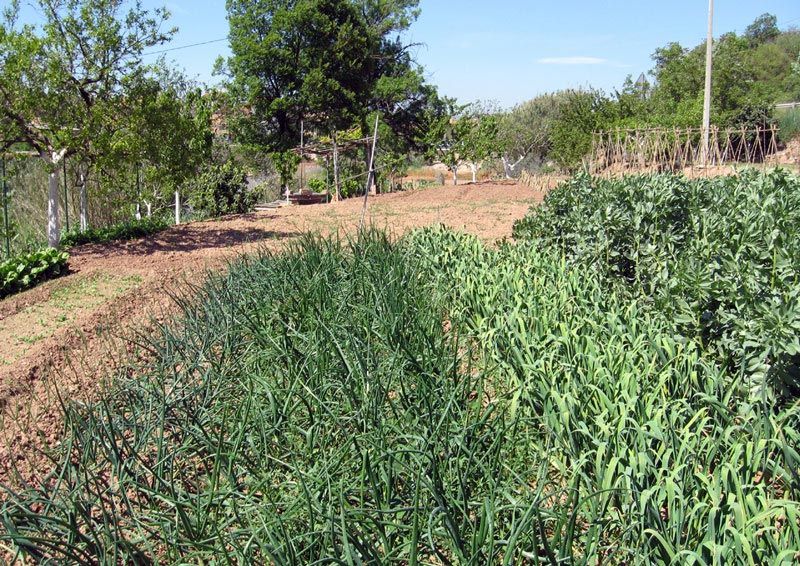 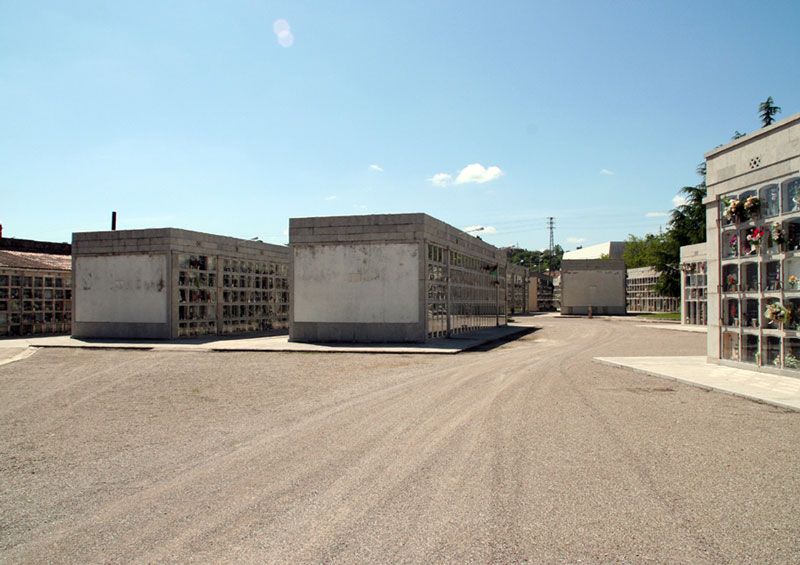 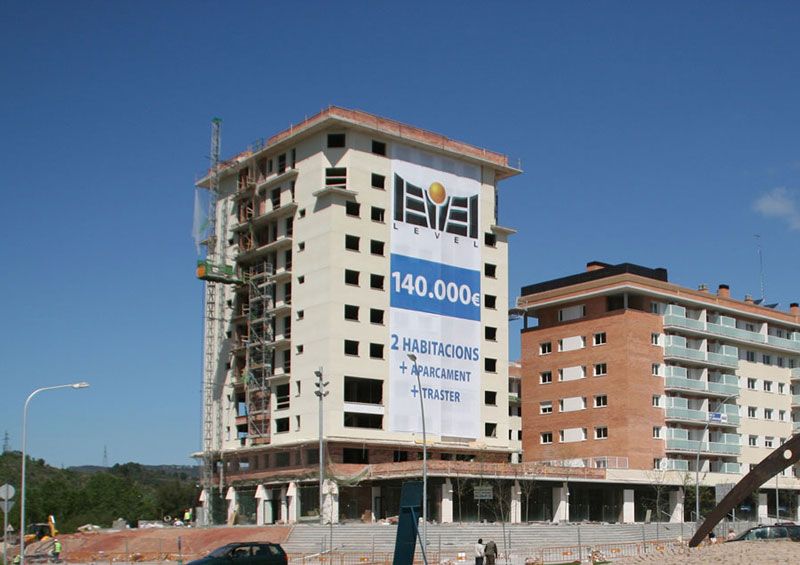 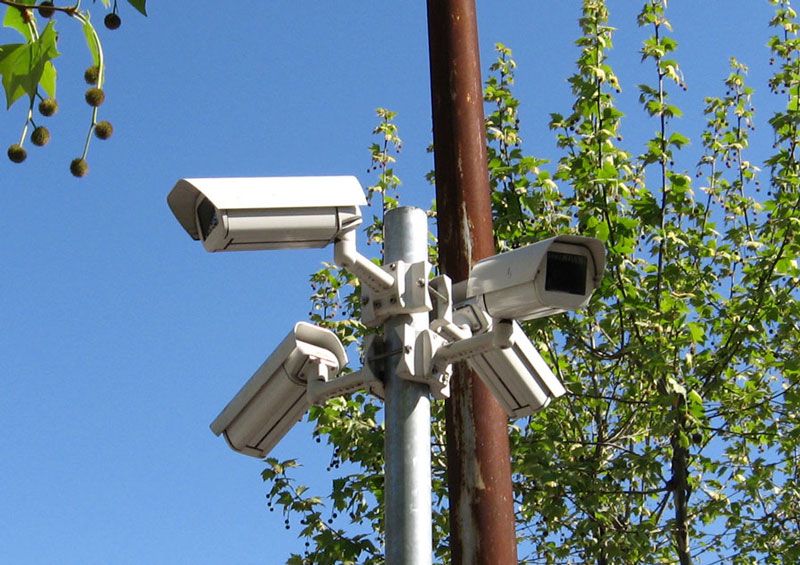 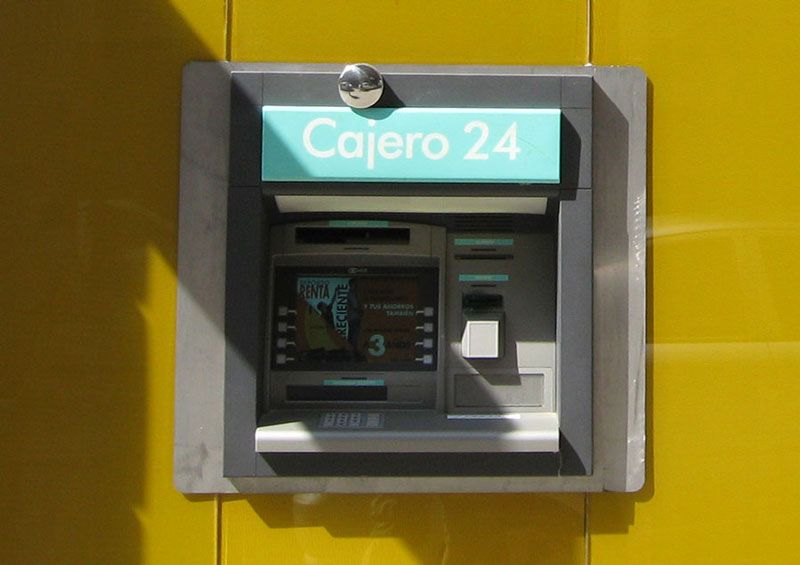